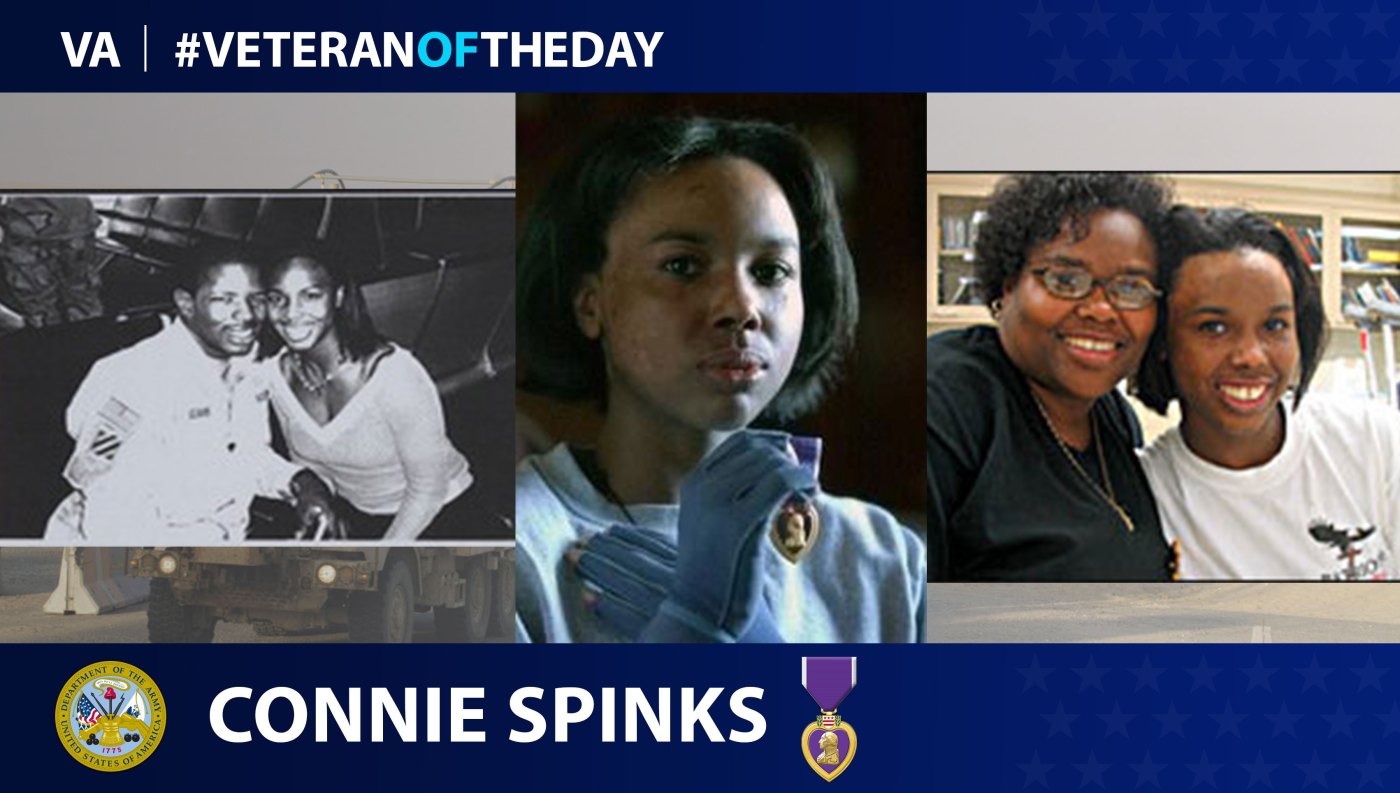 Connie was born in Asheboro, North Carolina and graduated from Southwestern Randolph High School in 2000. After graduating high school, Connie enlisted in the Army Reserve. She attended basic training at Fort Jackson, South Carolina and then training for her specialty as a civil affairs specialist at Fort Bragg, North Carolina.

Connie was activated in 2001 and again in 2002. In 2004, she was deployed to Iraq. In October 2004, Connie was on a mission in Nineveh, Iraq to take photographs of a city market that was being rebuilt. While returning from the mission, an unknown automobile packed with explosives rammed her vehicle and exploded. The blast ejected Connie from the turret, burned her face and hands, broke her femur, shattered her right ankle, fractured her left ankle, broke two fingers and perforated her eardrums.

Connie was initially treated at a hospital in Mosul, Iraq and then transferred to Landstuhl, Germany for two days. She was then transported to the Brooke Army Medical Center at Fort Sam Houston, Texas for rehabilitation and occupational therapy.

Connie was awarded the Purple Heart, which Denzel Washington helped present to her while she was recovering.

In 2005, she would meet her future husband, Albert Ross, at the physical rehabilitation center in Texas and they would marry in 2007. In 2017, they did a ten-year vow renewal at the doorway of the place where they initially met.

Connie currently resides with her husband and three children in San Antonio, Texas where she works as a teacher.

Thank you for your service, Connie!