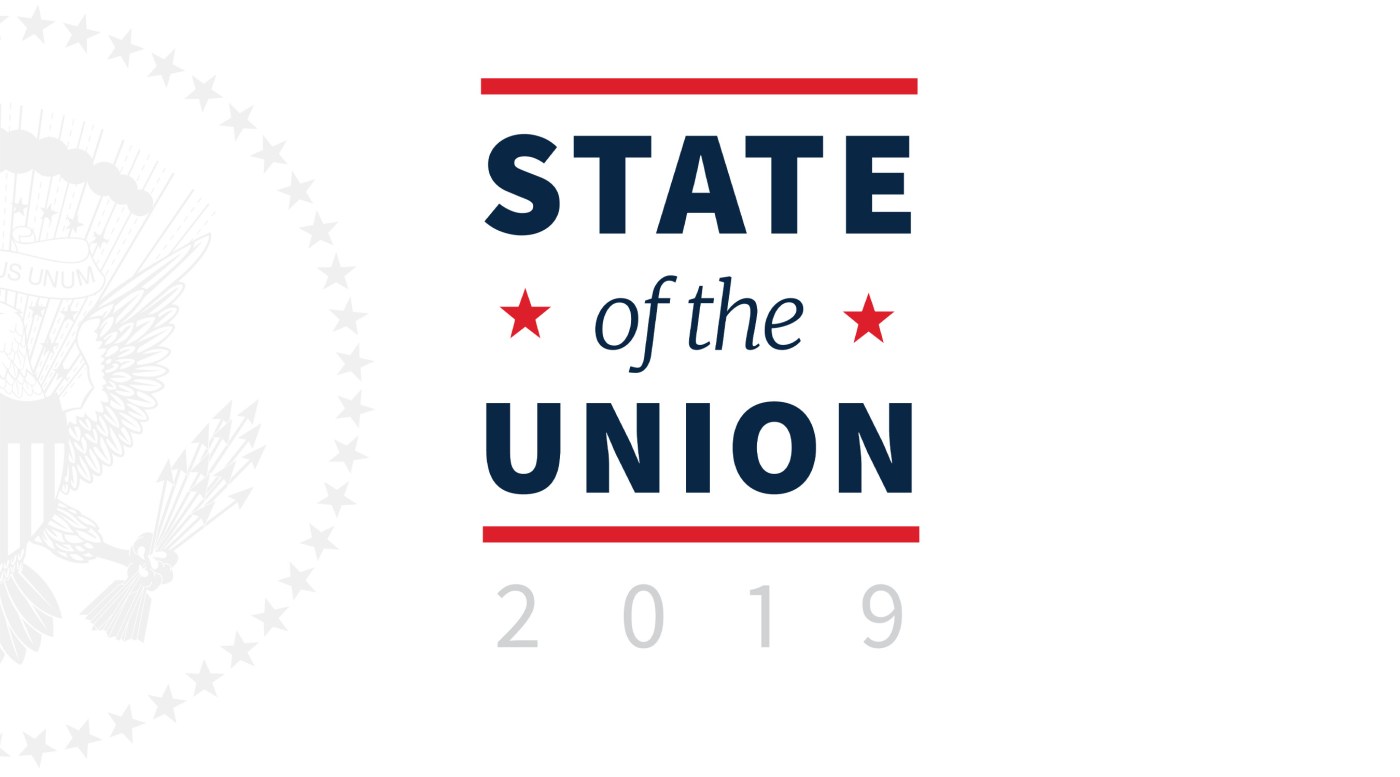 President Trump’s second State of the Union address was his platform to introduce the “agenda of the American People.” For more than an hour and 20 minutes the president challenged Americans to choose greatness, paid homage to crucial moments in our country’s history and expressed his continued commitment to improving VA for our Veterans.

“This year, America will recognize two important anniversaries that show us the majesty of Americas mission, and the power of American pride,” said Trump.

The president first honored D-Day Veterans Pfc. Joseph Reilly, Staff Sgt. Irving Locker, and Sgt. Herman Zeitchik. The special guests, who fought to liberate Europe 75 years ago during World War II, were greeted by a standing ovation. Buzz Aldrin, an Air Force Veteran, Apollo 11 crew member and one of the first men to walk on the moon, was also honored by the president.

“In the 20th century, America saved freedom, transformed science, redefined the middle class, and when you get down to it – there’s nothing anywhere in the world that can compete with America,” said the President. “Now, we must step boldly and bravely into the next chapter of this great American adventure.”

Images courtesy of the White House

President Trump also highlighted the bipartisan nature of VA reform and how – after decades of trying to address issues – improvements were finally made to the transparency and accountability of the department.

“VA is giving Veterans more choice in their health care decisions with the historic MISSION Act and improving transparency by becoming the first hospital system in the nation to post publicly wait times, opioid prescription rates, accountability, settlements, and chief executive travel,” said Wilkie. “The department is also increasing accountability and protecting whistleblowers with the VA Accountability and Whistleblower Protection Act, and overhauling the disability claims and appeals processes to create a simplified system for filing to provide Veterans with clear choices and timely decisions.”

President Trump’s historic VA reform is bringing accountability to our department. Veterans and VA employees can be proud of the new VA we are building #SOTU @WhiteHouse @realDonaldTrump pic.twitter.com/GmeVHxJiDn

In addition to transparency and accountability, VA has also improved our Veterans’ overall experience. As Secretary Wilkie’s top priority, customer service has become the driving force behind innovative practices that place Veterans ahead of bureaucracy.

Examples of positive transformations in the department are:

Watch the 2019 State of the Union address in its entirety below.