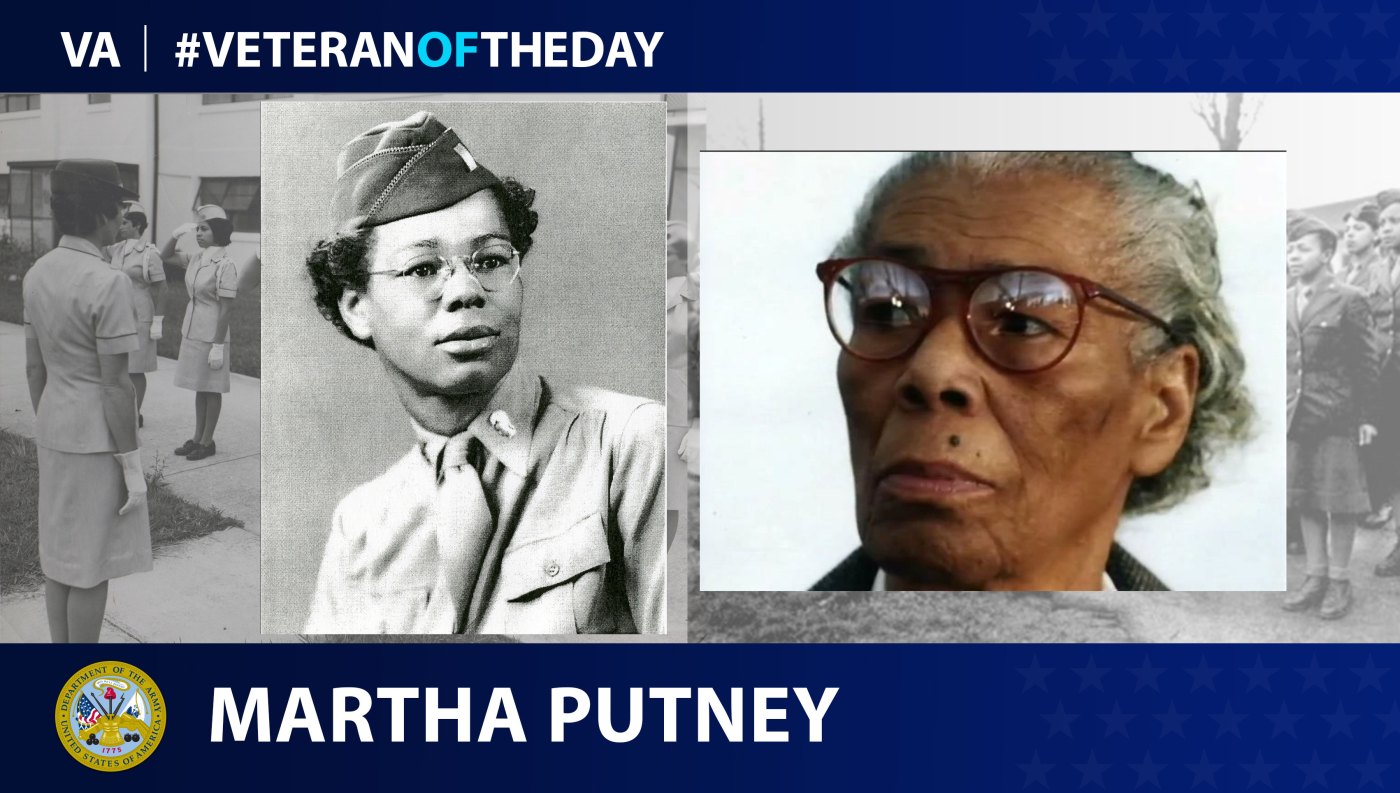 Born and raised in Norristown, Pennsylvania, Martha had been determined from a young age to earn a college degree. In 1935, Martha had earned enough money to attend a year of college at Howard University. While attending, Martha was recruited by a congressional candidate to garner votes from the black community, and in return, was given a full scholarship to continue her education. She ultimately graduated from Howard University with a bachelor’s degree in History and a master’s degree in Modern European History.

After completing college, Martha applied to work in the district school system, but lacked the personal connections to get the job. Instead, she applied for a position with the War Manpower Commission and received a job as an assistant stockroom clerk. After spending time with the War Manpower Commission, Martha became aware of the newly formed Women’s Army Corps and decided to take the Army General Classification Test. Having done well on the test, Martha was invited to formally enroll with the Women’s Army Corps and after enlisting, was sent to Fort Des Moines, Iowa. There, she received basic training and adjusted to working in a military which was still largely segregated.

Following basic training, Martha was assigned to administration school and later officer candidate school. On July 7, 1943, Martha completed her training and two months later was assigned as a supply officer, responsible for maintaining provisions. While working as a supply officer, Martha applied for and was accepted to adjutant general school at Fort Sam Houston, Texas. After completing adjutant general school, Martha was assigned as a troop commander at the Army Air Force Base in Midland, Texas before being sent back to Fort Des Moines, where she worked with the special training units. While there, Martha used her position to effectively desegregate the pool at Fort Des Moines.

From Fort Des Moines, Martha was sent to Chicago, Illinois, where she served as a commanding officer of a hospital company. She remained in this position throughout the war until the company was decommissioned in July 1946. After leaving Chicago, Martha was assigned to Fort Custer, Michigan before being granted a transfer to Fort Wadsworth in Staten Island, New York.

Martha was discharged from the Women’s Army Corps in 1946 at the rank of first lieutenant. Following her discharge, Martha used her benefits under the G.I. Bill to enroll in the doctoral program at the University of Pennsylvania, ultimately earning a PhD in European History. She went on to achieve notoriety for her contributions to the civil rights movement and her work chronicling the history of African American service members.