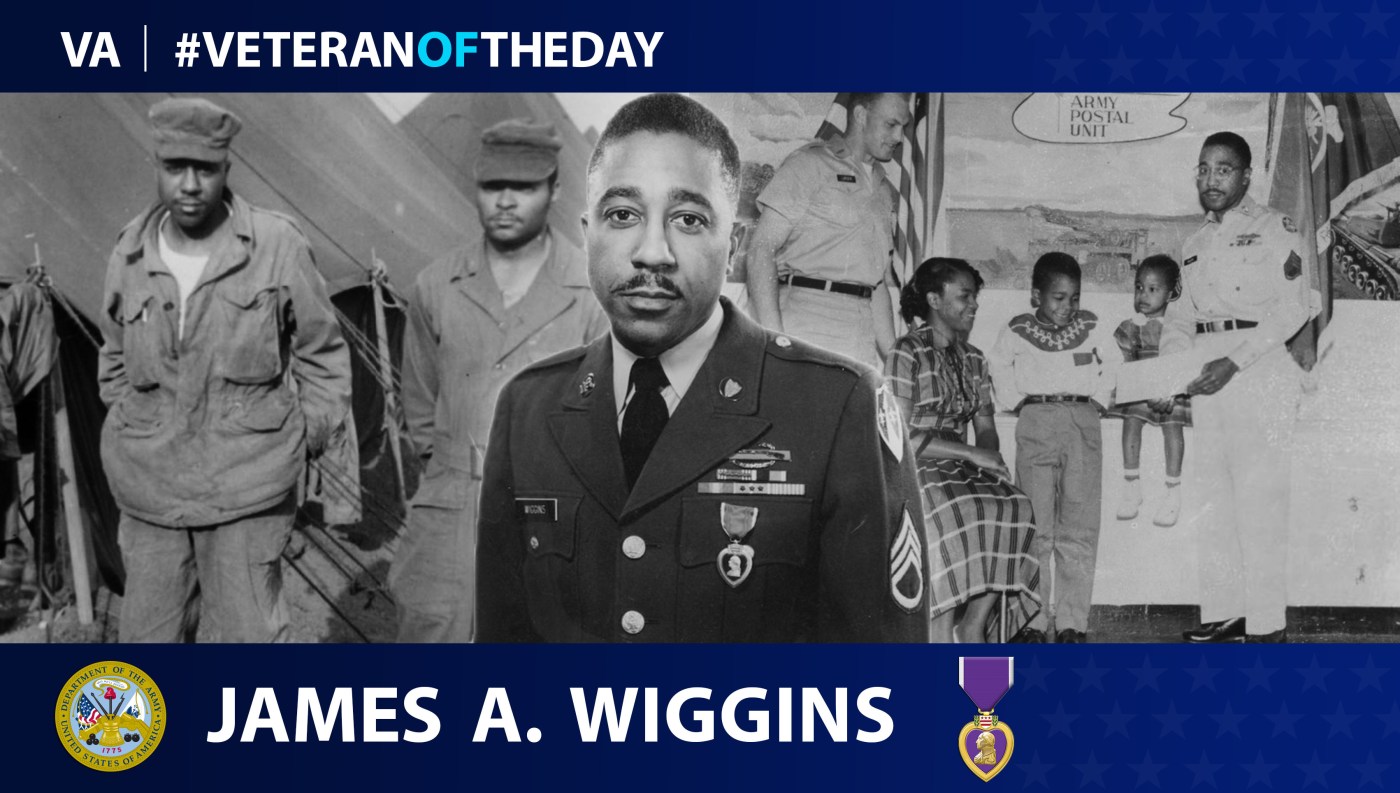 In 1948, while living in Augusta, Georgia, James enlisted in the United States Army. Shortly after, James was sent to Fort Knox, Kentucky, where he received eight weeks of basic training and was assigned to the all-black 159th Field Artillery Unit.

James and his regiment arrived in Pusan, Korea on July 4, 1950. Nine days later, he was hit by shrapnel while engaging in combat with enemy forces. James recovered from his injury and continued to serve until he received a disabling injury to his left leg and foot preventing him from staying in Korea. James was awarded the Purple Heart for his wounds.

After recovering from his injuries, James returned to serve in the military. He did a tour in Vietnam before being assigned to the Military Trade Management and Terminal Service Unit of the Pacific North West in Seattle, Washington.

After serving for 21 years, James was discharged on Oct. 10, 1969 at the rank of sergeant first class.

Upon leaving the Army, James worked with the National Oceanic and Atmosphere Administration before retiring in his home state of Georgia after 24 years. James passed in May 2011.