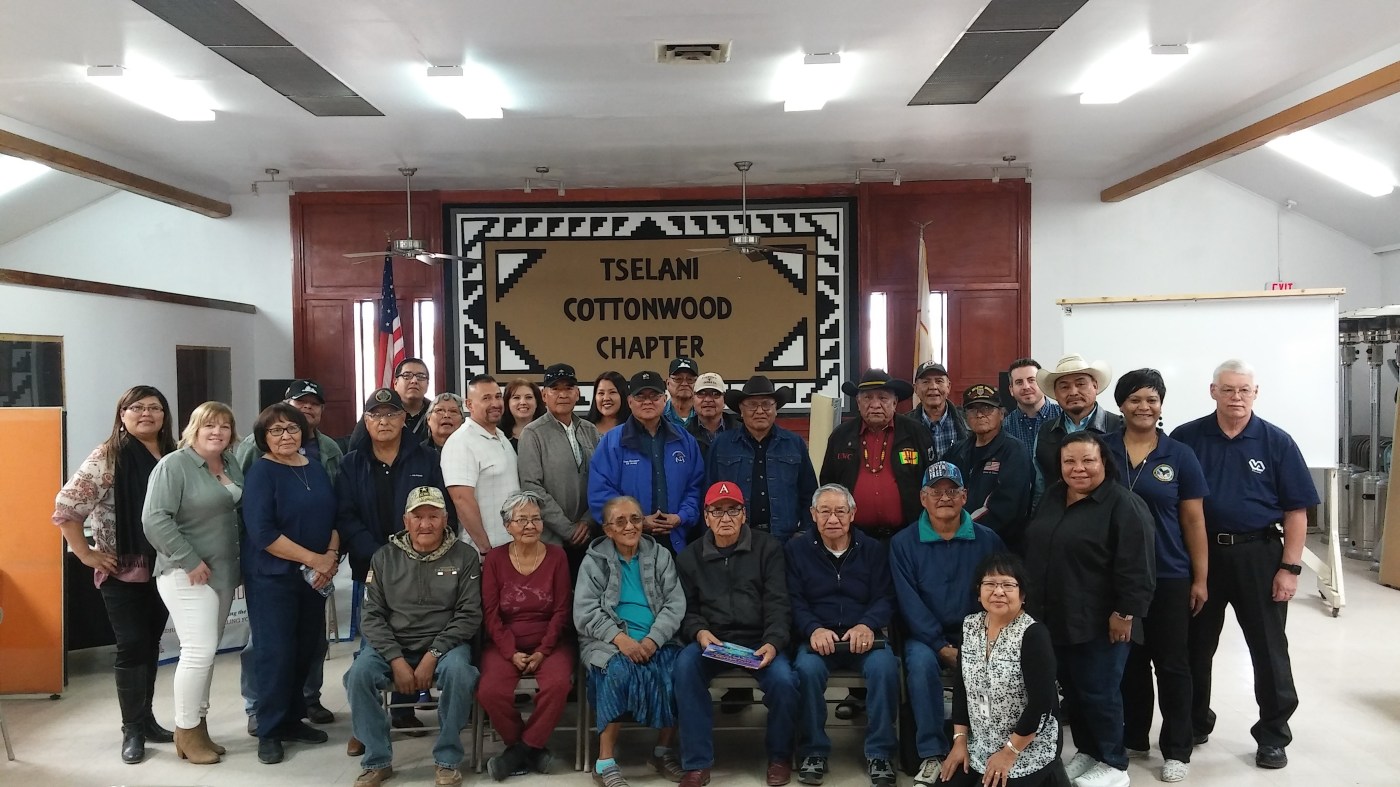 This time last year, VA was getting ready to launch a nationwide campaign to roll out Veteran disability enrollment claim events with 24 tribal communities. The campaign, Your Service. Our Mission: Bringing Benefits Home, kicked off March 2018 and wrapped up with a total of 32 events spanning 11 states.

One of the most significant highlights was the amount of VA benefits approved for tribal Veterans who may not have otherwise received VA benefits due to the rural geographical location of the tribal community. More than 1,100 Veterans participated and submitted 730 claims. One tribal Veteran’s compensation tripled while another received a check for $20,000 in back pay.

“Our main focus was to work with tribal governments to encourage and assist Veterans across Indian Country to apply for the benefits they earned through their military service,” said Stephanie Birdwell, director, VA’s Office of Tribal Government Relations. “This helps VA enhance and improve the experience for all Veterans and their families.”

Birdwell was quick to point out that the presumptive condition campaign would not have succeeded without the support of VA’s Benefits Assistance Service, VBA Regional Office leadership and staff, State Departments of Veterans Affairs, and national Veteran Service Organizations.

VA benefits staff, service officers, and health care personnel were on hand at each event to review claims on the spot, with the goal of completing the claim same day.

“Many tribal Veterans and families may not realize VA presumes that certain medical conditions are related to military service, although these conditions may first appear after discharge,” said Frueh.  “In addition, a spouse may be eligible for certain benefits when a Veteran dies as a result of what VA calls presumptive disabilities.”

VA reached out to more than 500 tribes with announcements about the campaign and an offer to host an event.

“While we initially had interest from 20 tribes, word spread and tribes saw the tremendous benefit of the events,” said Birdwell. “In the end, we were able to reach 24 tribal communities, with some requesting multiple events in different locations to reach more people.”

Hosted by VA and the Navajo Nation, Indian Country’s first presumptive claims event took place last March at the communities of Many Farms and Cottonwood/Tselani, Arizona. During this two-day outreach event, 88 participants were assisted and 49 claims for benefits were processed by VA employees.

“As an outreach specialist, I always enjoy getting out of the office and working directly with the Veterans we serve,” said Monica Cabrera, public affairs officer, Phoenix VA Regional Office. “Having the opportunity at Many Farms and Cottonwood was rewarding for me emotionally and professionally. Veterans have contributed significantly to the economic sustainability of Indian Country, and I hope they left the event knowing how appreciative we are for their service.”

On Aug. 3, 2018, VA staff participated in a claims event with the San Carlos Apache Tribe.

Planning is underway to hold more claims events across Indian Country in 2019.