There is an Iwo Jima Monument in South Texas 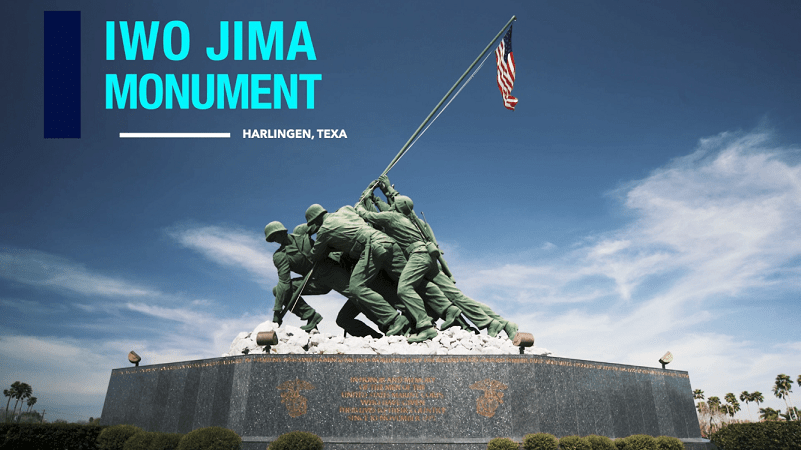 Most Americans know the historic significance of the U.S. Marine Corps War Memorial in Arlington, Virginia, and the iconic image it is modeled after. Few, however, may know that the original, working model used by sculptor Dr. Felix W. de Weldon to create the monument is on display thousands of miles away in South Texas.

Weldon, who worked on the massive sculpture for almost 10 years after World War II, donated the model to the Marine Military Academy in 1981. It was transported to the Rio Grande Valley from his studio in Rhode Island, and was later dedicated on April 16, 1982, at the academy’s parade grounds located at 320 Iwo Jima Blvd in Harlingen, Texas.