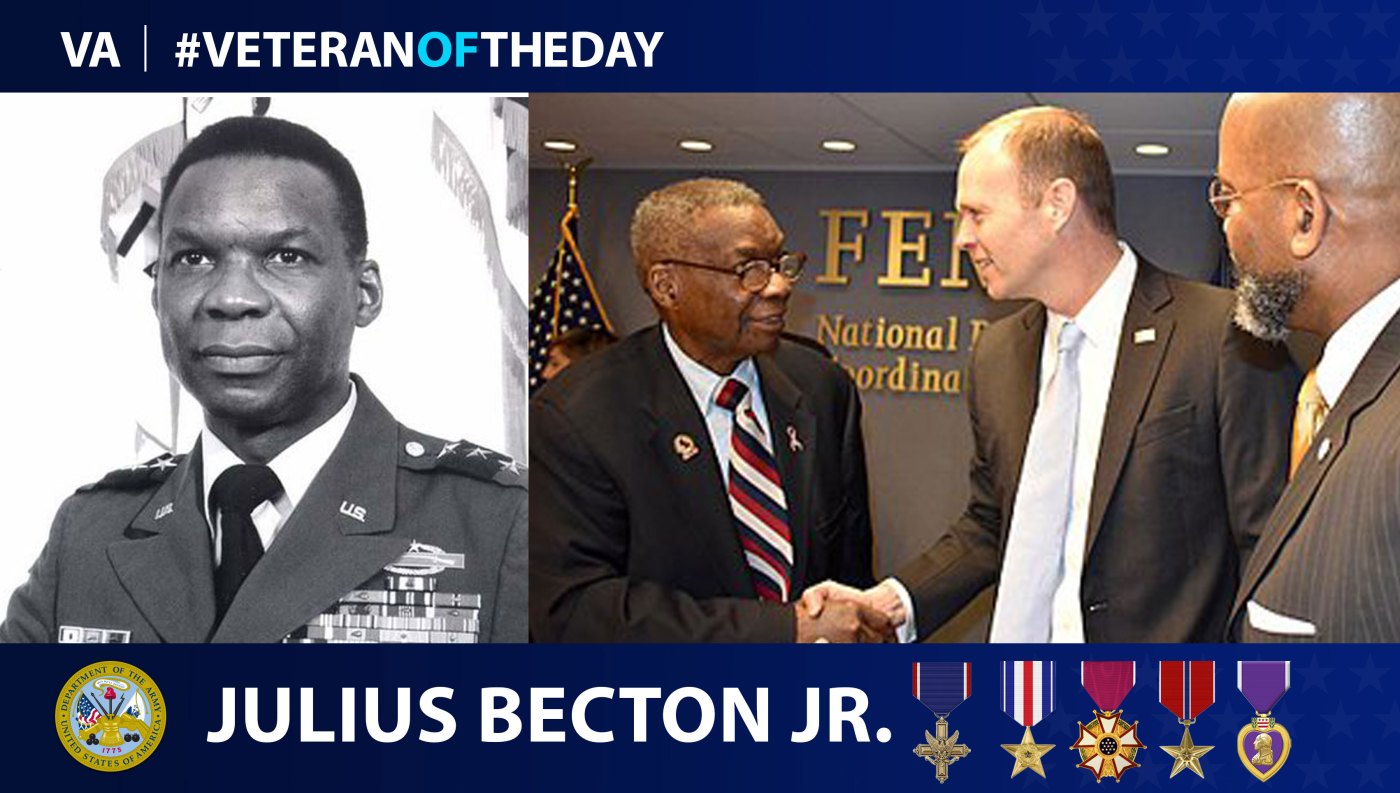 Julius was born in 1926 in Bryn Mawr, Pennsylvania. Julius was the son of a janitor and joined the Army Air Corps in 1944. In 1945, he graduated from Officer Candidate School and was assigned to the racially segregated 369th Infantry Regiment of the 93rd Infantry Division in Morotai Island. During this tour, Julius also served in the Phillippe’s.

In 1947, Julius left the Army and returned to Allentown, Pennsylvania where he was a student at Muhlenberg College and married Louise Thornton. In 1948, he was recalled to active duty into the Signal Corps and assigned to Fort Monmouth, New Jersey. When he returned to active duty, the military had been desegregated.

In 1950, he deployed for the Korean War where he served as a platoon leader for L Company of the 9th Infantry Regiment. During his time in the Korean War, Julius was wounded in action

Julius also served in the Vietnam War as part of the 101st Airborne Division. Throughout his military career, Julius attended Prairie View Agricultural and Mechanical University, the US Army Command & General Staff College, the Armed Forces Staff College, University of Maryland, and the National War College. He eventually rose to the rank of lieutenant general and during the pinnacle of his career, he commanded the VII Corps, US Army Europe in Germany.

In 1983, he retired from the Army. As a civilian, he served as the Director of the Office of Foreign Disaster Assistance in the United States Agency for International Development (US AID), and as the director of the Federal Emergency Management Agency in which he was appointed by President Ronald Reagan.

Thank you for your service, Julius!

Graphic by Tenzin Chomphel. Tenzin is an undergraduate junior at the University of California, San Diego, studying International Politics.