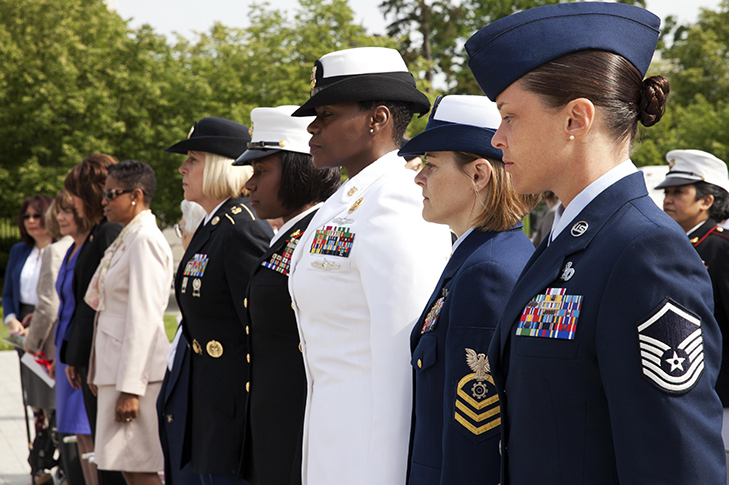 Throughout March people across the country will celebrate Women’s History Month, paying tribute to the vital role women have played in United States history. Generations of women have courageously blazed trails, broken barriers and fundamentally changed our society. At VA, we are proud to spend this month honoring and celebrating women Service members and Veterans for their past, present and ongoing service to our country.


As the daughter of a Navy Veteran and someone who has had the privilege of working to advance Veterans for more than 23 years, supporting women Veterans feels very personal to me. My colleagues, mentors and friends are Veterans—many of them women Veterans. I am proud that here at VA, women are represented at every level throughout our organization. And while studies show that people typically imagine a man when they think “Veteran”—women Veterans have been around for much of America’s history.

Well before the women’s rights movement came along in 1848, women in the military were breaking barriers to serve our county. During the Revolutionary War, women served in military camps as laundresses, cooks, nurses and spies. Up until World War I, women served as soldiers disguised as men. During the last two years of World War I, women were finally allowed to join the military in their own right. Thirty-six thousand women served in that war, and more than 400 nurses died in the line of duty.

Today, about 219,000 women Service members are currently stationed throughout the world filling a diverse range of roles from radio operators, translators, and pilots to rangers. Times have certainly changed.

But while the success of our women Veterans is undeniable, the explosive growth in the number of women Veterans means VA must continue to adapt to better meet their diverse needs—and we are.

I spent the first eighteen years of my VA career in Vocational Rehabilitation and Employment (VR&E) Service —and I know first-hand how essential it is that Veterans receive their benefits and services to put them on the path to a meaningful civilian career. It’s our job at VA to anticipate the services women Veterans need and to provide that to them.

I hope you’ll take a look at the Center for Women Veterans’ new Trailblazers Initiative, which celebrates the contributions of women Veterans who served our country—especially those who blazed a trail for others to follow.

At VA we are proud of our women Veterans, and we will continue to work to ensure that we anticipate and meet their needs as they continue to be a vital part of our military and nation. I extend my thanks to women Veterans who continue your service every day in big and small ways.