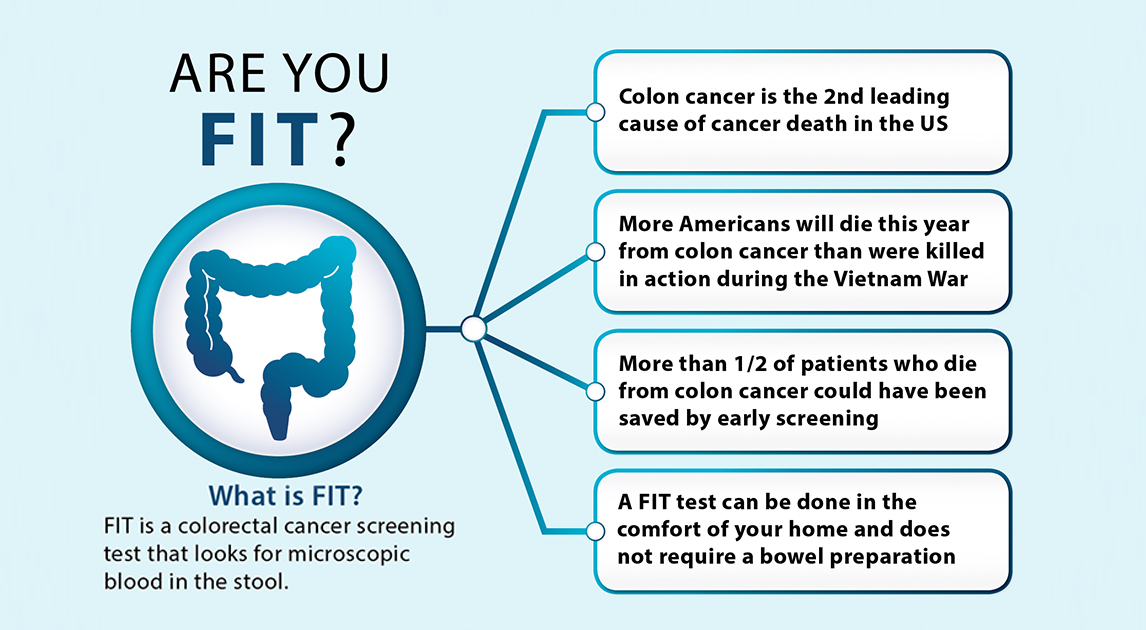 Denise put off a screening colonoscopy for two years. When she finally did, she was diagnosed with rectal cancer.

“I was fortunate. My cancer was in the early stages and surgery offered me a cure. The prep was not that bad. The sedation made me wonder, ‘Is that all there is to it?’ The moral of my story is if I had waited until I had symptoms, it would have been too late.”

Colorectal cancer is the third most common cancer in the U.S. It is also the second leading cause of cancer deaths, behind lung cancer. The yearly death toll from colorectal cancer in America exceeds the total number of American combat deaths during the entire Vietnam War.

The Veterans Health Administration recommends screening for colorectal cancer in adults age 50 through 75.

The decision to screen for colorectal cancer in adults age 76 through 85 should be an individual one, taking into account the patient’s overall health and prior screening history.

Six out ten deaths could be prevented

In the past decade, colorectal cancer has emerged as one of the most preventable common cancers. If all men and women age 50 and older were screened regularly, six out of ten deaths from colorectal cancer could be prevented. Screening is typically recommended for all between the ages of 50 and 75 years. VA diagnoses some 4,000 new cases of the disease each year in Veterans.

March is Colorectal Cancer Awareness Month: A perfect time for Veterans to get screened.

Questions? Here are the answers, including symptoms and how to prevent colon cancer.