Guardians of the Flag: Veterans honor legacy of Vietnam War 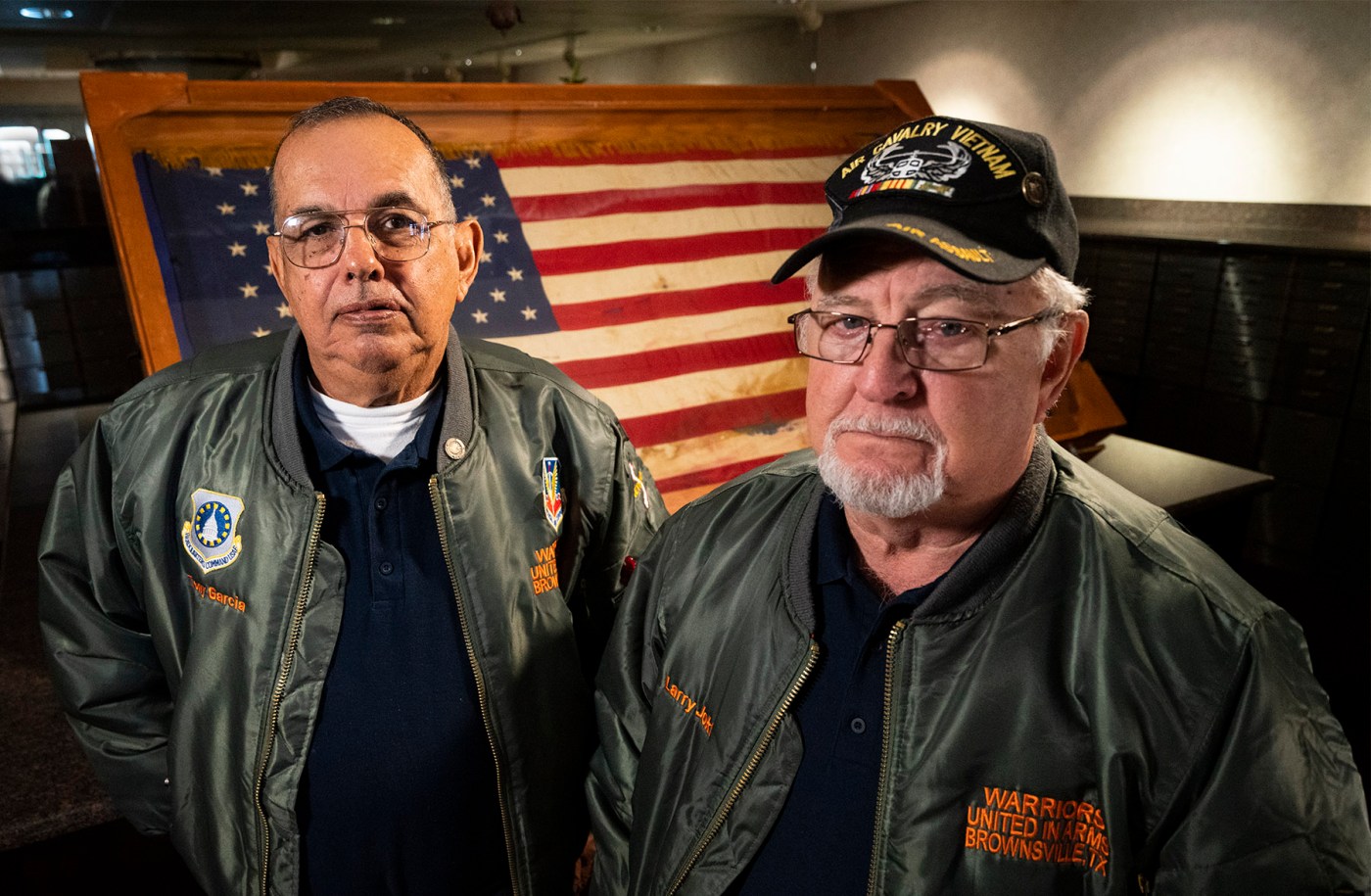 Tony Garcia knew he was in trouble. He was diagnosed with PTSD and was starting to understand why he was feeling disconnected and depressed – but he was still feeling alone in his experiences as a Vietnam War Veteran.

“We were trained to be a sharp blade for fighting,” Garcia said, “but we were never shown how to come back home. I felt like nobody understood me.”

The years of silently dealing with his time in Vietnam as a soldier had nearly caught up to Garcia when he started attending weekly group counseling sessions at the newly established VA Texas Valley Coastal Bend Health Care System in 2011. He and 10 other Veterans were some of the first Veterans to meet in the new space in Harlingen, Texas, and the more his fellow Veterans shared their experiences the more he recognized the similarities in their struggles.

It’s this group of Veterans, and the stories they shared with each other at VA, that Garcia credits with changing his outlook on life and giving him new purpose.

“That gave me the tools I needed to keep moving forward,” he said. “If it hadn’t been for the VA and the therapy – I would still be lost in my depression.”

It was during one of his group meetings that Garcia learned of a special piece of history that somehow found its way to South Texas.

One of the Veterans began talking about his experience at the U.S. Embassy in Saigon before it fell to North Vietnamese forces in April 1975. The Marine and Rio Grande Valley native recalled how in the middle of trying to evacuate the compound he encountered two employees trying to destroy the ceremonial flag in Ambassador Martin’s office. According to the story, the Veteran approached the men who were apparently angry that they would not be evacuated and wrestled the flag from them before they could further damage it.

The Veteran, who asked Garcia to keep his identity private, took the flag home with him to South Texas and kept it in his home for about 30 years. After his wife asked him to get rid of the tattered flag, the Veteran gave it to a friend in a neighboring town with instructions to pass the flag along to another Veteran should he ever need to part with it too.

At that time, it was an amazing story that piqued Garcia’s interest. He felt a connection to the flag even then, but he wouldn’t get to see or hold it until a few years later when his fellow Veterans asked if he would take it.

“They didn’t know what to do with the flag, so they offered it to me,” Garcia said, “and immediately I said I would take it and care for it.”

Garcia, who had recently founded a Veterans organization with several of his friends, decided the flag would not be hung up on a wall in his home or stay in storage. As the Warriors United in Arms of Brownsville, the group would find a way to protect, display and tell the story of the flag they all felt a deep connection with.

Today, the ceremonial flag is encased and held in the main vault at the IBC Bank in Brownsville, Texas. Garcia and his fellow warriors frequently take it to local schools, businesses and events. They tell the story of how the flag founds its way to them, and they explain why it’s such an important symbol.

Vietnam War Veterans Day is part of our nation’s ongoing commemoration of the 50th anniversary of the Vietnam War.

In Accordance With Public Law 110-181 SEC.598; the 2008 National Defense Authorization Act authorized the Secretary of Defense to conduct a program to commemorate the 50th anniversary of the Vietnam War and “in conducting the commemorative program, the Secretary shall coordinate, support, and facilitate other programs and activities of the Federal Government, State and local governments, and other persons and organizations in commemoration of the Vietnam War.”