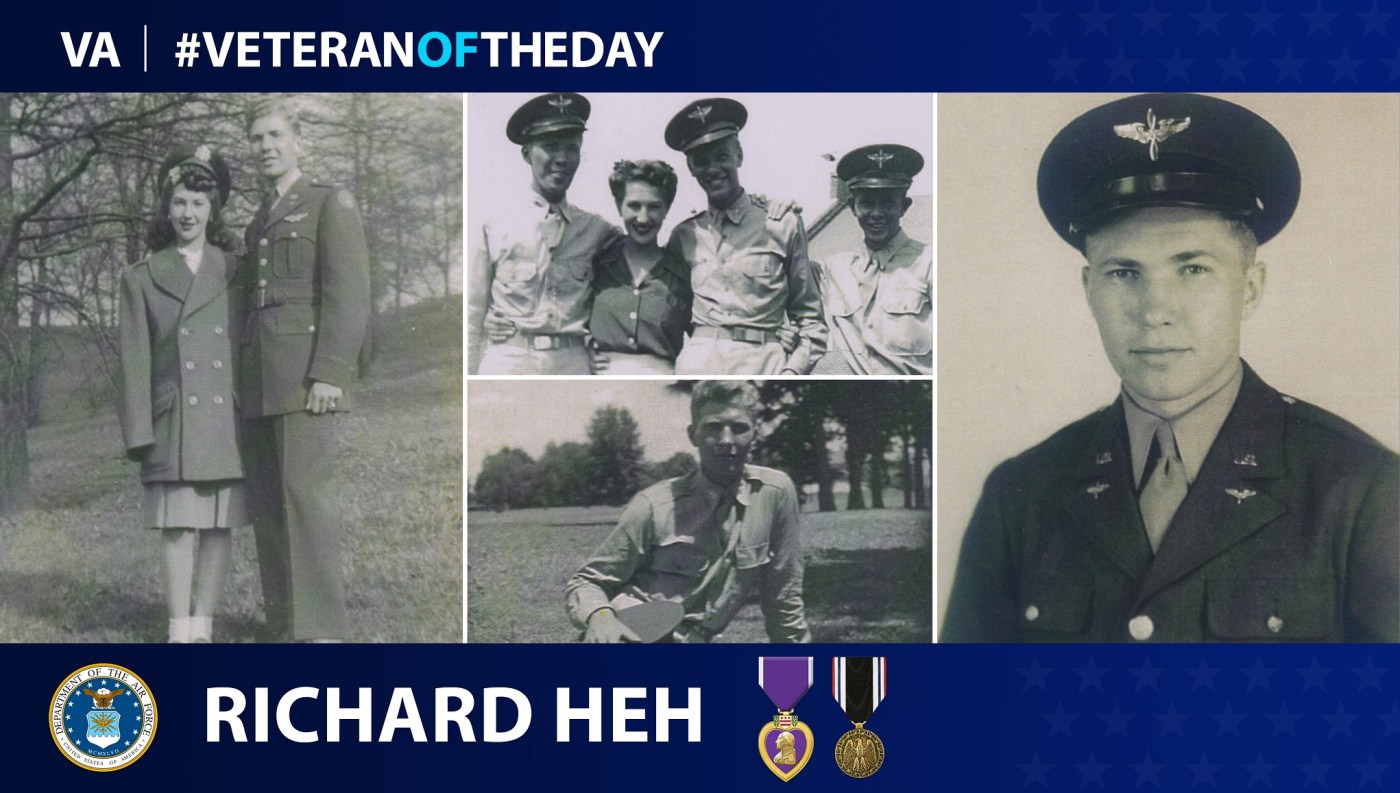 Veteran of the Day graphic created by Emma Catlett for the U.S. Department of Veterans Affairs

The Pittsburgh native joined the Army Air Corps in 1943 and attended training to be a B-17 navigator in Louisiana. After completing training, he was stationed in northern England with the 351st Bomb Squadron, 100th Bomb Group, and 8th Air Force.

On May 11, 1944, Richard’s crew was flying a bombing mission over Leige, Belgium when his plane was hit with shrapnel, causing a leak. The plane soon exploded and Richard was blown out of the plane unconscious. After falling nearly ten thousand feet, Richard was able to become alert and open his parachute and make a relatively safe landing on the ground. Initially, he was assisted by citizens in a small town, but was soon captured by German soldiers. Richard was taken as prisoner, and was one of only three people in the crew of ten to survive the crash.

Richard was taken to Stalag Luft Ill, Sagan, Germany, an officer camp, as a prisoner of war. In January 1945, they were forced to escape the camp due to the advancing Soviet Army. They were then transferred to the Nuremburg camp, where the prisoners survived many bombing runs from the Royal Air Force.

While Richard was once again being transferred to another camp in the spring, he and a friend managed to escape as they were marching through a small Bavarian town. After some time, they were captured again. Captivity would not last long, however, as the Third Army of General George Patton liberated their camp. Richard returned to Paris to be reinstated, and spent his remaining time in Europe touring Paris before returning home in October 1945.

Richard retired with a Purple Heart, Air Medal, Victory in Europe medal, and Prisoner of War Medal. He then went on to finish a degree at Carnegie Mellon University in Pittsburgh and pursued a career in electrical engineering until retirement at the age of 75. Richard passed away at age 86 in April 2008 at his residence in New Jersey.