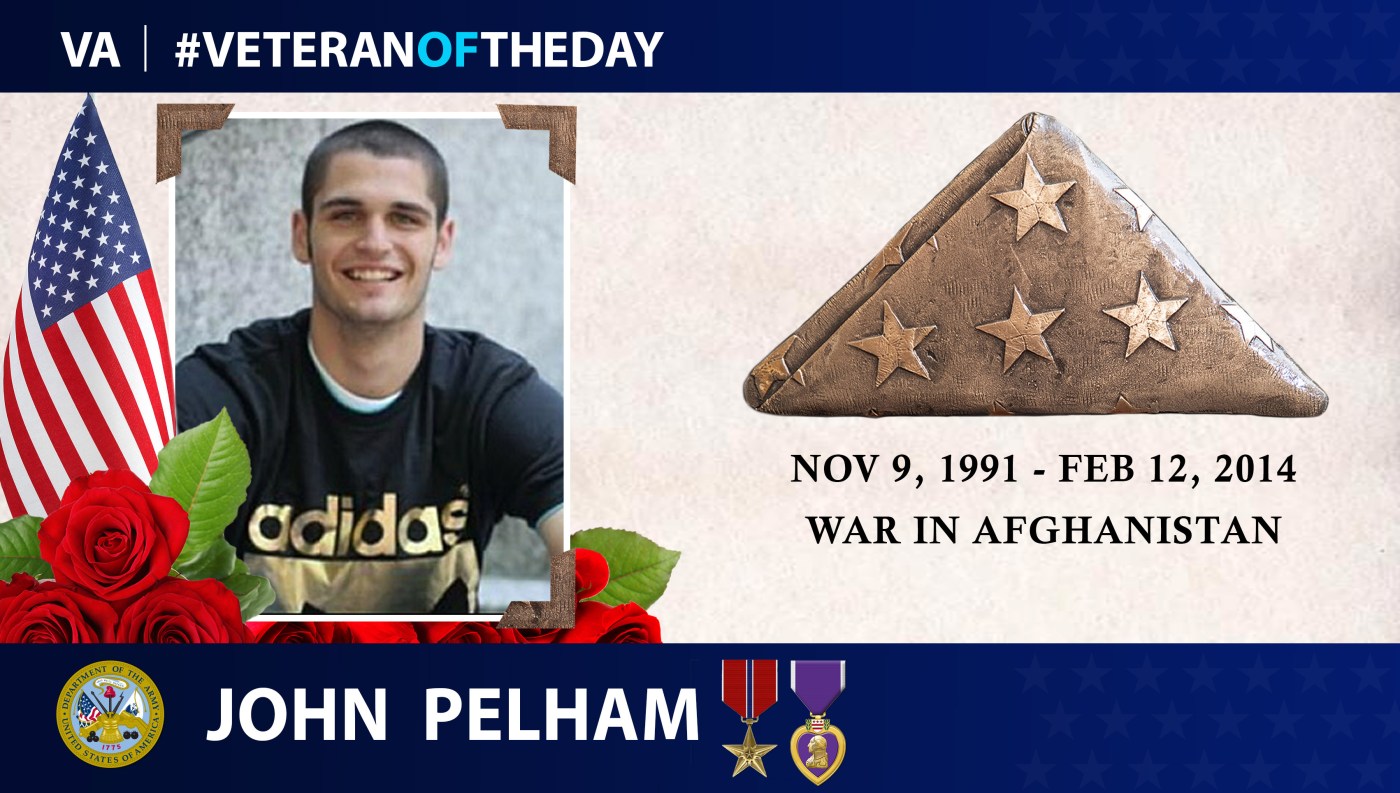 Today’s #VeteranOfTheDay is Army Veteran John A. Pelham. John served during the War in Afghanistan.

Throughout his career with the United States Army, John reached the rank of specialist and earned several medals and commendations, including the Bronze Star, the Purple Heart, the Army Commendation Medal, the Joint Service Achievement Medal and the National Defense Service Medal. John was laid to rest at Willamette National Cemetery in Portland, Oregon. He is remembered as an exceptional soldier and devoted family man.