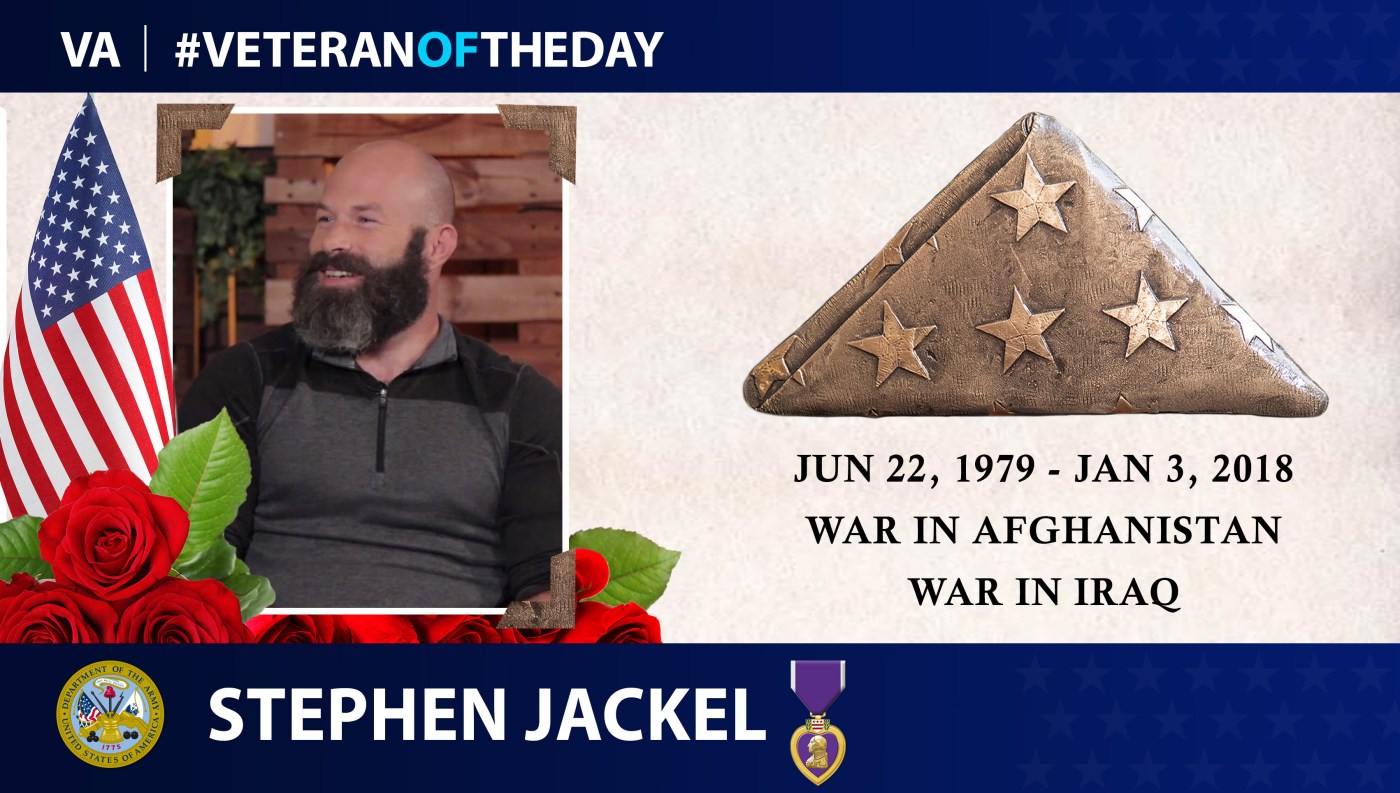 Today’s #VeteranOfTheDay is Army Veteran, Stephen Jackel. Stephen served during the Wars in Iraq and Afghanistan.

Stephen enlisted with the United States Army in 2008. He served his first combat deployment in Iraq and went on to serve a second in Afghanistan.

On Aug. 23, 2011 while on convoy in Afghanistan, Stephen’s RG-31 MRAP armored vehicle was struck by an improvised explosive device. After regaining consciousness, Stephen found himself and his fellow soldiers trapped in the burning vehicle. Gravely injured, Stephen managed to beat out the fire with his own mangled legs. He was then able to reach a hatch and assisted others out of the vehicle before pulling himself out.

The attack caused Stephen to suffer shrapnel wounds across his body, a bilateral leg amputation and a brain injury. He was medically retired from the United States Army in 2013 at the rank of sergeant. Throughout his service, Stephen received many awards and commendations, including the Purple Heart and the Valorous Unit Award.

Upon returning home, Stephen became part of a Veterans motorcycle club and a leader in the Veteran community. He passed unexpectedly at his home in Little Elm, Texas on Jan. 3, 2018 at the age of 38. He is interred at Dallas-Fort Worth National Cemetery.