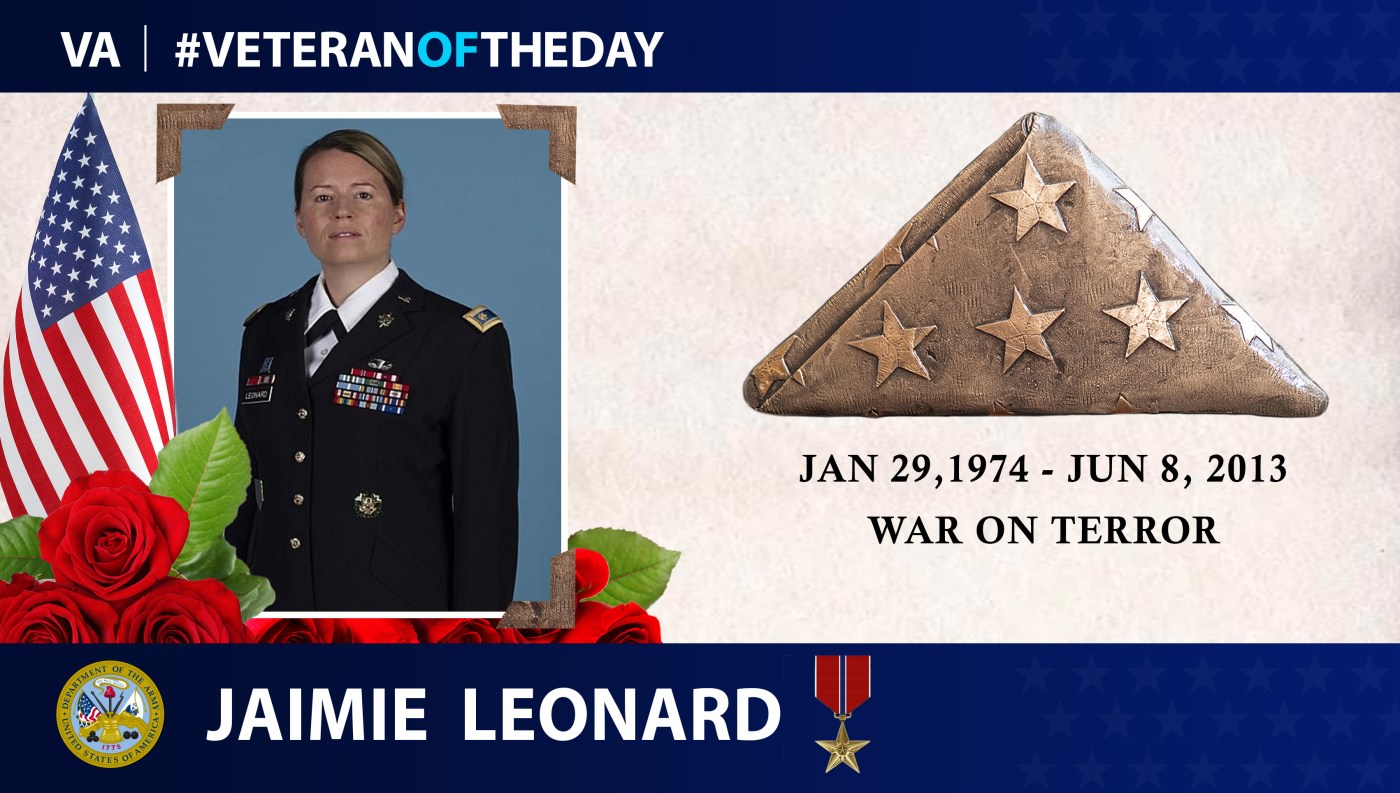 After graduating from the United States Military Academy at West Point in 1997, Jaimie was commissioned as a military intelligence officer with the 10th Mountain Division of the United States Army. Throughout her service, Jaimie spent time stationed at Fort Bragg, North Carolina; Fort Drum, New York; the Pentagon; South Korea and Germany. In addition, Jaimie served one combat tour in Iraq and two in Afghanistan.

On June 8, 2013 while serving in Paktika Province, Afghanistan, Jaimie and two other Americans were killed by insurgents disguised as Afghan National Army soldiers.

Throughout her 16 years of service, Jaimie became highly decorated, earning three Bronze Stars, two Meritorious Service Medals, the Joint Service Commendation Medal, three Army Commendation Medals and numerous other awards and commendations. Having ended her service at the rank of major, Jaimie was at the time the highest ranking female service member to be killed during the Global War on Terrorism. She was posthumously promoted to the rank of lieutenant colonel.

Jaimie is laid to rest at the United States Military Academy West Point cemetery. She is remembered as a dedicated and exceptional officer by those she served with.