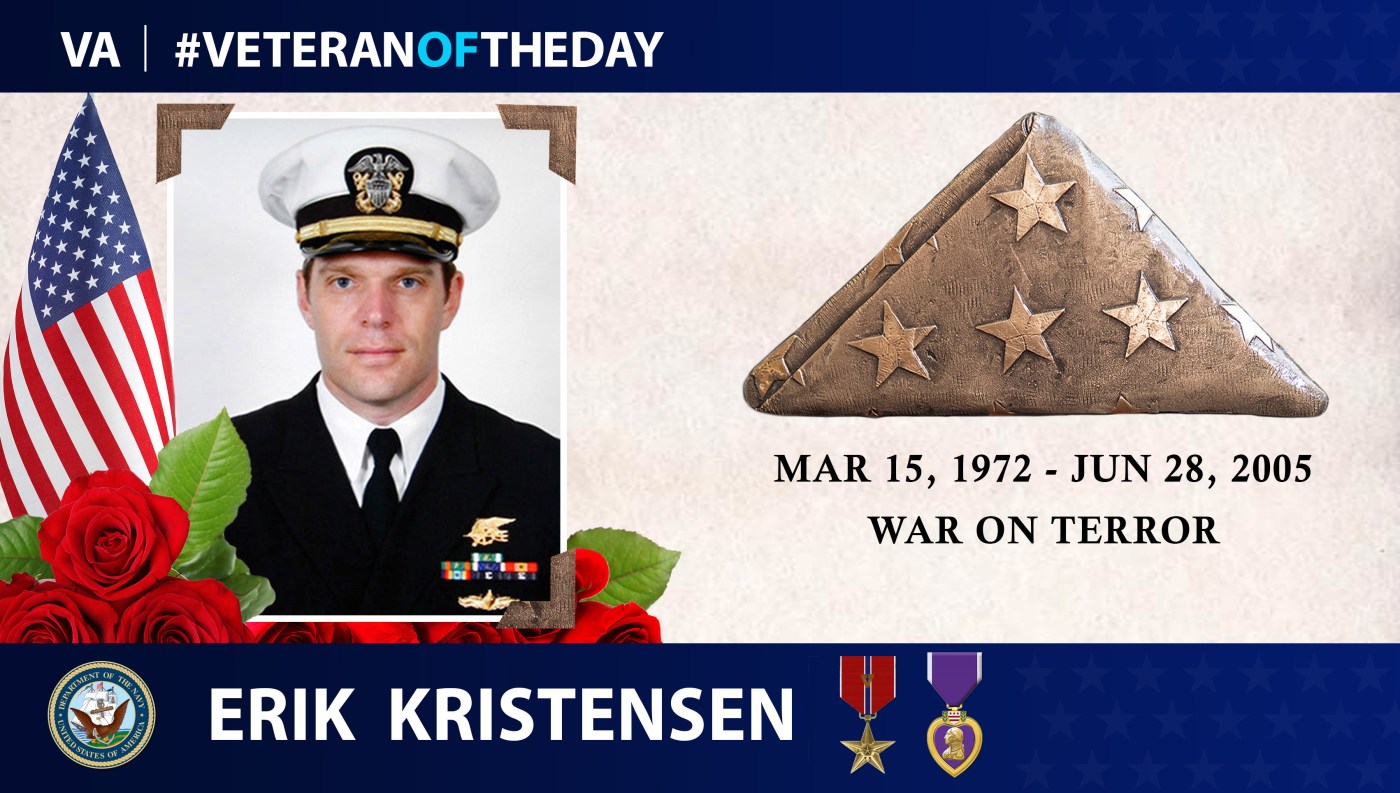 Erik graduated from the United States Naval Academy in Annapolis, Maryland in 1995 and was commissioned as an officer in the U.S. Navy. He then spent the beginning of his career as an officer in Engineering and Combat Systems aboard the USS Chandler.

In 2000, Erik chose to pursue a career as a Navy SEAL and began the Basic Underwater Demolition/Sea Air Land training program at Coronado, California. After successfully completing his training, Erik was assigned as a platoon commander with SEAL Team Eight. During his service, Erik achieved the rank of lieutenant commander.

In response, Erik volunteered to lead a team of seven fellow SEALs and eight members of the Army’s 160th Special Operations Aviation Regiment in a rescue mission. While en route, their helicopter was shot down by an enemy rocket-propelled grenade, killing Erik and all 16 American special warfare personnel on board.

For actions during his service, Erik earned the Bronze Star with Valor, the Purple Heart and several other awards and commendations. He is interred at the United States Naval Academy in Annapolis, Maryland.