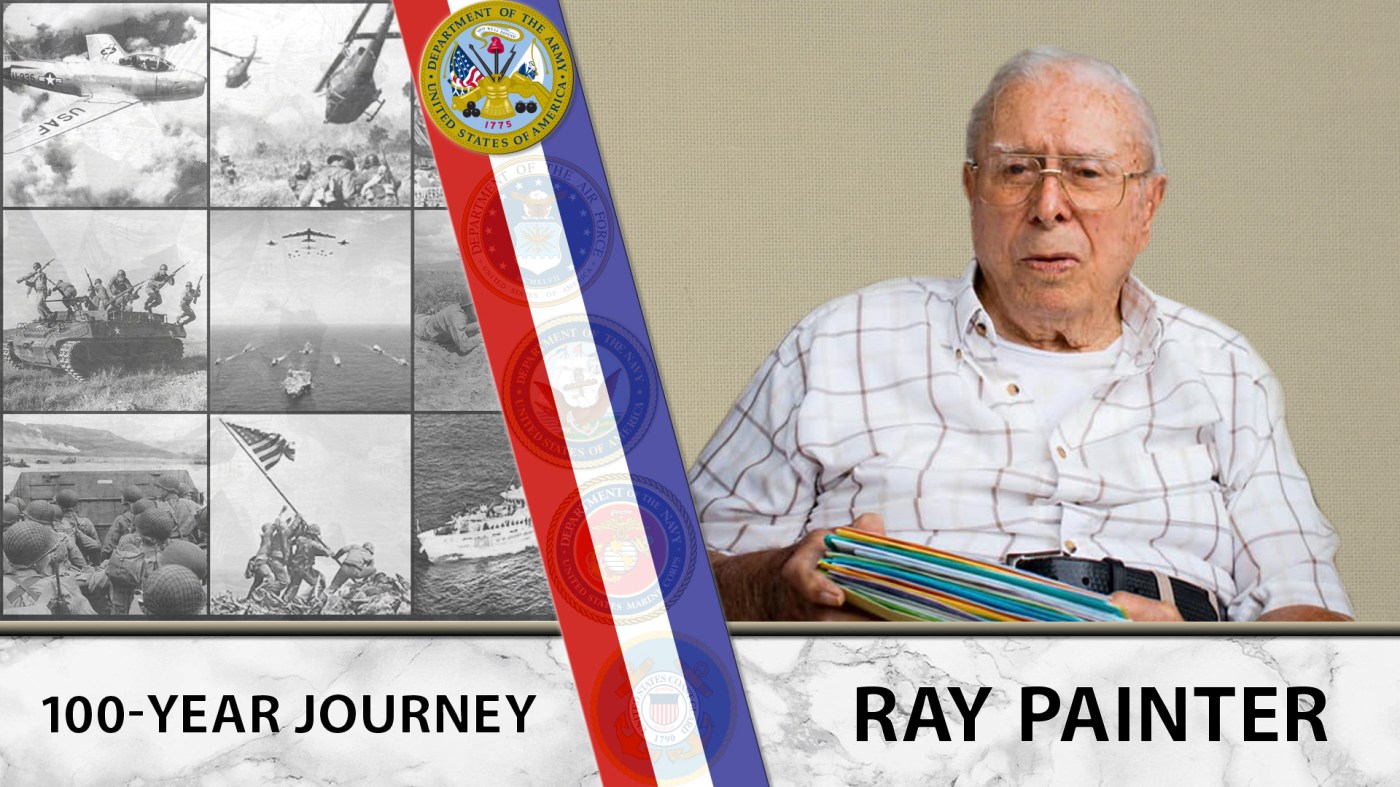 William “Ray” Painter lives just 25 miles south of where he was born in Steele’s Tavern, Virginia – but it’s not the distance between his room at the Mayflower assisted living community and his birthplace that measures the man. His experience, 100 years’ worth, can only be defined by the things he values the most: family and service to country.

Sitting in his favorite chair, the centenarian still recalls several of the important people and decisions in his life. The memories bring both smiles and tears to his wrinkled face. Painter was about 22 when he first decided to the join the U.S. Army in March 1941, and even though the U.S. didn’t enter the war until December of that year, Painter knew marriage to his sweetheart, Edna, would have to wait while the world was at war.

Painter completed his basic training at Fort Lee, Virginia, and would go onto to serve as a driver carrying messages between units in Northern Africa and Europe. He was in Europe when the Germans surrendered and stayed in the Army until a month after Japanese forces surrendered in 1945.

He married Edna when he returned home, they soon had a son, and Painter went on to work at DuPont. He and Edna had a loving marriage for 65 years before her passing.

Today, Painter is celebrating his time on Earth with a growing list of friends from across the country. He recently became somewhat of a celebrity when a call for birthday cards went “viral” on social media. He was even featured on Good Morning America a few weeks ago after 100 birthday cards turned into thousands. He laughs at how long it took him to become famous, but he’s grateful for the opportunity to share this milestone with so many people.

We thank you for your service, and we wish you a happy 100th birthday, sir.