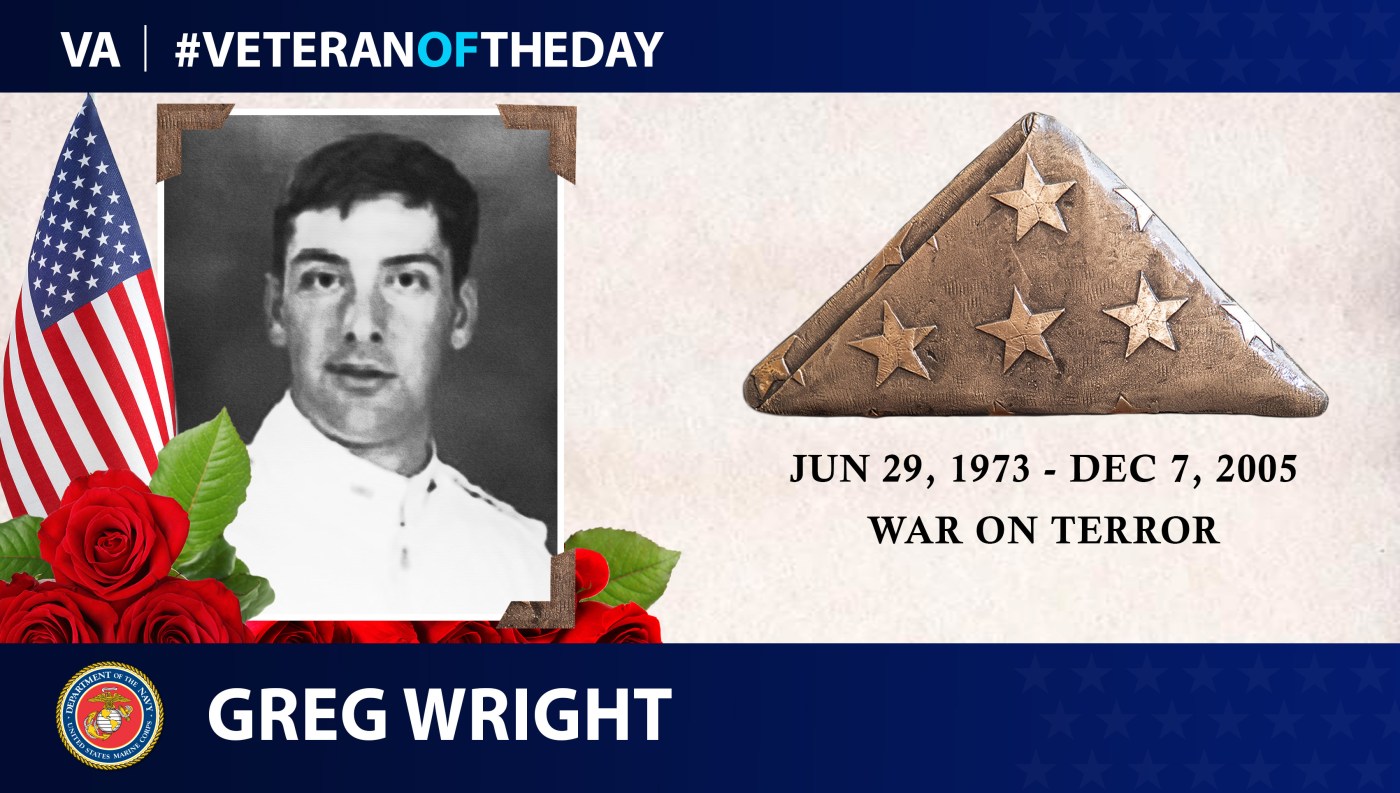 Greg served in the Marine Corps from 1996 to 2000. During his service, Greg completed Officers’ Candidate School, the Infantry Officer Course, the Scout-Sniper School and the Army Intelligence School.

After is time in the Marines, Greg began a career as a special security services officer with the Central Intelligence Agency, where he was responsible for protecting key individuals around the world.

In late 2005, Greg was serving an overseas assignment in the Middle East. On Dec. 7, 2005, while transporting three fellow CIA officers from an assignment back to base, Greg and his fellow officers were caught in an ambush. Driving the vehicle, Greg led the combatants on a 25-mile chase before his vehicle was finally disabled. The officers were then forced to abandon their vehicle and take defensive positions. Despite the ensuing chaos, Greg remained calm and collected. During the subsequent firefight while shielding one of his fellow officers, Greg was mortally wounded. After the assailants relented, the remaining officers were rescued and treated at a nearby clinic.

Greg is interred at the Quantico National Cemetery in Virginia. For his selfless sacrifice and brave actions, Greg became one of only 113 individuals to be awarded a star on the CIA Wall of Honor. He is remembered by his friends and family for his generous spirit and sense of humor.