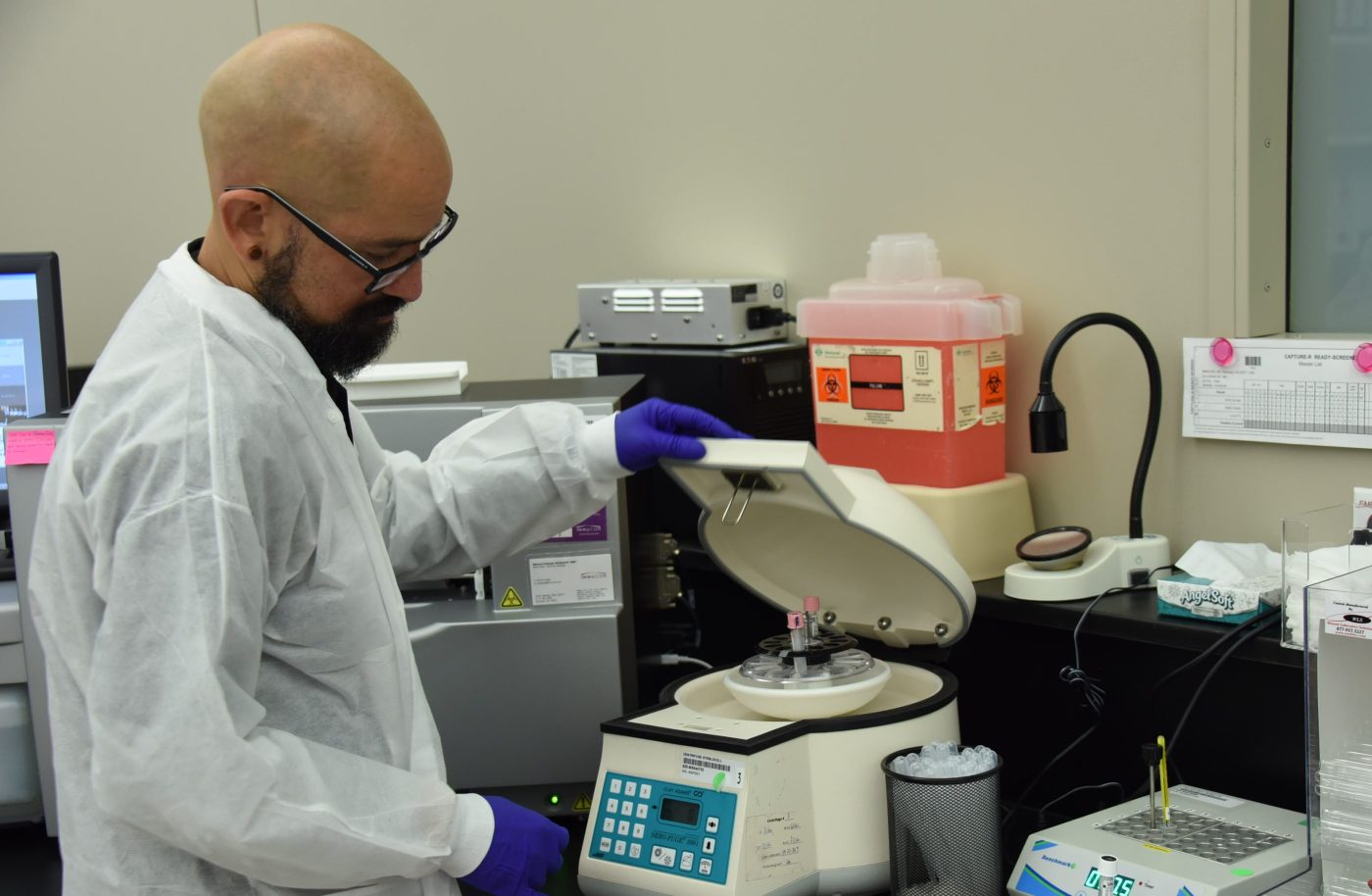 Frank Aliva is now three times older than many people thought he would ever be, and this month is the perfect time to share his story.

Frank, short for Francisco, Avila was born in New Orleans in 1973. At age 3, he was diagnosed with cystic fibrosis and given a life expectancy of 15 years. By the time he was 20, Avila’s lungs had deteriorated to the point he needed a double lung transplant.

Avila said, “I remember the day they told me I would need a transplant. I thought OK, this is something else that we have to try. I had gotten really sick, using oxygen 24/7, and I couldn’t walk or do anything without the oxygen. It was really bad. I had to carefully plan my route when I went anywhere, making sure I had enough oxygen with me and places to rest along the way. I was exhausted all the time.”

While waiting for a lung transplant, Avila was able to complete two years at the University of New Orleans (UNO) before he was forced to move closer to his transplant center in North Carolina. He waited two more years for donor lungs there and would have died had he not received a lung donation. In fact, the American Transplant Foundation says on average, 20 people die every day from the lack of available organs for transplant.

Avila’s life was in danger from cystic fibrosis (CF), a progressive genetic disease that causes persistent lung infections and limits the ability to breathe while also causing mucus buildup in the lungs and other organs. In the lungs, the mucus traps germs and bacteria that can lead to infections and even respiratory failure. According to the Cystic Fibrosis Foundation Patient registry, more than 30,000 Americans live with the disease, and about 1,000 new cases of CF are diagnosed each year.

Luckily, Avila received the double lung transplant he desperately needed and celebrated his 22nd birthday in the hospital. He was able to return home to New Orleans for the birth of his niece, and later graduated from UNO with a Biological Sciences degree.

These milestones were amazing but were also the high point in a sea of pills, doctor visits and rejection symptoms. As Avila was doing his best to live life to the fullest, his kidneys began to fail due to the immunosuppression medications he was taking. Four years after receiving new lungs, he would need a transplanted kidney from his father, and 10 years later, another from his sister.

Today at 45 years old, because of organ donation, Avila is still with us. He still has CF, but he feels much better and can walk about as freely as anyone without CF. He works full time at the New Orleans Veterans medical center as a medical technologist in the blood bank. He loves his job and his coworkers, and the feeling is mutual.

His supervisor Donna Labat said, “He is our hero. I had no idea it was more than the lung transplant, after I found out there were also two kidney transplants, I was like ‘Frank, you’re a walking miracle,’ and he’s an inspiration to all of us because he takes such good care of his health. I told Frank, ‘you have to share your story.’ I can’t say enough about how upbeat he is, after all he’s gone through. We’re lucky to have him. He’s a wonderful person.”

When asked why he chose to work at the VA medical center, Avila said, “I like that we are helping Vets, actually giving back to someone that sacrificed themselves for us and for our freedoms, so it’s really special that I can work here and be able to do something for them.”

Now 23 years post-double lung transplant and 30 years post-life expectancy, Avila shares his story to spread awareness about CF. He offers peer support and a caring ear to others with CF on the internet, does charity bicycling and walking events to raise money for research, and was even featured in “Man Crush Monday” on Cystic Fibrosis News Today. Avila said his life has been very full and he thanks God and his lung donor for every breath.

About the Author: Jamie Mobley is a public affairs specialist at the Southeast Louisiana Veterans Health Care System in New Orleans. She is an Army Veteran and a graduate of Kansas State University.