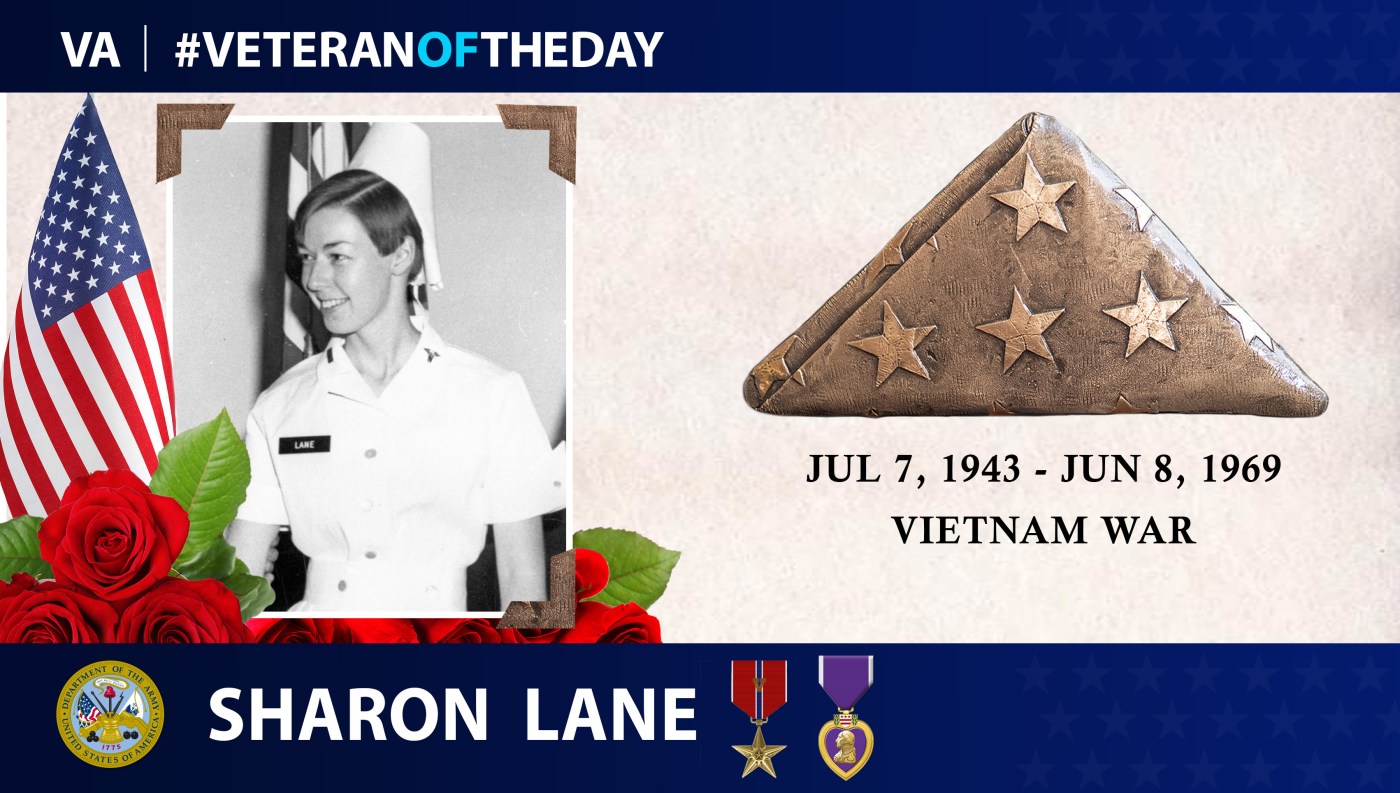 After graduating nursing school in 1965, Sharon began working at a local hospital. On April 18, 1968 Sharon enlisted in the United States Army Nurse Corps Reserve. She reported to Fort Sam Houston, Texas for basic training on May 5, 1968. After her training, Sharon reported for duty at the Army’s Fitzsimons General Hospital in Denver, Colorado. There, she was promoted to lieutenant and eventually placed in the cardiac intensive care unit, where she served until receiving orders for Vietnam on April 24, 1969.

Sharon arrived at Chu Lai on April 29 and was assigned to the 312th Evacuation Hospital, where she served in the Intensive Care Unit before being reassigned to the Vietnamese Ward. There, she treated wounded Vietnamese and Americans, working 12-hour shifts, five days a week.

On June 8, 1969, Viet Cong forces fired a salvo of 122mm rockets, striking the 312th Evacuation Hospital. Sharon was one of two people killed in the attack.

Sharon was buried with full military honors at Sunset Hills Burial Park in Canton, Ohio. She was the only American servicewoman killed in Vietnam as a direct result of enemy fire. For actions during her service, Sharon was awarded the Purple Heart, the Bronze Star with Valor, the National Defense Service Medal, the Vietnam Service Medal and the National Order of Vietnam Medal. Her memory remains an important symbol representing the service and sacrifices of women who served in Vietnam.