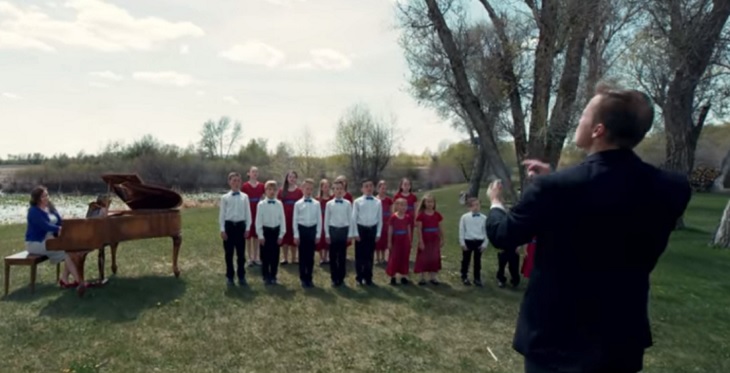 The Rexburg Children’s Choir is committed to honoring the sacrifices of America’s military and recently released a powerful music video featuring the Star Spangled Banner, including the rarely performed last verse.  The video, released in time for Memorial Day, features 110 singers ages 6 to 16 from rural east Idaho.

The Rexburg Children’s Choir was started just a year ago, and has already been heard by over half-a-million people through social media videos, radio broadcast, and live performances.  They are one of the largest non-audition children’s choir’s in the inter-mountain west.

The choir’s director, Mr. Ben Watson, served in the Army National Guard and has been preparing the choir for this production since January.

“I’ve had it as a goal to have it ready for Memorial Day weekend as a tribute to our nation and our veterans,” said Watson in an interview with EastIdahoNews.com. “There are some inspiring messages in the last verse that, I think, are an important reminder for people to hear. It’s inspiring to see the future of America – these kids – singing their hearts out in The Star Spangled Banner.”