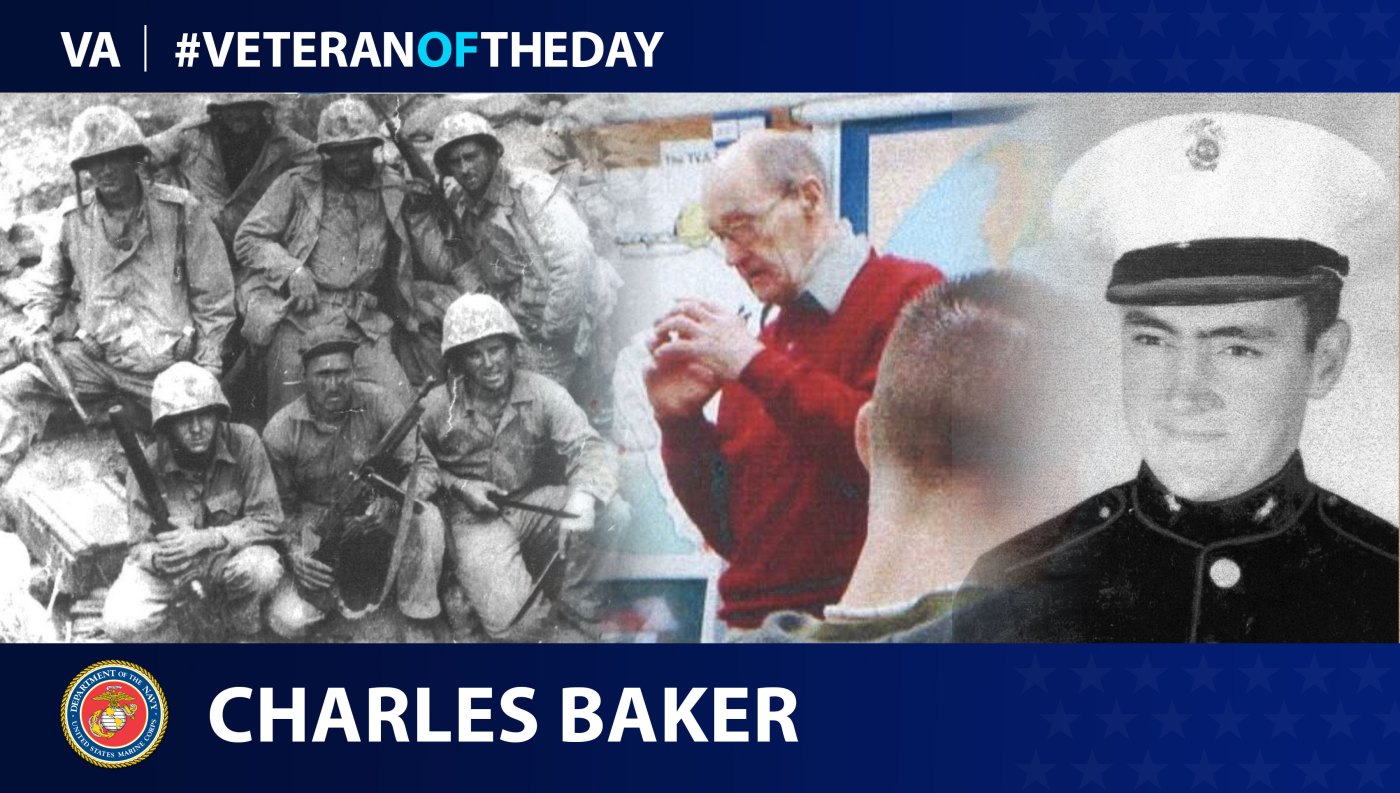 Today’s #VeteranOfTheDay is Charles E. Baker. Charles served in the Marine Corps during World War II from 1944 to 1946.

Charles was born in March of 1926 in Jefferson Township, Ohio. In 1943, his high school’s principal and superintendent informed all the boys that if they were turning 18 years old next year they would be drafted out of school and into the service. He explained, “I turned 18 in March, but in June I was drafted and I had gone down to the Marine Corps and asked them if I was drafted to see for sure if I could get into the Marine Corps. Yes, they’d be ready to take me so I was drafted out of high school and never got to finish my senior year.” While stationed in the South Pacific in 1945, Charles received a letter that his high school class had graduated and he was awarded the final credits necessary to graduate as well. His father accepted his diploma on his behalf.

When Charles joined the service, he was first sent to Parris Island, South Carolina for boot camp. Of the drill instructors, Charles said: “You think that they’re probably the meanest men there are, but when you complete your training you realize that they have taught you everything that you need to know to try to protect yourself and you think a lot of them.” He graduated basic training as a 30-caliber machine gunner and soon was sent to Camp Tarawa in Hawaii where the 5th Division was being formed for the invasion of Iwo Jima.

Charles and his Division left for the South Pacific in December of 1944. The journey took a little over two months and landed at Iwo Jima on February 19, 1945. Charles remembers close calls from combat during the thirty–six days his Division fought at Iwo Jima. “There was one time we were moving up and were in our fox holes, and a tank comes up and started shooting,” Charles explained. Friendly planes had mistaken the Marines and were preparing to fire again. In a moment of quick thinking, Charles jumped out his foxhole and scrambled to the back of a nearby tank to call a friend to divert the shell attack. “You have to learn to cope with it, and you work to survive and protect yourself as much as you can,” Charles explained.

After regrouping, the 5th Division was sent back to training and then sent for the invasion of Japan in August of 1945. He was discharged in 1946 and returned to work on his family’s farm on the south side of Dayton, Ohio. He went on to work at the Standard Register on Washington Street for forty years and was married to his late wife Lois for sixty-seven years. He remains active in the Veterans of Foreign Wars organization and attends the reunions held every five years. When asked if he had any regrets, Charles replied “not at all. I would do it again for the people, the country, and for everyone.”