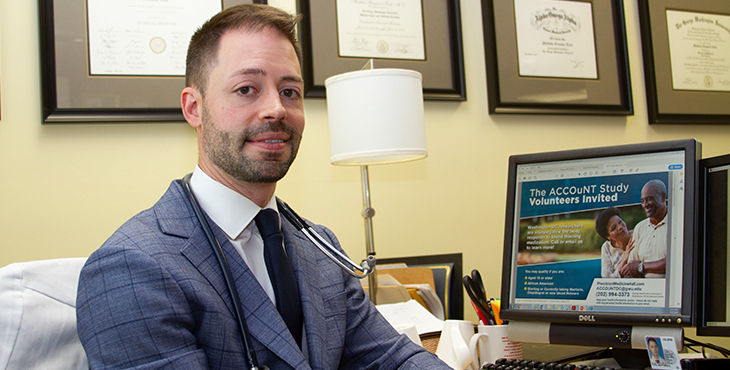 Imagine a scenario in which a patient is at risk for blood clots. His doctor checks the patient’s genetic makeup and decides on a particular blood thinner, one of several available. The drug works as expected, improving blood flow and reducing the chances of heart attack, stroke, or death.

Such an approach to prescribing drugs is becoming more and more commonplace. In fact, it’s part of a revolution in medicine called pharmacogenomics, the study of how genes influence the way a person responds to drugs.

But are all patients benefiting?

“Most studies on pharmacogenomics have been conducted nearly exclusively on Americans of European descent, leading to health disparities,” says Tuck, who is also an associate professor at The George Washington University in Washington, D.C., and the Uniformed Services University of the Health Sciences in Maryland. “Also, studies have largely overlooked differences in adverse reactions to drugs, according to ethnicity.”

The goal of pharmacogenomics is “making sure the right person receives the right drug at the right dose,” says Tuck. “In an ideal situation, a health care provider would know whether a certain drug would be appropriate for a person before it’s prescribed.”

Currently, more than 500 African Americans are enrolled in the ACCOuNT study. About 30 percent are from the Washington VA, making it the largest recruiting site to date.

The ultimate goal is to enroll at least 1,500 African Americans. They are sharing their genetic information through blood samples for what Tuck says will be the largest bank of pharmacogenomic data that is focused solely on African Americans.

To read more about this project, visit VA Research Currents.

To learn more about VA research in genomics or health equity, visit the topic pages section of the VA Research website.