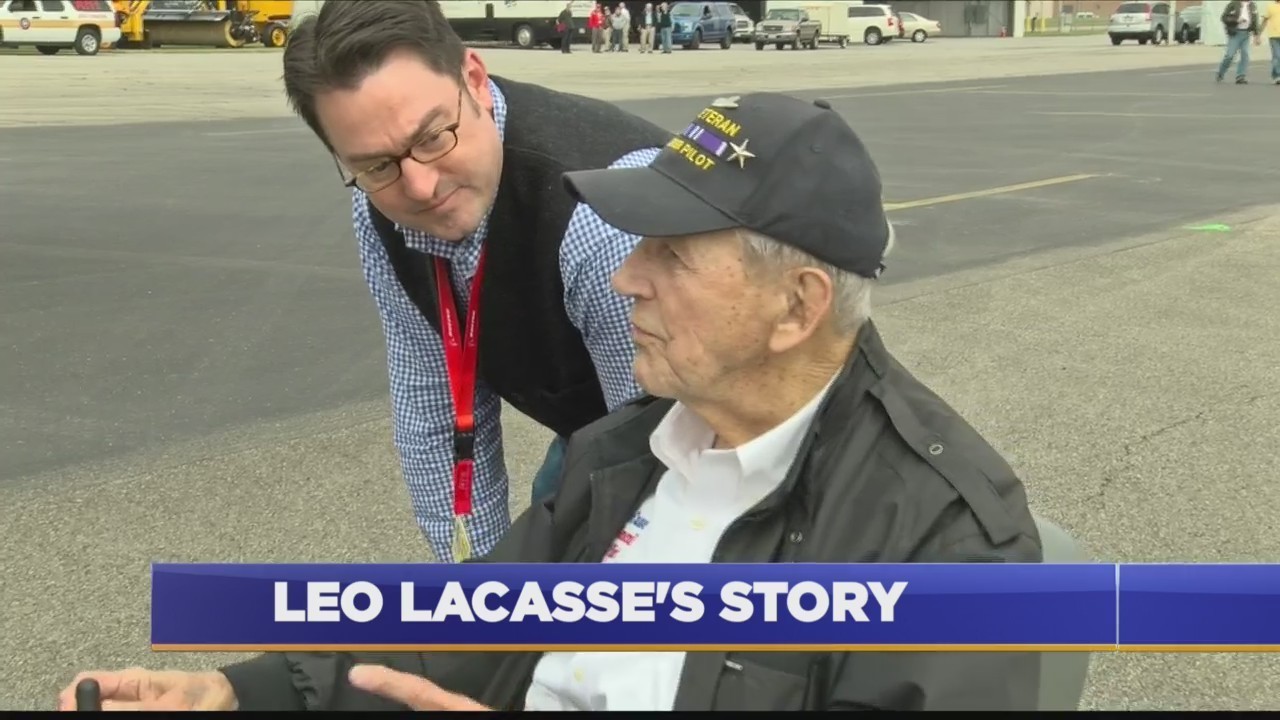 Some of our nation’s greatest treasures aren’t places, they are people. Leo LaCasse survived three crash landings and evaded 4,000 enemy troops during World War II. He now lives at a VA Community Living Center in Salem, Virginia. Here is his story:

Born on July 4, 1920, Leo LaCasse was one of five children–all of whom were born on birthdays of former presidents. At the age of 15, he joined the New Hampshire National Guard, and later the Army Air Corps, where he was assigned to a recruiting command. The private was soon promoted to corporal, then sergeant, as he traveled New England recruiting pilots from colleges and universities.

Captain Leo LaCasse in front of his B-17 Bomber.

One day, Leo learned that he was accepted to flight school. It was a reward from his commanding officer who had submitted the application on his behalf. Despite never having gone to college, the Army sent Leo to college under an accelerated learning program, and when he graduated, he became a B-17 bomber captain.

“Some of them [planes] were cramped, but it didn’t make any difference to me because I was the pilot. When you’re packed in an aircraft and don’t have the room to move your body in the cockpit, any airplane you fly after that is good.”

In June 1943, Leo was assigned to the 8th Air Force, Bomb Group 548th in Suffolk, England, where he served under General Curtis Lemay.

One of Leo’s crashes landed in France, which was then occupied by Germany. He instructed his crew to head for the front lines, to surrender and tell whoever interrogated them that he was headed for Berlin. Instead, Leo left for Luxembourg to meet up with the French Resistance, where he crossed the Pyrenees Mountains, and made his way to Portugal.

In all, he spent four months avoiding Nazi capture. When the war was over, he was sent to Berlin for debriefing. That’s where he met and befriended a German general who recognized Leo’s name and revealed there had been 4,000 German troops looking for him following the crash landing in France.

On July 4th of this year, Leo will celebrate his 99th birthday.