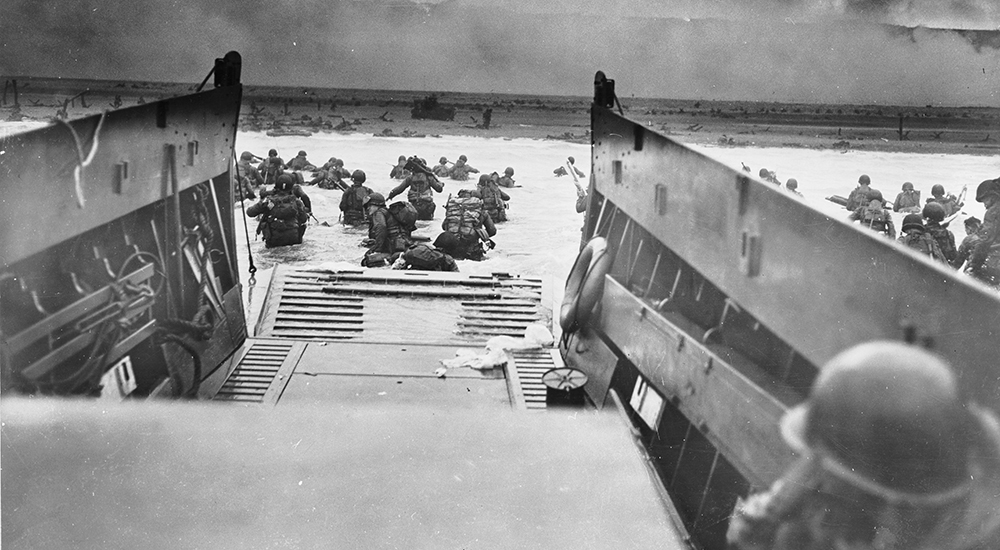 On June 6th, the 75th Anniversary of D-Day, two WWII D-Day Veterans will be honored by the New York Mets during the mid-day game at Citi Field. Here are their stories:

Judge Bentley Kassal volunteered to serve in the Army Air Force in January 1942, assigned to Air Combat Intelligence School, graduating with honors.   As a second Lieutenant, he was assigned to the Mediterranean Theater of Operations. He assisted in the planning and participated in the Allied landings at Gela, Sicily. After the capture of Naples, he again planned air intelligence missions.

Kassal’s unit moved through Bavaria and was at Augsburg when D-Day was declared.

He later accepted the surrender of seventeen German soldiers as troops in Southern France moved north for the Battle of the Bulge and General Patton’s counter-attack.

He was then assigned to London to prepare for the invasion of Japan.

He served in the Army Air Force for four years and was overseas for 30 months in North Africa, Sicily, Italy, France, and Germany before his discharge on December 31, 1945, with the final rank of Captain. He is a Major (Retired) in the U.S. Air Force Reserves.

Kassal has donated several war mementos to the Museum of Jewish Heritage in New York City for its permanent exhibit, “Ours to Fight For”. This exhibit has been shown in several US cities. A retired New York Supreme Court judge, Kassal lives with his wife on the Upper West Side of Manhattan.

Tony Vaccaro served in the Army and was part of the D-Day invasion at Normandy.  He served with the Intel Platoon of the 83rd Infantry Division, 331 Regiment, Headquarters company, because he spoke seven languages. Vaccaro self-assigned himself the role of photographer while serving in the Army.  He was a soldier through the occupation of Germany in 1949 and then transitioned from WWII combat photographer to fashion and personality photographer.

Vaccaro has always lived in the moment, prepared to capture the next human story with his camera.  He’s also very good with words, vividly evoking scenes from various periods of his own life. He has known and photographed scores of celebrities and legendary people in the arts like the composer Shostakovich and the French Mime Marcel Marceau and stayed friendly with many of them for decades.

Vaccaro has taken thousands of photographs, his most famous the Kiss of Liberation (1944).  In his Long Island studio, the walls are lined with folders of negatives that are in the process of being digitalized.  Hanging on the wall are some of his personal favorites, that include a portrait of JFK taken at the White House.

Vaccaro keeps busy with shows of his work.  He is currently still working at his archives in Long Island City and has many exhibitions all over the world.  HBO aired a documentary on Vaccaro called “Underfire.” It was nominated for outstanding documentary at the 2018 Emmy’s.

The human stories of his images are timeless and appreciated now as much as they were a generation or two generations ago.