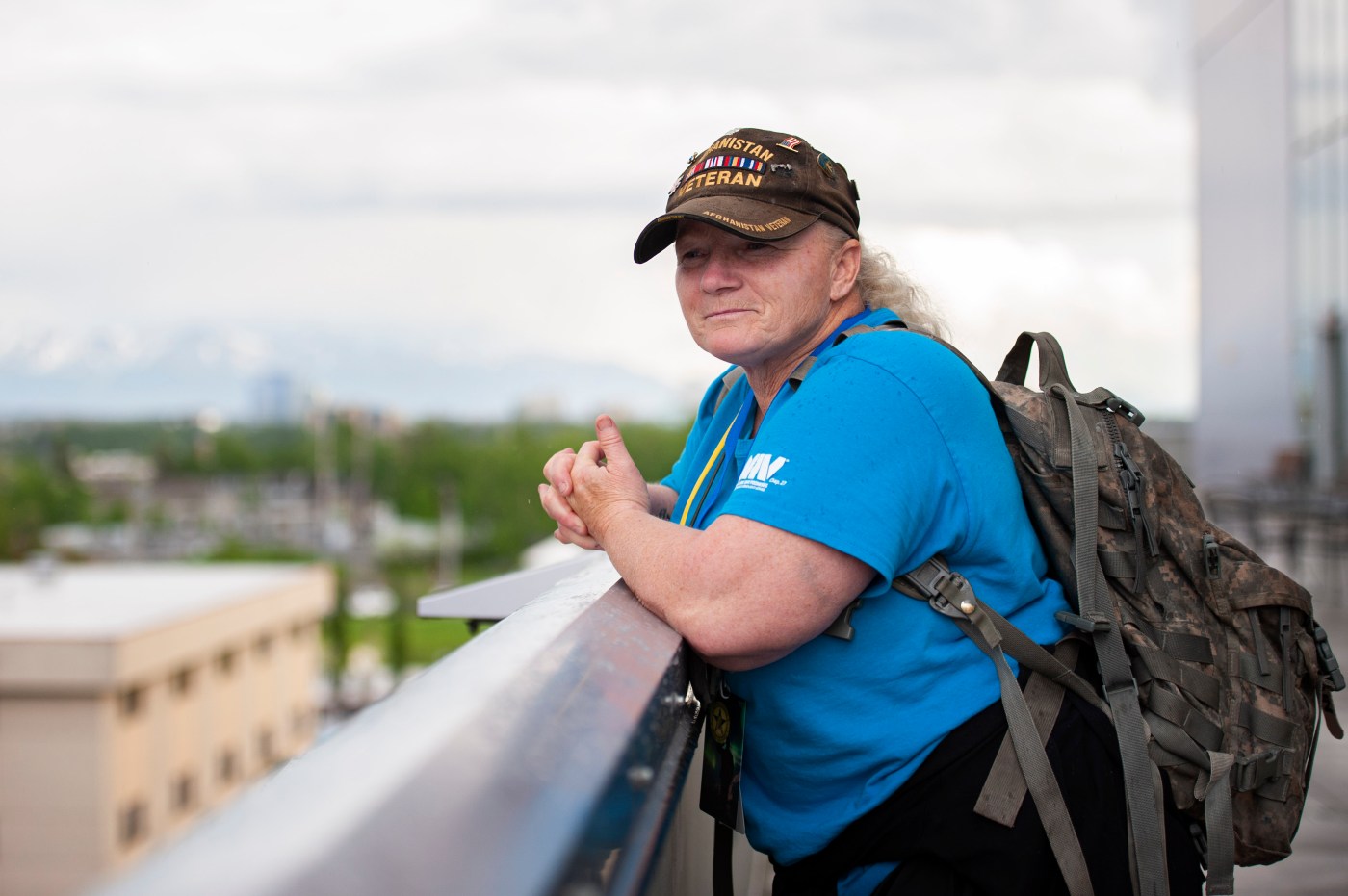 Only a year ago, Casey Chamberlain was battling a major wave of despondence. Shortly after undergoing her second knee replacement surgery, she had her ankle fused and endured rotator cuff surgery.

She felt like she was in a “really dark place,” as she put it, and that she’d never be the athlete she once was, a woman who had excelled in college softball and professional football. Plus, while on deployment in Kuwait as part of her 37-year Army career, she was a master fitness trainer who taught classes in water aerobics and abdominal toning.

So when Chamberlain’s physical therapist at the Tomah VA Medical Center in Wisconsin suggested she compete in the National Veterans Golden Age Games, she resisted the idea.

After some personal reflection, Chamberlain discovered she has a lot of life left in her. She’s currently at the 2019 Golden Age Games in Anchorage, Alaska, which began on Wednesday and run through Monday. With plans to compete in air rifle, pickle ball, shot put, discuss, basketball free throw, and cycling on a recumbent bike, she feels like she’s been “reborn” and finds it stimulating being around other Veterans. They’re facing their own bouts of emotional and physical pain, she says.

More than 700 Veterans age 55 and older are at this year’s Golden Age Games, which serve as one of VA’s premier sports events.

“This is like a rejuvenation for me,” says Chamberlain, wearing a baseball cap that says Afghanistan Veteran. “You don’t have to explain to other people. They all understand. You look at them, and you know these people are all in pain. And you get a whole new feeling for being an athlete again, even though you’re not the athlete you used to be. Once an athlete, always an athlete. But they all get it. They all get that darkness that you go through when you lose the ability to be as fit as you used to be.”

“Everybody here has a story,” she adds. “All of these athletes have something to say. A lot of them are way worse than others. I look at the Vietnam Vets and think, `They’re the forgotten ones that never got treated right.’ But they’re all here, and we all understand each other. I look at people in wheelchairs and those who are blind and amputees, and I just think, `Holy crap, I was feeling sorry for myself because I’m not the athlete I used to be. Are you kidding me?’ It really puts things into perspective if these guys can do it.”

Several times in life, people have told Chamberlain she couldn’t do it. While in high school in the 1970s in Wisconsin, she wanted to play football. But someone said that because she’s a girl, she could never play the sport in an organized league. Separately, a high school coach told her that she’d never make it in college because she came from a poor family with nine children. I’m like, `What a horrible thing to say to an 18-year-old kid who’s graduating from high school,’ she says in thinking back.

Chamberlain proved them all wrong. She began attending college at age 28, graduating with honors from the University of Wisconsin-River Falls. While there, she also played varsity softball, another athletic passion of hers.

During her Army career, in which she rose to the rank of lieutenant colonel, Chamberlain played fullback for a decade on a series of teams in the Women’s Professional Football League (WPFL). In one season, 1999, her Lake Michigan Minx beat the Minnesota Vixens on a last-second field goal to capture the WPFL championship.

The ball hit the upright but fell through. Chamberlain’s prayers were met.