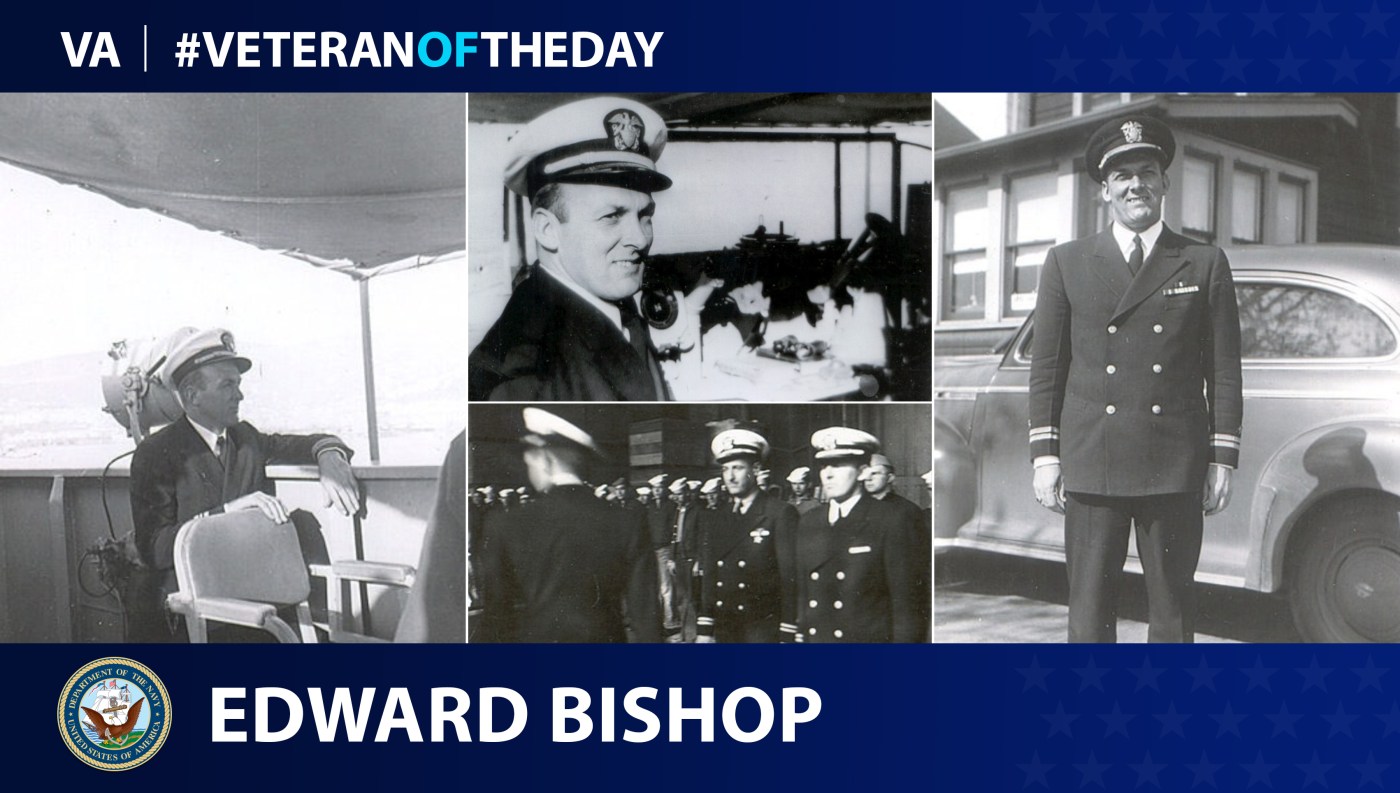 Edward was born in 1915 in New York. He was a teacher and coach at the Bellport New York High School. There he would decide to join the Navy. At first, he applied to the Tunney Fish program to become a Chief Petty Officer, but after being sworn in, an officer persuaded him to join the service as an officer. As a result, Edward commissioned as an Ensign in the Navy Reserve with orders to Communications Officers School.

After completion, he was assigned to the USS Hutchins (DD476). While on the USS Hutchins, Edward traveled to places such as the Panama Canal, San Diego, New Caledonia, Espirito Santo, Pearl Harbor, Alaska, New Guinea, Cape Gloucester and many other places around the world. The USS Hutchins was also extremely involved in the Surigao Straits in which the ship sunk two Japanese cruisers and one destroyer. Edward was awarded the Bronze Star for his actions in the combat information center.

He was then assigned to the pre-commissioning unit of the USS Gearing. After his tour of duty on the USS Gearing, Edward left active duty. He then began to work for the Veterans Administration until he was recalled to active duty in 1950 to serve during the Korean War.

In 1952, Edward was once again released from active duty and joined the Bureau of Ships Reserve Unit in New York. He would continue to do this until he retired after 26 years at the rank of Commander.

Edward passed away in 2008 and was buried in the Brig Gen Wm C Doyle Veterans Memorial Cemetery in Wrightstown, New Jersey.

We honor your service, Edward.