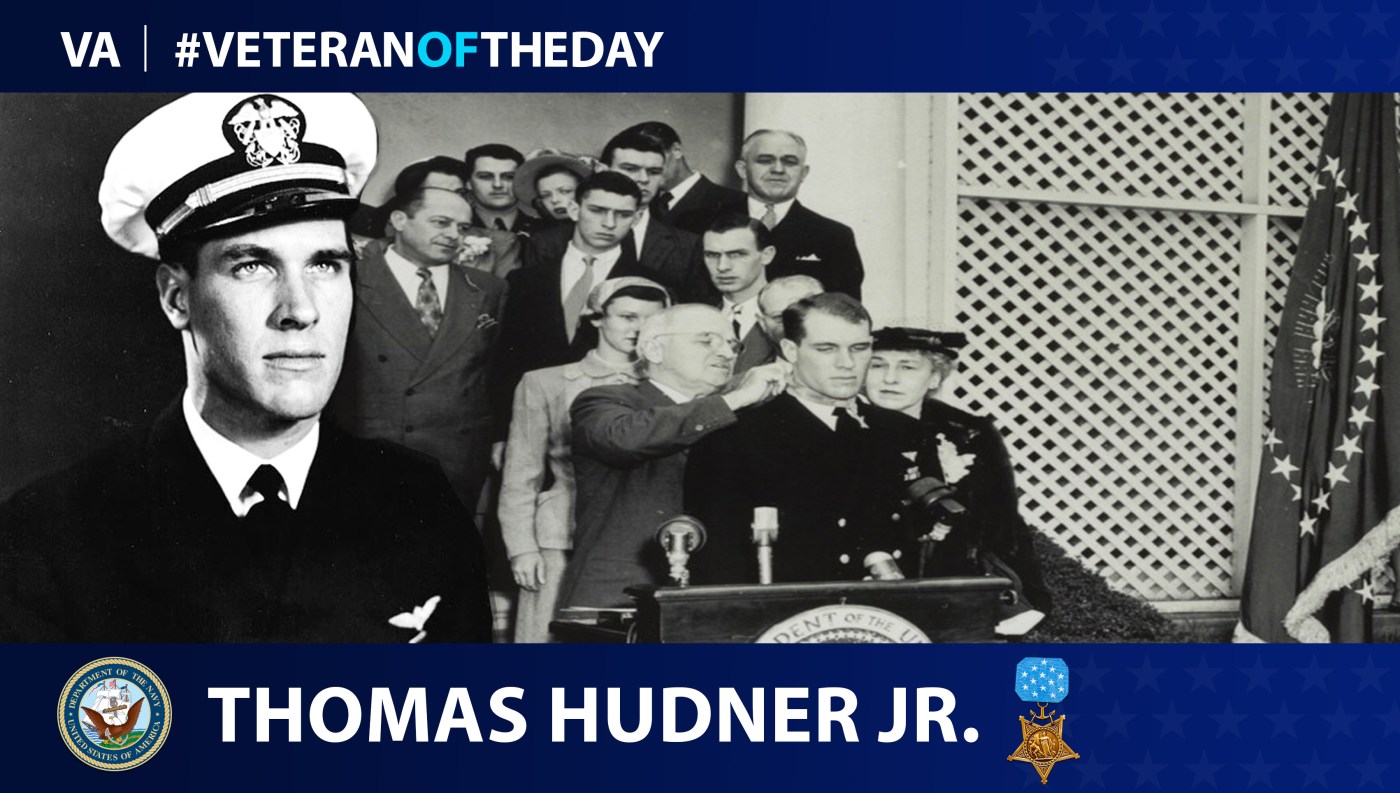 Veteran of the Day graphic created by Tenzin Chomphel for the U.S. Department of Veterans Affairs.

After the attack on Pearl Harbor, Thomas decided to join the military. He attended the United States Naval Academy from 1943 to 1946. He then attended Naval Air Station Pensacola and eventually became a naval aviator in 1949. He was then assigned to the USS Leyte, an aircraft carrier. Thomas was on the USS Leyte in the Mediterranean when the Korean War started, and the Leyte was told to go to the Pacific. Hudner flew many missions during the Korean War, attacking communication lines and areas with a lot of troops.

In December 1950, Thomas was on a reconnaissance mission when his wingman, Jesse Brown, was shot down. Jesse crash landed, making Thomas believe he was dead. However, Jesse was able to wave to Thomas and let him know that he was still alive, leading Thomas to land his aircraft. Jesse was pinned down in the plane due to the way it landed, and he was quickly freezing because of the cold weather. A helicopter came in to help Thomas, but they were unable to get Jesse out.

It started to get dark. The helicopter couldn’t fly at night, so Thomas and the other men had to leave Jesse. Thomas wanted to retrieve Jesse’s body, but the area was surrounded by the enemy. Instead, Thomas dropped napalm over Jesse’s body to cremate him. For his efforts to save Jesse’s life, Thomas was awarded the first Congressional Medal of Honor of the Korean War. He served in the Navy for roughly 20 more years, even serving during the Vietnam War. Thomas retired in 1973, earning the rank of captain and having a missile destroyer named in his honor. He then went to work as a commissioner for the Massachusetts Department of Veterans’ Services. Thomas passed away in 2017. More of his story can be found at http://memory.loc.gov/diglib/vhp/story/loc.natlib.afc2001001.02938/.