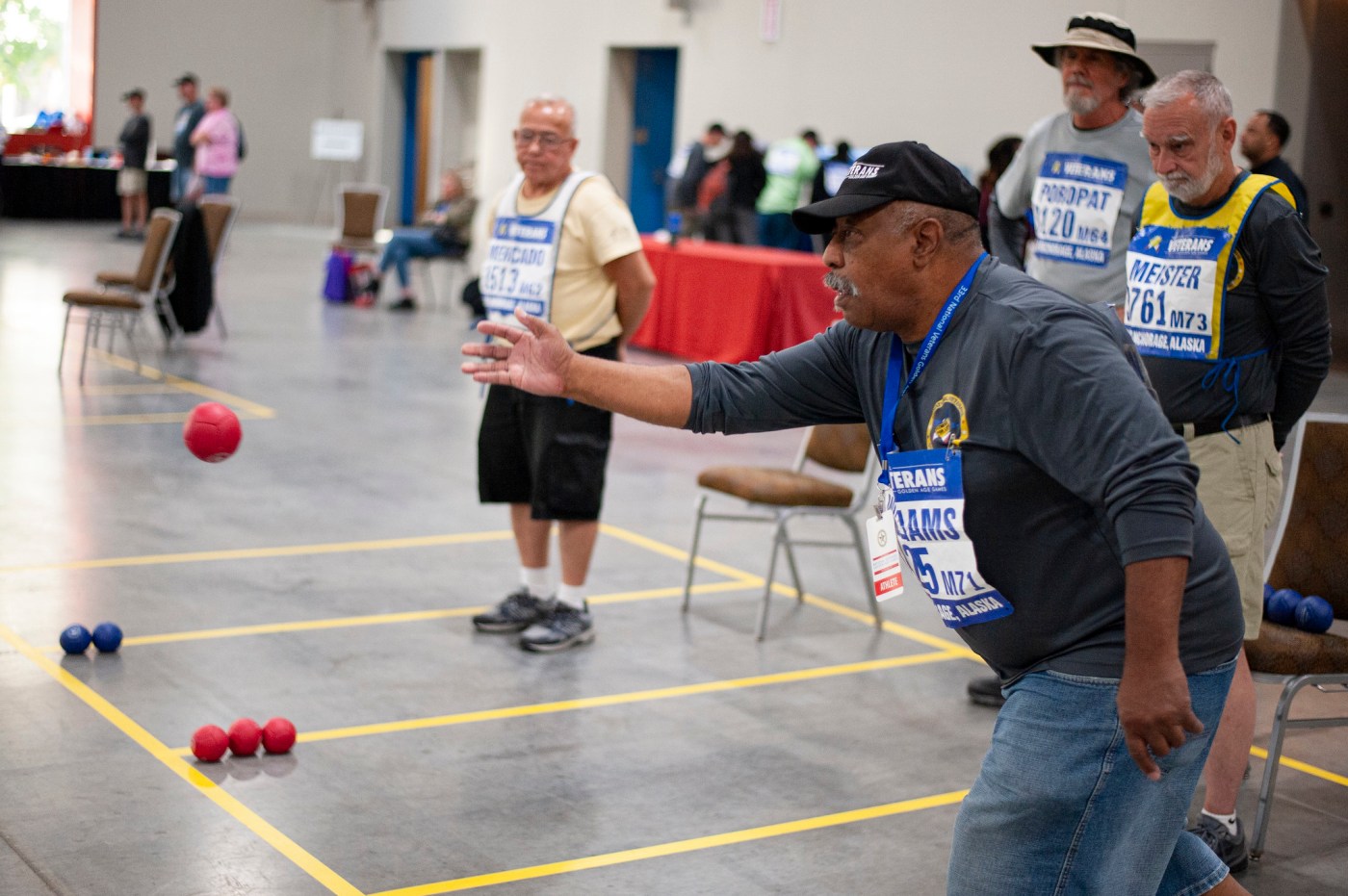 Last month, Willis Williams set out on a drive. But this wasn’t just any drive. It was more like a journey.

Over a nine-day period, Williams and his friend, Charles Gough, drove about 5,500 miles from St. Petersburg, Florida to Anchorage, Alaska, so Williams could participate in the National Veterans Golden Age Games. He took part in table tennis, air rifle, boccia, shuffleboard, and nine-ball at the annual VA sports event, which wrapped up on Monday.

Williams drove to Anchorage, instead of flying, because he loves to sightsee. The 10-state drive included a two-day stop at Mount Rushmore in South Dakota, one of the most popular tourist destinations in the country.

“I wanted to see the United States,” says Williams, who served in the Army from 1969 to 1972. “I enjoy driving, and I just wanted to take my time and tour. I’ll go back a different way so I can see things I haven’t seen before.”

In making the trip, Williams hit a personal milestone. His 200-mile drive through Alaska to Anchorage marked what he says is the 50th state he has now driven a car in.

Williams began the trip by himself on May 19, driving from St. Petersburg to pick up Gough in Florence, Alabama. From there, they drove through Tennessee, Missouri, Iowa, South Dakota, Wyoming, Montana, and into Canada and Alaska. They reached Anchorage on May 28.

Gough did most of the driving in his Hyundai Equus. The vehicle, equipped with a V-8 engine, is well-suited for long-distance highway cruising.

Williams says he didn’t discover anything different about Americans during the marathon drive than he already knew.

“Everything is kind of regional,” he says. “The culture of people say in Nebraska is different from the culture of people in South Dakota. You learn to see that difference and appreciate that difference. But overall, Americans are just Americans. They’re usually very open and pretty friendly. They’re very perceptive. And they see you based on who you are and how you behave. My mom used to say, `If you show yourself to be friendly, you’ll meet friendly people.’ I really believe that.”

Williams has some advice for people making a long drive that includes multiple nights of staying in motels.

“When you take on something like this, it’s important that every night you get a lot of good sleep,” he says. “Tomorrow, I’ll hit the road, so tonight I anticipate being in bed a good eight hours. The other thing is, if you feel sleepy, stop. Don’t try to push it. You can get what I call road scare. Your eyes will be open, and you’ll be looking, but they may be glazing over.”