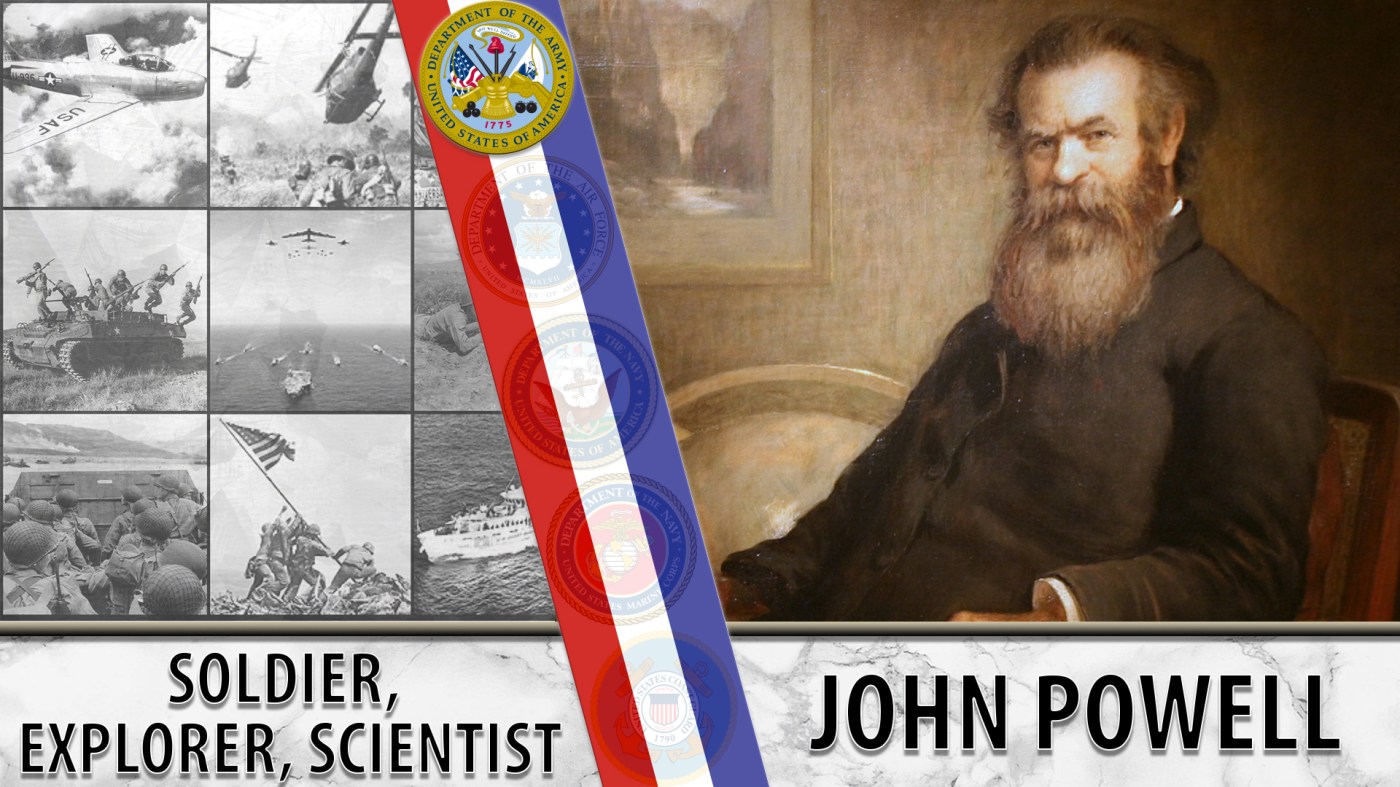 John Wesley Powell was a soldier, geologist, explorer of the American West, professor, and director of the USGS.

John Wesley Powell was born in Mount Morris, New York, in March 1834. Powell attended and taught simultaneously at several colleges, including Wheaton College and Oberlin College, though he never obtained a degree. From an early age, he had an interest in the natural sciences, and devoted much of his studies to the topic. In 1860, feeling that the United States was destined for Civil War, he began studying military engineering.

When war broke out in 1861, Powell enlisted on the side of the Union in the 20th Illinois Infantry at Hennepin. He was quickly elected as sergeant-major of the regiment, and was later commissioned as a second lieutenant once the 20th Illinois was put into federal service.

As the conflict drew on, Powell assumed command of an artillery battery within the 2nd Illinois Light Artillery. During a short leave in November 1861, he married Emma Dean in Detroit before returning to the Army in time to serve in the Battle of Shiloh.

During this fateful battle, while giving an order to fire, Powell would lose his right arm to a minie ball, “a type of muzzle-loading spin-stabilized bullet for rifled muskets.” The injury resulted in the loss of most of his right arm, with nerve pain he would feel for the rest of his life. Despite this wound, Powell returned to the line and fought at the battles of Champion Hill, Big Black River Bridge, and the siege of Vicksburg. After these conflicts, Powell was promoted to the rank of major and was given command of an artillery brigade under the 17th Army Corps. Before the end of the war, he would again see combat at the Battle of Nashville, after which he was promoted to the rank of brevet lieutenant colonel.

After the war, Powell taught geography at Illinois Wesleyan University and Illinois State Normal University, though he would soon leave to explore “the West,” starting with the Green and Colorado Rivers, and Longs Peak.

In 1869, Powell undertook his greatest expedition–the Colorado River and Grand Canyon. The 95-day journey was a success, and Powell was able to record new maps of the geology and topography of the West, and collect elements of Native American culture. Despite four men abandoning the expedition along the way, Powell completed the expedition seven months earlier than he anticipated, and it launched him to nation-wide fame.

Later, Powell would become the second director of the United States Geological Survey while also being the director for the Bureau of Ethnology. Powell resigned from the USGS in 1894, and died in September 1902. He was 68.