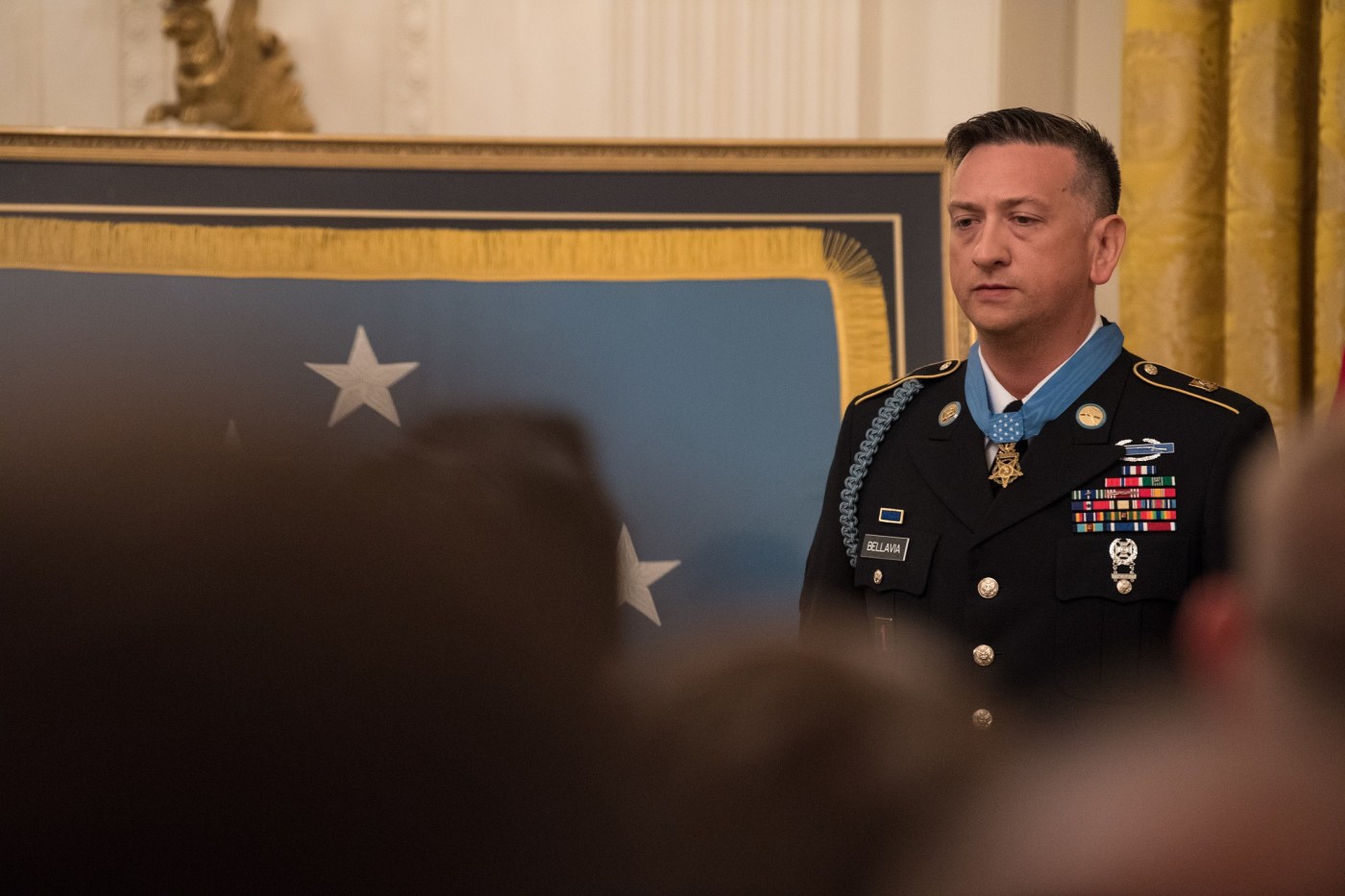 Editor’s note: The blog entry below was first published by the White House here.

On Tuesday, June 25, 2019, President Donald J. Trump presented the Medal of Honor to David G. Bellavia for conspicuous gallantry while serving as a Staff Sergeant in the United States Army.

President Donald J. Trump presents the Medal of Honor to former U.S. Army Staff Sgt David G. Bellavia during a ceremony at the White House in Washington, D.C., June 25, 2019. Bellavia was awarded the Medal of Honor (Date), 2019, for actions while serving as a squad leader with the 1st Infantry Division in support of Operation Phantom Fury in Fallujah, Iraq when a squad from his platoon became trapped by intense enemy fire. (U.S. Army Photo by Sgt. Kevin Roy)

David Bellavia enlisted in the United States Army in 1999. After previously serving in Kosovo, he deployed to Iraq in 2004 with Company A, Task Force 2-2, 1st Infantry Division. He was released from duty on August 16, 2005. David now has his own daily radio talk show for WBEN in Buffalo, New York. He continues to serve the military and Veteran communities through a number of philanthropic organizations.