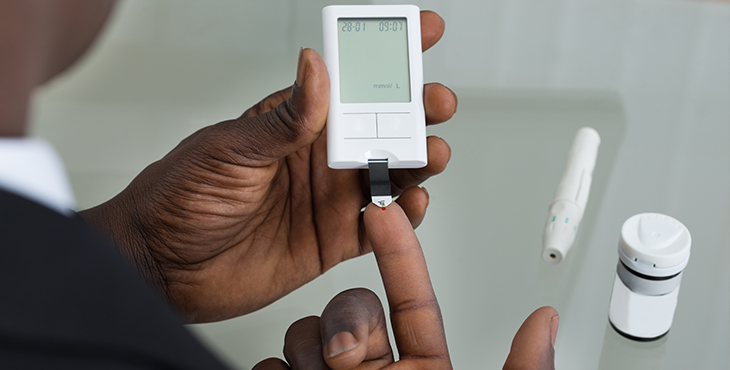 The results appeared in the New England Journal of Medicine in June 2019, a year after they were presented at a symposium of the American Diabetes Association.

In 15-year findings from the VA Diabetes Trial (VADT), researchers found that nearly six years of aggressive lowering of blood sugar levels resulted in a slight decline in cardiovascular events—a composite of heart attack, stroke, cardiovascular death, congestive heart failure, and amputation from gangrene—when compared with standard therapy. But the difference was not statistically significant.

The intensive therapy also appeared to make little difference in terms of deaths from any cause. Likewise, rates of kidney problems were similar between the intensive and standard groups.

In 10-year follow-up results published in the New England Journal of Medicine in 2015, patients in the aggressive-therapy group had a significant 17 percent drop in cardiovascular events. But that decline didn’t extend to 15 years. By that point, blood sugar levels had become similar again between the two groups. That suggested there was no carry-over benefit or “legacy effect” from the earlier period.

Blood sugar, or glucose, levels rise higher than normal in people with diabetes. Reducing blood sugar to normal levels is also known as tight or intensive glycemic control. In less aggressive therapy, the goal may be to slightly lower levels but not to get them quite to normal.

“Remember, there was a significant cardiovascular benefit of good sugar control at 10 years,” said Dr. Nicholas Emanuele, one of the three lead investigators on the VADT follow-up. “So, one interpretation of this is that good glycemic control is beneficial. But it must be sustained, or the benefit is lost.”

Emanuele is a specialist in endocrinology, diabetes, and metabolism at the Edward Hines, Jr. VA Hospital in Illinois.

The VA Diabetes Trial began in 2000. It included 1,791 participants from 20 VA medical centers and was sponsored by the VA Cooperative Studies Program.

To read more about this research, visit VA Research Currents. To learn more about other VA research on this area, visit our web topic page on diabetes.