Overton Brooks VA: This purple heart has a name 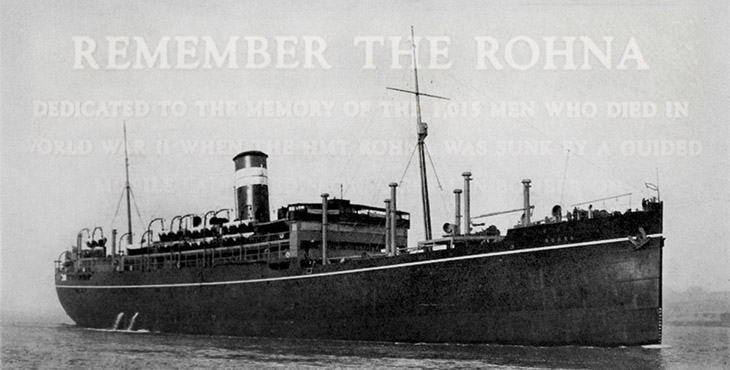 Most days, Overton Brooks VA ambassador, Nathaniel Cornelius, will see hundreds of people. Most of the time Veterans just need to know where to go for their appointment. But March 29, 2019, was no average day. That’s when an anonymous person handed Cornelius a Purple Heart medal, which set in motion the mystery to find its owner.

“As a Veteran, I knew this was important and I should give it to the right person,” said Cornelius.

A name on the back of the medal read “John M. Efstis.” A preliminary internet search found his name listed in records from the State of New Jersey.

According to records, Private First Class John Efstis served in the Army Air Corps during World War II, and he is listed as missing in action on November 27, 1943.

Additional research, if accurate, shows that PFC Efstis was on board the troop transport ship, the HMT Rohna, when the vessel was attacked in 1943 by German aircraft. The Rohna sank, which resulted in the loss of more than 1,000 soldiers. PFC Efstis is among the many believed to be lost at sea.

The Overton Brooks VA Medical Center has communicated with the Purple Heart Reunited Foundation and the New Jersey Department of Veterans Affairs to return the medal to Efstis’ family.

Additional leads have turned up the name of a possible link to a nephew of Efstis, who is a resident of California.

“I don’t know what his family knows about his story or his service, but I think it’s important that they know he was awarded this medal and it is a part of their family history,” said Zachary Sage, associate medical center director.

The significance of this honor is not lost on Veterans’ groups.

“Of all the medals, including the Medal of Honor and valor awards, it is probably one of the most prestigious and revered because of what it represents,” said Ron Chatelain, Louisiana Commander, Military Order of the Purple Heart.

Additional information about the HMT Rohna can be found here.