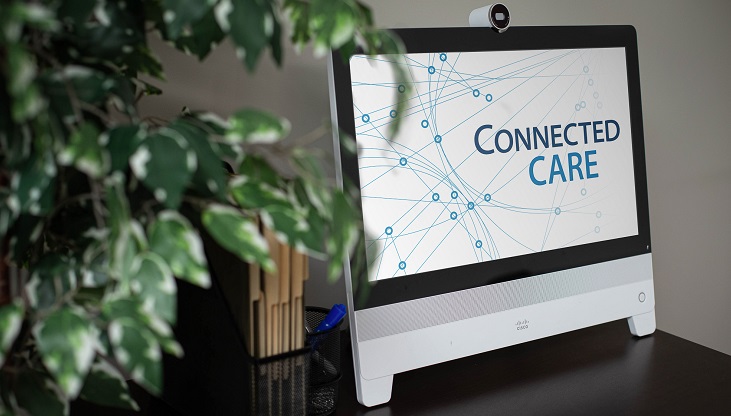 But instead of grabbing his keys to head to the facility for his checkup appointments, he often opts for the keyboard instead. It’s a habit he formed in 2005 as an early adopter of My HealtheVet, VA’s online personal health record that enables Veterans to access their VA health care information whenever they want.

“Over the last 10 years, I’ve had open-heart surgery, back surgery, two knee replacements, kidney cancer, and I’ve had to learn to live with a pacemaker,” said Mielke. “People have told me that I’m basically a superhero at this point, but I don’t necessarily believe that.

“With all my medical history, it’s important for me to have direct contact with my health care team through capabilities like My HealtheVet’s Secure Messaging feature.”

Mielke’s need for communication increased in December 2018 when his VA provider prescribed him an anticoagulant, a medication that requires blood monitoring once a month.

“Typically, I go into the clinic between noon and 2 p.m. for my bloodwork,” Mielke said. “But the best part of My HealtheVet is that my results are typically available online within three business days. I don’t have to wait a week to get the results, hear them directly from my doctor, or go back into the clinic.”

“Anticoagulants save lives, but they’re also considered high-risk medications because they increase a patient’s risk for bleeding complications,” said Lucas. “Because of this, we monitor a patient’s blood as often as every four to eight weeks.”

Lucas oversees one of the largest VA anticoagulation services in the U.S. where over 6,000 VA patients require regular monitoring for anticoagulant medication. To offer Veterans the best health care possible, Lucas has relied on innovative virtual care capabilities, like Secure Messaging, to frequently communicate with patients. A dedicated anticoagulation Secure Messaging team makes sure Veterans have prompt access to their medication through their pharmacy providers.

Veterans in need of blood monitoring or lab work for anticoagulant prescriptions can go to more than 15 locations within the NF/SG region for screening, including 11 community-based outpatient clinics. Medical care teams inform patients of the results either during a visit or through a phone call. Around 90 percent of these interactions still occur over the phone, Lucas said, but My HealtheVet allows Veterans to take charge of their health care by accessing the results at their convenience and often faster than waiting for a follow-up call or an appointment.

“The struggle we face as health care providers is that we can’t always see patients face-to-face, but we need to communicate with them on a regular basis,” said Lucas. “I understand the need to still have face-to-face interactions with patients, but it’s nice to have alternate ways of communicating and contacting Veterans.”

The increased, and often quicker, communication through My HealtheVet’s secure messaging feature gives Mielke, and other Veterans like him, the freedom to spend time doing the things he enjoys, including going on walks with his wife of more than 47 years.

In his words, “She’s the one who can actually get me out of the house!”

Interested in learning more about My HealtheVet? Visit www.myhealth.va.gov and get registered today.

Treva Lutes is a communications specialist with the Veterans Health Administration.