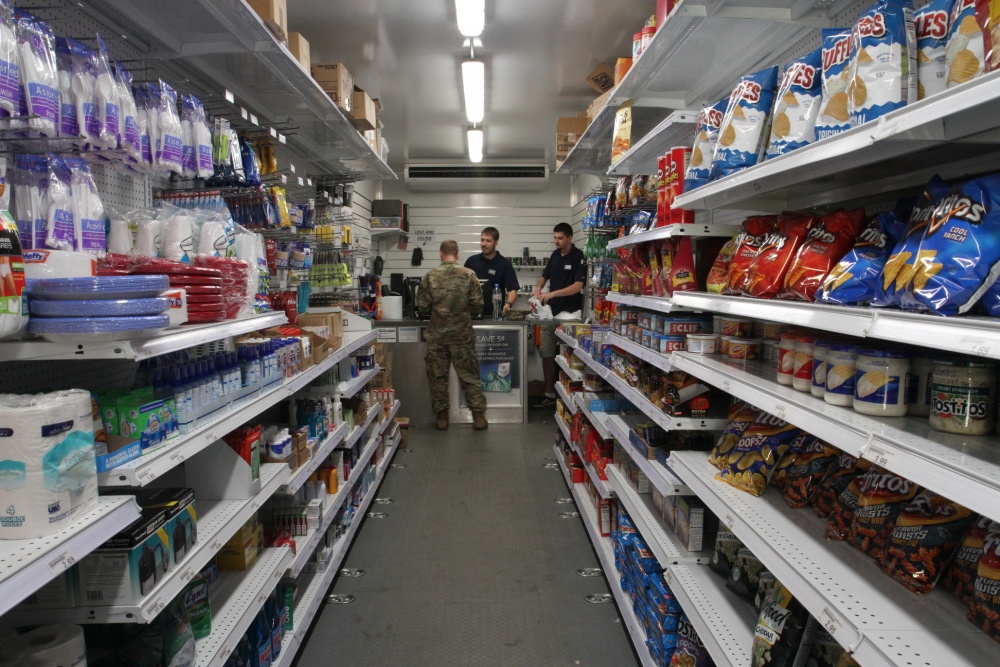 This article was originally authored by Patricia Kime and posted on July 18, 2019 by Military.com. You can find the original, here.

If you are a veteran who would like to return to the Middle East, the Army & Air Force Exchange Service, or AAFES, may have a job for you.

AAFES is currently recruiting veterans for jobs “downrange.” Right now, jobs are open in Kuwait, but positions frequently come available in 41 stores in eight countries in the Middle East, including Iraq and Afghanistan.

According to AAFES, salary is commensurate with experience and, although the jobs start at $33,000 for salaried positions and range between $11 and $22 an hour, downrange employees get free housing and meals at installation dining facilities.

Deployments can last from six months to a year, with an option to extend to two years. After a deployment, employees are eligible to apply for other jobs within the system.

AAFES officials said veterans who have held security clearances are highly desired because they can be employed more quickly than employees who need background checks.

The Navy Exchange Service and Marine Corps Exchange each have job openings, but none are in active areas of operations. Information on downrange jobs at AAFES can be found at its website. NEX jobs are posted at its site, and the Marine Corps Exchange advertises its openings through the individual stores’ websites.

Leroy Elliott, who served in Vietnam, is the service business manager in Kuwait. “The work is challenging and the days are long,” he said in a news release. “It’s all worth it when we can bring a little bit of home to the men and women who are putting themselves in harm’s way and serving our country.”

This article was originally authored by Patricia Kime and posted on July 18th, 2019 by Military.com. You can find the original, here.