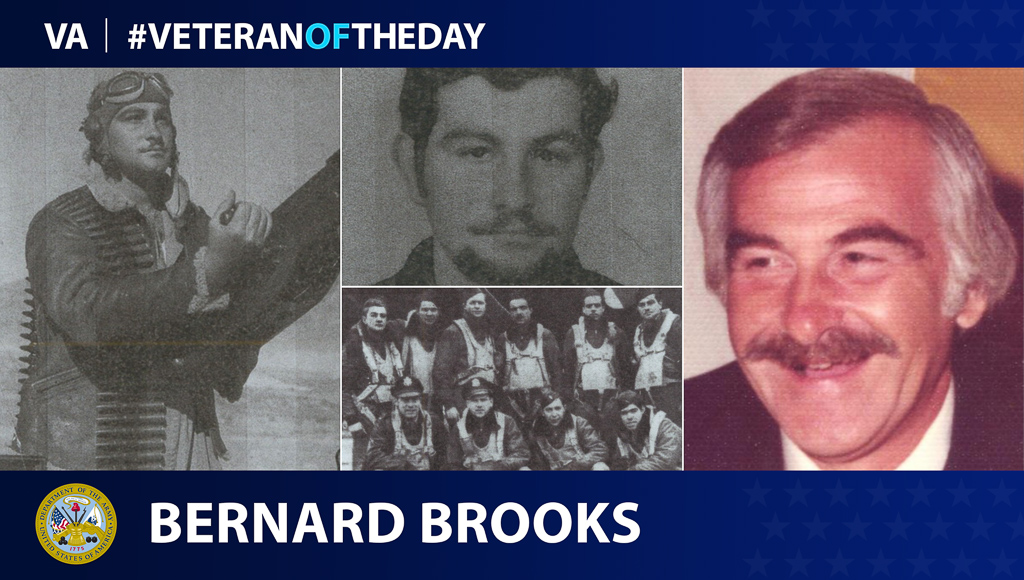 Today’s #VeteranOfTheDay is Army Air Corps Veteran Bernard Brooks, who was a gunner bombardier in Europe during World War II.

Bernard Brooks enlisted in the Army Air Corps and graduated technical school on August 1, 1941, as an airplane mechanic. He served in the 8th Air Force in the 385th Bomb Group as a gunner bombardier on a B-27. In March 1944, on his fifth mission bombing Berlin, Brooks’ plane was shot down by enemy flak. After bailing out, his parachute cord broke, forcing him to rip open the parachute bag himself as he was falling. Landing in a field, Brooks was swiftly captured by German troops and brought to a POW labor camp in northern Germany near Barth. Brooks interned at the camp for a year and a half before it was liberated by Soviet forces under Marshal Zhukov.

Brooks returned to the United States for some rest & relaxation, and to prepare for an assignment to the Pacific theatre. During his time home, he met Edna, his future wife. The war ended before Brooks was shipped to the Pacific, and he was discharged from Long Beach, California, at the rank of staff sergeant. Brooks worked briefly for an uncle in the grocery and produce business before going into the drug business. He and Edna owned their own drug store for 17 years and supplied the Chicago Cubs with their medications. This experience made many happy memories for his family.