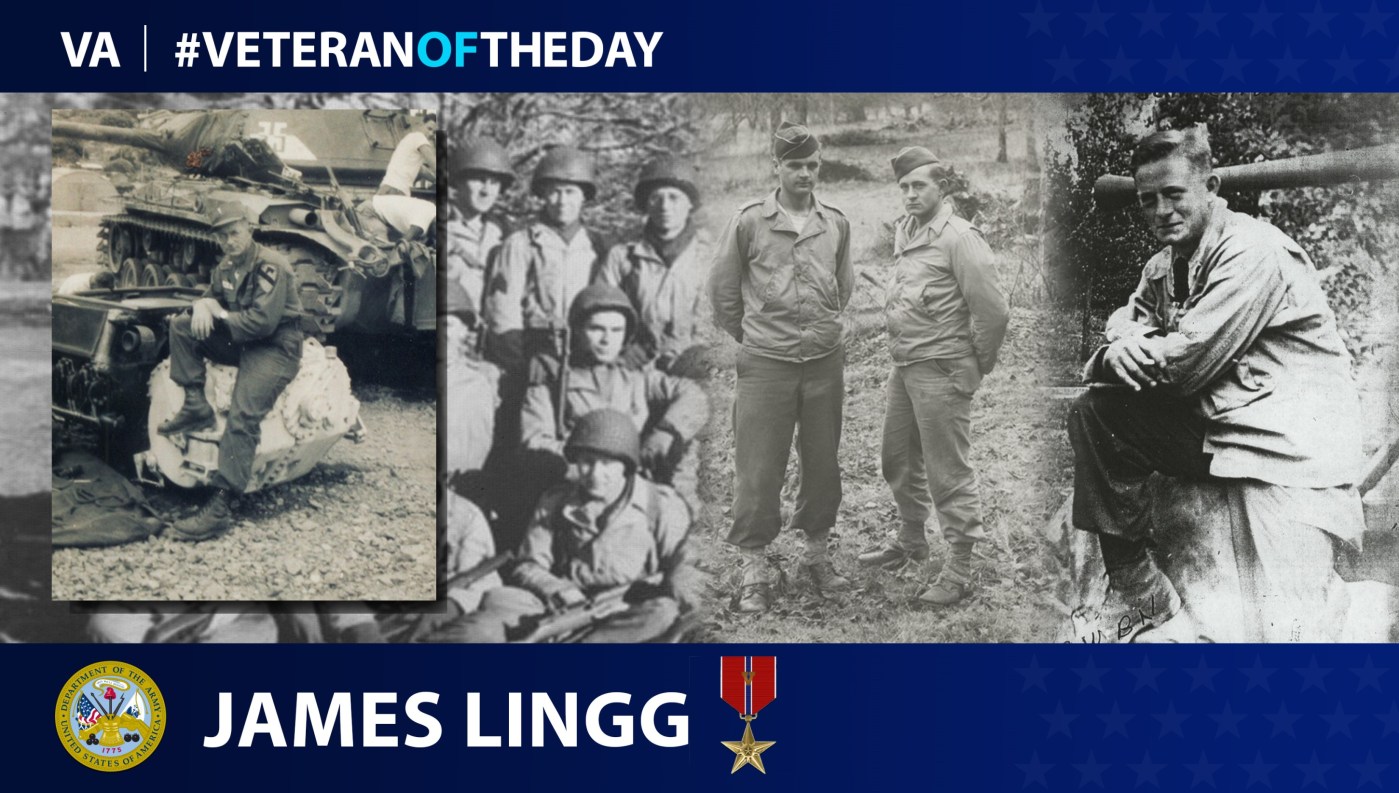 James Thomas Lingg was born in Washington Sept. 22, 1924. He enlisted in the Army four months after turning 18 then traveled to Ford Hood, Texas, to complete 13 weeks of training to become a tank destroyer driver. After completing his training, Lingg went from Newport News, Va., to Casablanca, North Africa, on the USS West Point. While there, he worked as a replacement doing odd jobs until being shipped to Sicily.

Lingg was in the 1st Infantry Division camp in Sicily before he was sent back to Africa on the USS Earle to get a hernia operation. When he returned to Sicily, Lingg helped guard the railroad yards, trains and supplies.

James Lingg letter to his mother from a German hospital.

During a German attack Aug. 10, 1944, Lingg was shot and stayed in the 30th General hospital in France, where nurses removed a bullet from his back. In a letter to his mother Aug. 11 written in a German hospital in Paris, Lingg said, “I am treated very good and my wounds are starting to heal very good. I was hit twice.” He later received the Bronze Star Medal for his actions.

He went on to be a gunner with the 787th Automatic Weapons Battalion in 1944. At the end of WWII, James was stationed in Reims, France, and ensured German planes coming in to surrender were not fired at. He returned home on a Liberty ship and was discharged in December 1945 at Fort Douglas, Utah.

James re-enlisted and was assigned to serve in the Korean War in April 1952. In Korea, he was assigned to Company A of the 27th Infantry Regiment as part of the 25th Infantry Division. James was the unit administrator, serving as the pay, supply and mess officer. He served in this position in various regions throughout Korea for 11 months.

In December 1963, James retired from the Army at Fort Lewis, Wash.  He recalled his service fondly as a “great thing to have happened.” After retiring, James went on to work in commercial businesses where he rose to the rank of assistant manager.

In January 2009, James passed away at the age of 84 in Washington state.