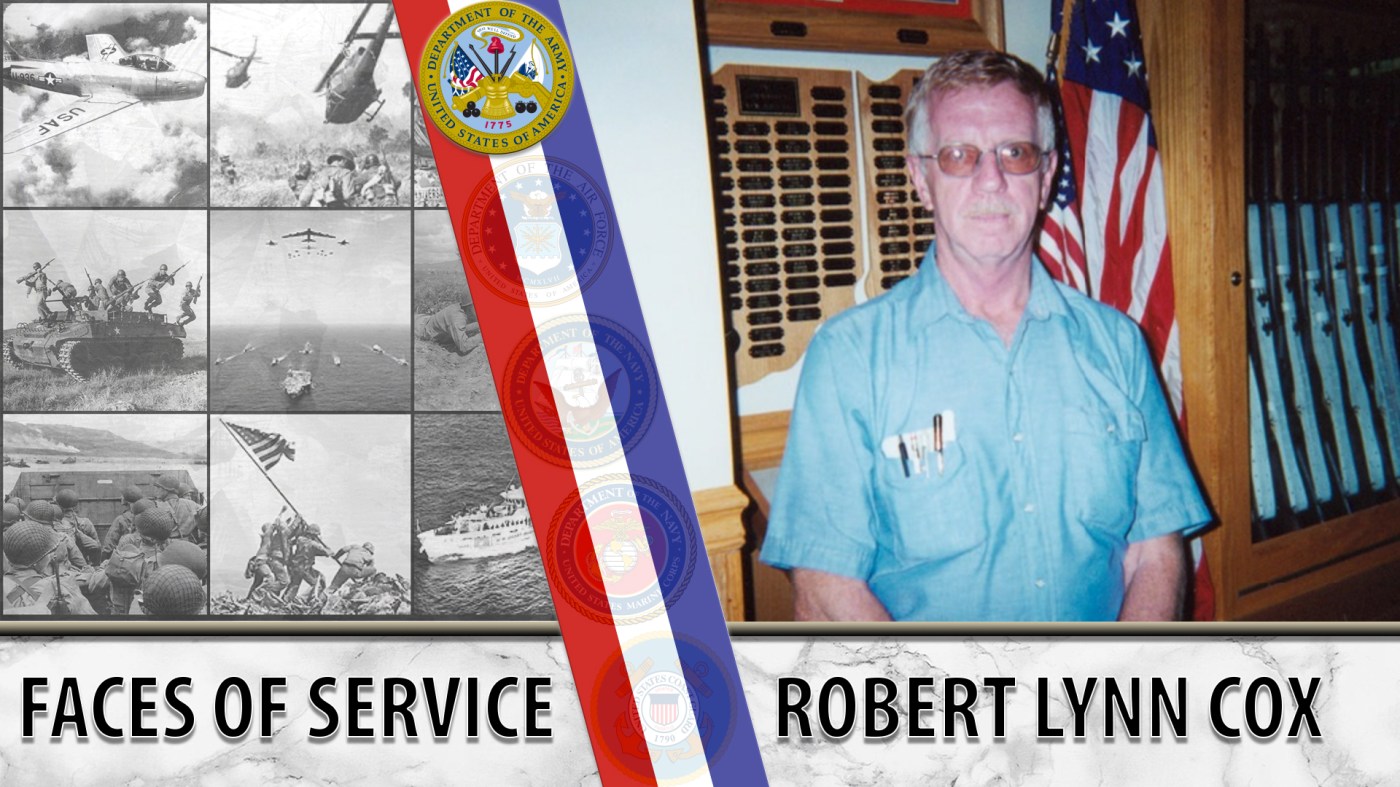 Robert Lynn Cox was an Army draftee during the Vietnam War and fell in love with the military lifestyle, later serving the National Guard for 23 years.

Robert Lynn Cox grew up as one of 11 children in a family from Oakland, Indiana. After graduating high school, Cox worked for the Whirlpool corporation and had been accepted into an electrical apprenticeship. His plans were disrupted by a military draft notice, though he was unsurprised by the news, and even expected it.

Cox was a Boy Scout as a child, and felt that it had prepared him for training. He didn’t find basic training inspiring, simply physically and mentally stressful. After basic training, Cox went to Fort Polk in Louisiana for Advanced Infantry Training (AIT), where he said the experience truly got real for him. In AIT, Cox and the other soldiers learned infantry skills, like map and compass reading and survival tactics. The weather in Fort Polk was abysmal, something which Cox said prepared him for Vietnam. He received his deployment orders in September after graduating AIT in August.

Cox remembered the awful smell after stepping off the plane in Vietnam. It wasn’t long until he saw combat.

As part of the First Cavalry, Cox flew around the countryside and stayed out for extended periods of time. He often fought in areas with an active Viet Cong presence. Whenever a fire fight broke out, he remembered the need to drink water. Four months into his time in Vietnam, he entered sniper school. Throughout his time in Vietnam, he would sometimes get the feeling that he had cheated death. It took 11 months to realize that he could die at any time.

One day, he was wounded in the face by grenade shrapnel.  He lost his sense of smell, sometimes triggered even today while shaving. For this, he earned the Purple Heart.

Upon returning home, Cox was granted 16 days of leave. He then received orders to go to Panama, but due to having less than 180 days left, he was unable to go on this overseas assignment. In order to avoid the limbo of holdover status, Cox contacted Senator Harke, who in turn contacted the Pentagon. The next day, the Pentagon called him and offered a choice between three domestic postings. He decided on Fort Van Harrison in Indianapolis due to the shorter drive and family living nearby.

At Fort Van Harrison, Cox was shocked to discover that its main function was as a finance center, and was disappointed that the camaraderie was not the same as what he saw on the battlefield. Though his wife eventually persuaded him to leave the Army, a few months after discharge, he joined the National Guard, where he would remain for another 23 years. Cox used his GI Bill benefits for the correspondence course which helped him in his career as a locomotive mechanic.

More can be learned about Robert’s story at the Veterans’ History Project at: https://memory.loc.gov/diglib/vhp/story/loc.natlib.afc2001001.02900/