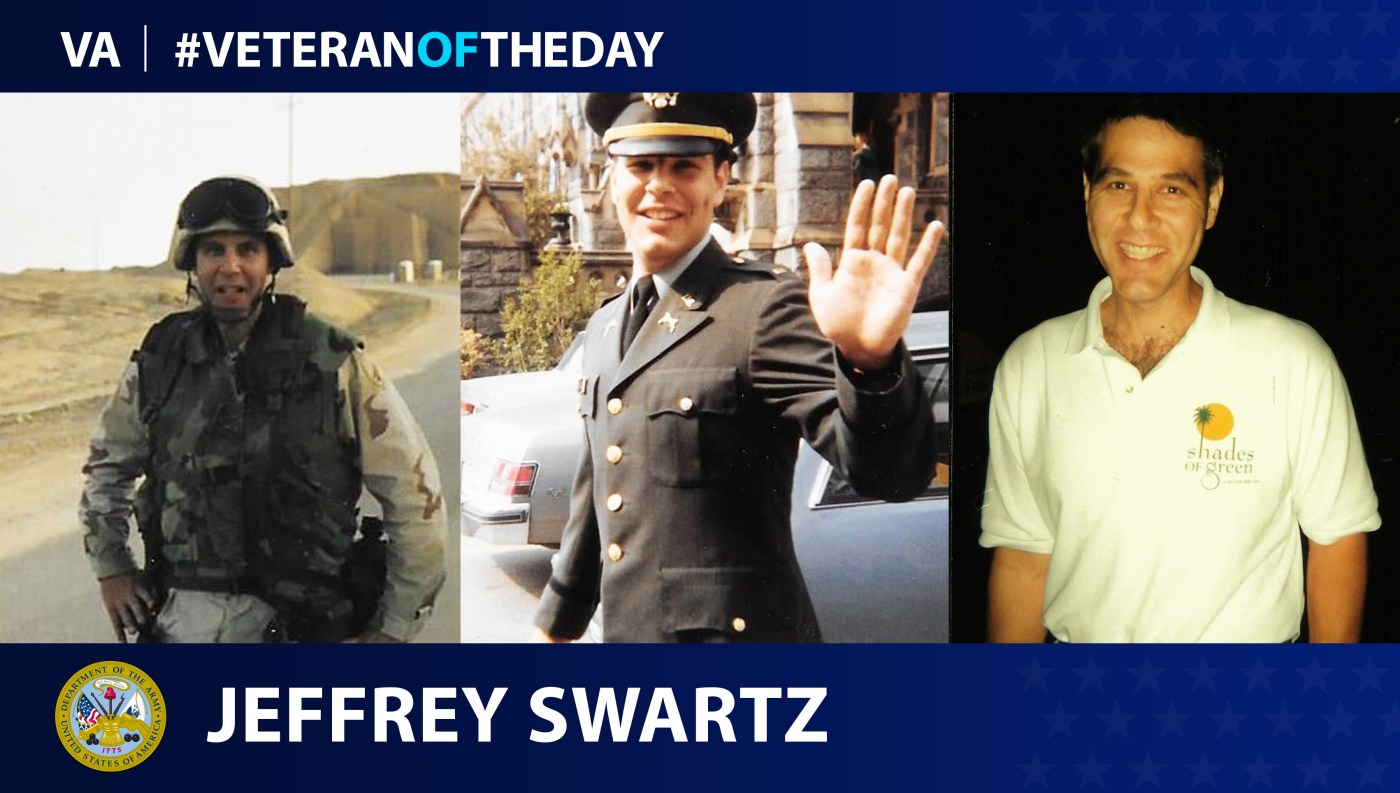 Today’s #VeteranOfTheDay is Army Reserve Veteran Jeff Swartz, who served in support of three combat operations during his service.

Jeff Swartz was born Oct. 6, 1963, in Albany, N.Y., and spent the majority of his childhood in Philadelphia, Penn. Swartz moved to Washington, D.C., to attend American University.

While not on active duty, Swartz worked for several Federal agencies, including the Department of the Navy, the Environmental Protection Agency and the Consumer Financial Protection Bureau. When not working for the federal government, Swartz enjoyed coaching his children’s youth sports teams and leading Cub Scout events. He passed away May 10, 2015. He is remembered as a devoted father and husband, and warm friend to all who crossed his path.