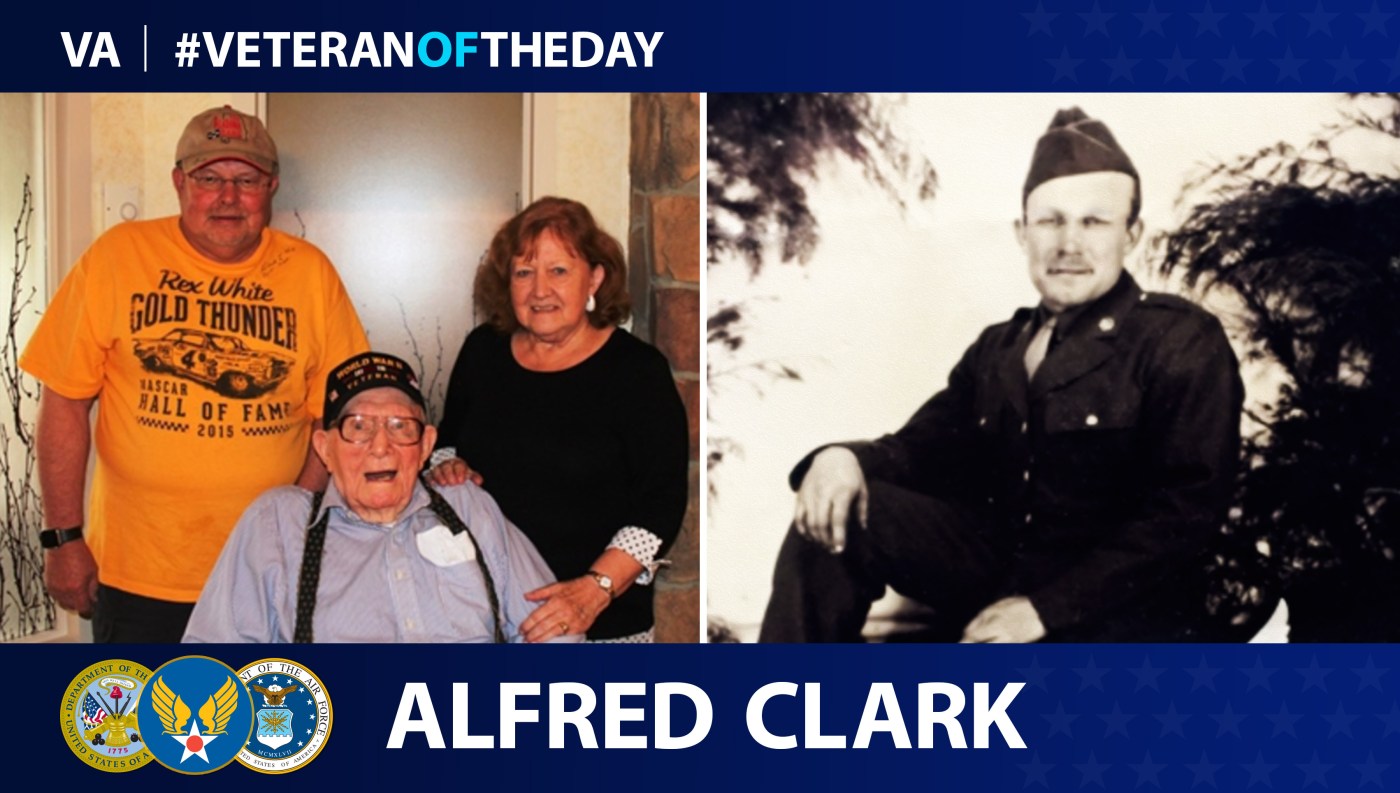 Alfred Clark was born in 1913, and is a native of Takoma Park, Maryland. In 1943, at the age of 29, he was drafted into the United States Army Air Corps, the precursor to today’s U.S. Air Force. He completed basic training at Fort Leonard Wood, Missouri. After completing advanced individual training in Pennsylvania, he was assigned as a general carpenter with the Ninth Air Force and deployed to Europe.

Clark first sailed to England on the SS M.I.T. Victory ship and then crossed over to Germany. He participated in the Allied Rhineland Offensive, serving at Fritzlar Airfield in northern Hesse. During this time, he witnessed firsthand the devastation of war, but found comfort in his faith.

In 1946, Clark was discharged at the rank of private first class. Shortly after returning home, he obtained a job in construction and began a family with his wife Mary, to whom he was married for 64 years. He currently resides in Martinsburg, West Virginia, and receives his care at the Martinsburg VA Medical Center.

On June 13, 2019, Clark celebrated his 106th birthday, making him one of the oldest living World War II Veterans.