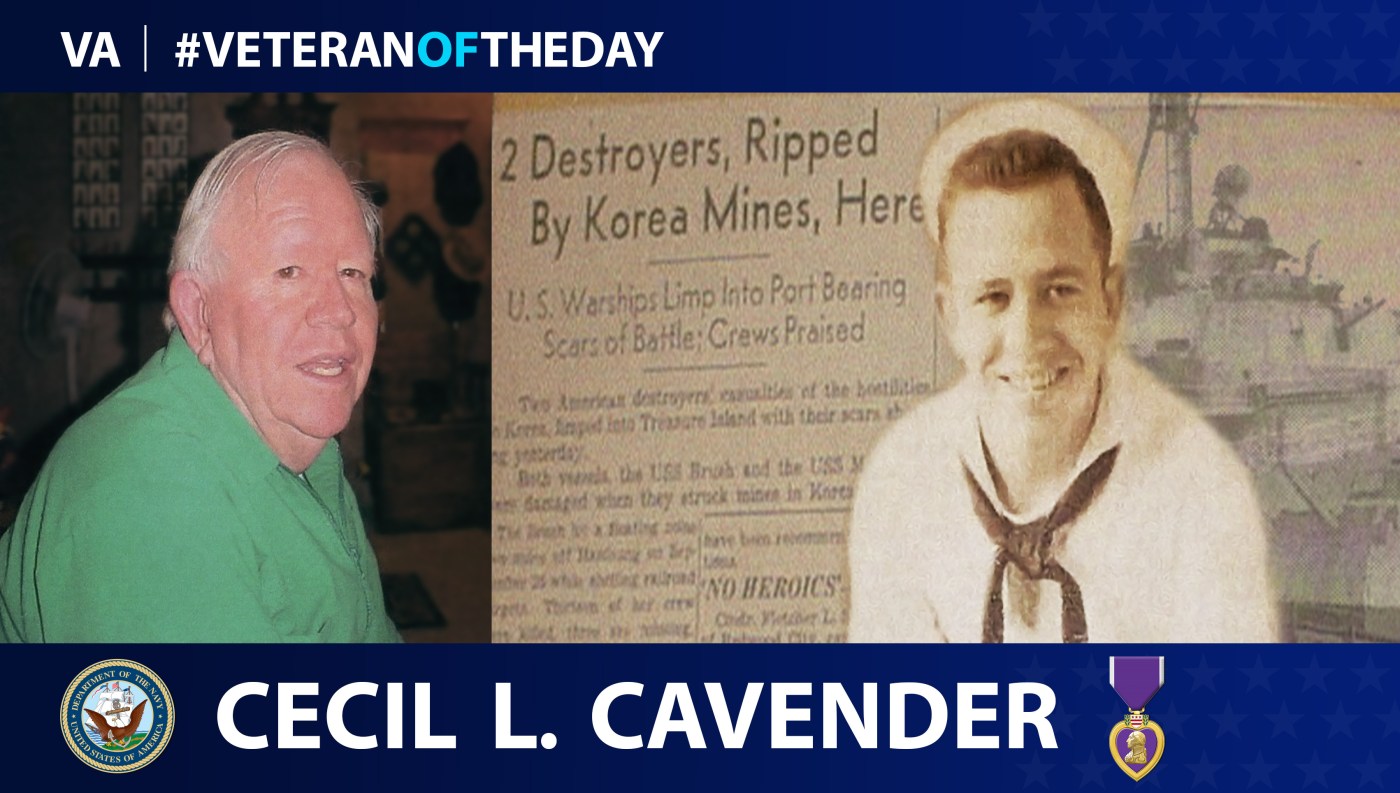 Cecil “Bud” Cavender lived in Sasabe, Arizona, when he enlisted in the Navy in 1948. After driving his stepbrother to the enlistment station, the ongoing Berlin Airlift and communist takeover in China motivated Cavender to enlist as well. He made his decision then out of necessity, but his patriotism grew over time.

When the Korean War began in 1950, Cavender was stationed in Japan aboard the USS Mansfield, the first American ship in Inchon harbor. The USS Mansfield escorted civilian ships full of refugees out. During this time, Cavender thought it was thrilling to hear people talk about the Navy coming to the rescue. Cavender saw much combat as fire control and was injured by a mine in Wonsan Harbor, for which he earned the Purple Heart.

After the Korean War, Cavender remained in the Navy into the early years of American involvement in Vietnam. He served from January 1962 to January 1964. His job at this stage was to train the South Vietnamese military. He returned in 1967 to make payments to intelligence sources.

Cavender retired from the Navy in 1971 at the rank of chief petty officer. Over the course of his service, he earned the Purple Heart, Combat Action Ribbon, Navy Unit Commendation, Navy Meritorious Unit Commendation, and the Republic of Vietnam Armed Forces Meritorious Unit Citation With Gallantry Cross. After his retirement from the Navy, Cavender went on assignment in Crystal City, Virginia, where his job continued to involve payments for information.

To learn more about Cavender’s story, go to the Veteran’s History Project at: https://memory.loc.gov/diglib/vhp/story/loc.natlib.afc2001001.00226/