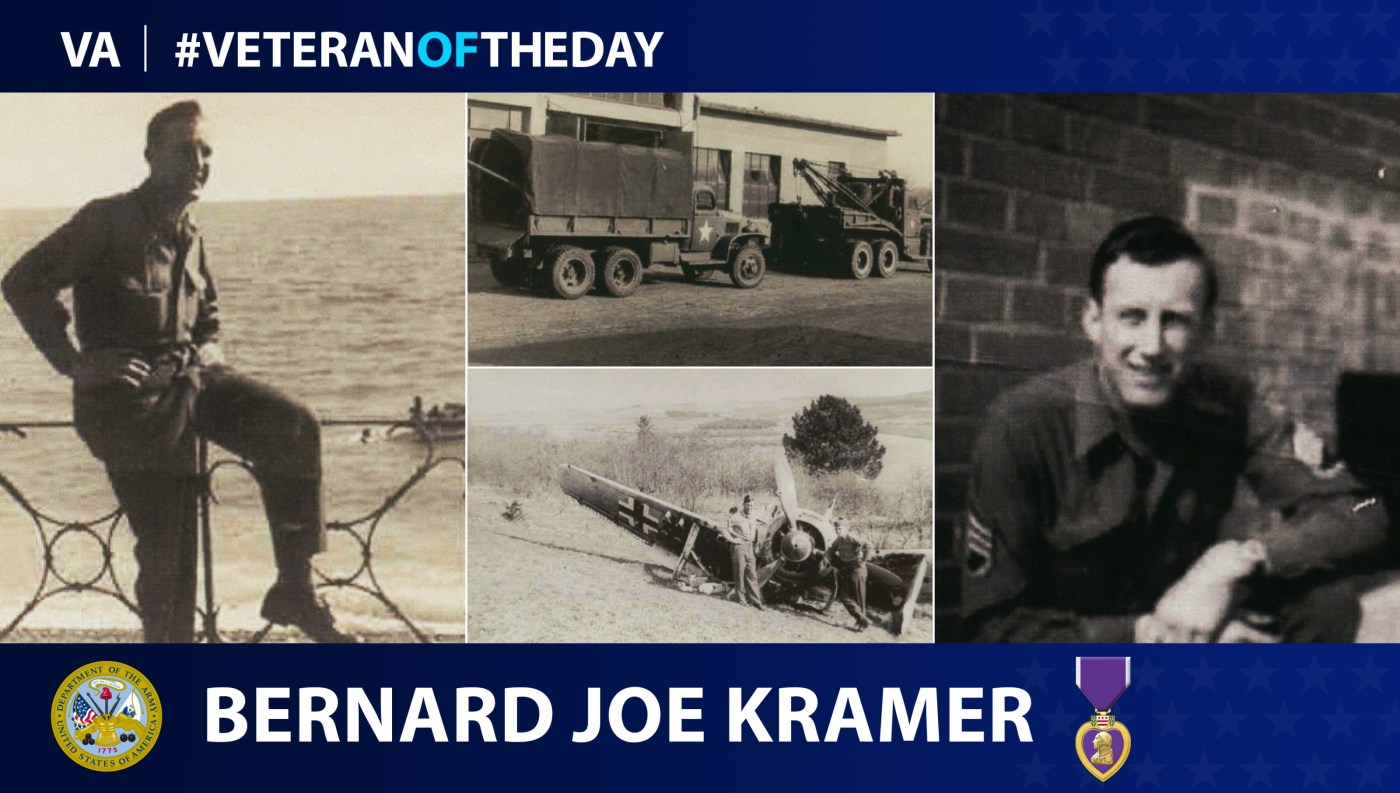 Bernard Kramer was drafted into Army service in February 1944. He completed basic training in Little Rock, Arkansas, where he survived a tornado that touched down during a training mission.

After training, Kramer was sent to Aachen, Germany, in October 1944. On one of his first missions, a shell exploded near him, which led to powder burns in his eyes. He received a Purple Heart while healing in a Belgian hospital. Two months later, the house he was sleeping in caught fire, and he had to evacuate for fear of attracting German bomber attention.

His unit moved to a small town near a field. The men watched as another unit moved across the field where they “were picked off” by German fire. Kramer’s unit would cross next. They got further, though not without a cost: Kramer’s best friend was shot, and the commander wanted to surrender. Realizing the Germans would just shoot them anyway, Kramer grabbed a bazooka and began firing at the Germans. Soon, 30 Germans had surrendered, and Kramer and company captured them.

When the war ended, his unit was assigned to occupational duty in Beirut, Germany, where his unit passed time playing softball. One time, Bernard got to play with Rube Rowe, the catcher for the Chicago Cubs, and Cy Blanton, the pitcher for the Pittsburgh Pirates. Kramer later transferred to a service company where he drove a wrecker that pulled tanks out of the farmland. He was discharged in 1946 and eventually became the owner of a bowling alley in Aurora, Nebraska. Bernard Kramer died in 2012.