Home / Top Stories / VA Police: Protecting those who protected us

VA Police: Protecting those who protected us 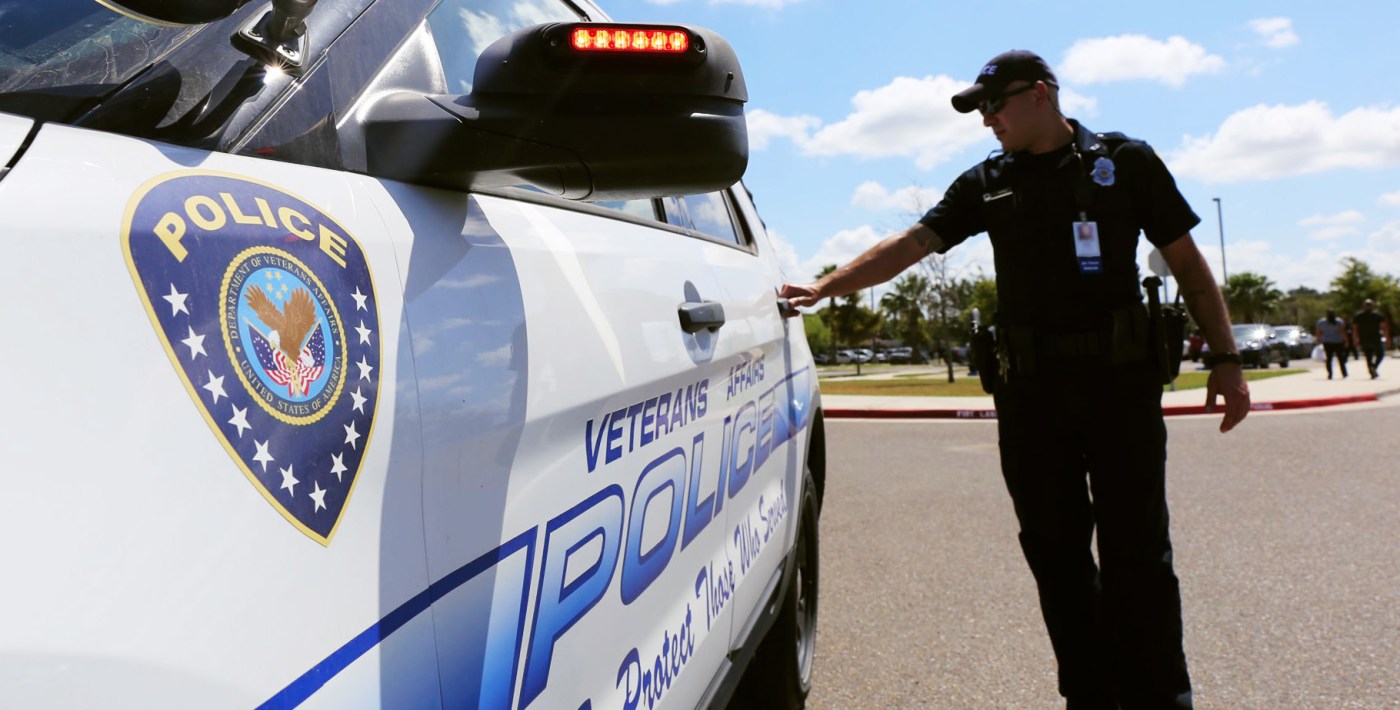 Cpl. Orlando Camacho, Lt. Kenneth Frazier and officer Miguel Calderon didn’t know they would save lives when they woke up Aug. 12 and reported to the Jesse Brown VA Medical Center in Chicago.

The three members of the VA Police were on duty when shots were fired just outside VA’s doors. As alarms blared and people flooded 911 with calls, Camacho, Frazier and Calderon waded past panicked people toward a man with a rifle in his hand who entered the building.

All three drew their firearms and ordered him to drop the rifle. The suspect complied and was quickly handcuffed.

Less than a minute after the call went out, it was all over. VA Police had their man without firing a shot, and no one was hurt.

It’s an incredible success story at a time when we continue to wake up to news of violence across the nation. Our hearts break when these tragedies occur, but when our first responders run toward danger and prevent tragedies as these three VA Police officers did that day, our hearts swell with pride.

On behalf of the entire VA family, I thank Camacho, Frazier and Calderon for their prompt, measured and heroic response.

The incident is just the latest point of pride for the VA Police, a family of 4,700 that works around the clock to ensure the safety and security of our medical centers and national cemeteries.

The origins of this police force date back to President Abraham Lincoln’s time — they have been working alongside Veterans for more than 150 years now, although their role has changed over the years.

Suicide prevention is our top clinical priority, and the decision to put our police through rigorous training on how to de-escalate potentially violent situations is a testament to our all-hands-on-deck approach to this issue.

The VA Police do more than just protect Veterans, families and visitors from outsiders, they are also specially trained to ensure Veterans are not a harm to themselves. Suicide prevention is our top clinical priority, and the decision to put our police through rigorous training on how to de-escalate potentially violent situations is a testament to our all-hands-on-deck approach to this issue.

Just months ago, a Veteran on a VA campus in Atlanta threatened to take his life. VA Police officer Alonzo Pitmon found the Veteran in a car in the parking lot, and repeated to the Veteran, “I am here to help you and not hurt you.”

This potential victim was taken into custody unharmed, thanks to Pitmon and others.

These officers undergo specialized training at the VA Law Enforcement Training Center in Arkansas, where they are taught “Veteran-centered policing,” which focuses on resolving incidents in a respectful manner that’s designed to ensure the maximum level of safety for anyone in one of our medical centers. They learn to de-escalate situations through apprehension techniques that minimize the amount of force officers use to gain control over these situations.

Our officers also have another edge — many are Veterans themselves, and have deeper insight into the sorts of challenges that our Veteran patients and their families are facing.

This nation has a duty to understand and treat mental health disorders affecting Veterans and non-Veterans that lead to violence against others and the tragedy of suicide. As a start, we need discussions at all levels about the value of life, and we must have a plan beyond hoping we can save people by making the equivalent of a last-second diving catch.

We are making important strides in that direction, particularly when it comes to addressing the issue of Veteran suicide. Meantime, those VA officers in Chicago, Atlanta and elsewhere have our eternal thanks for engaging in situations in which there is only time to act, not plan, and for fearlessly serving as our last line of defense against the unthinkable.