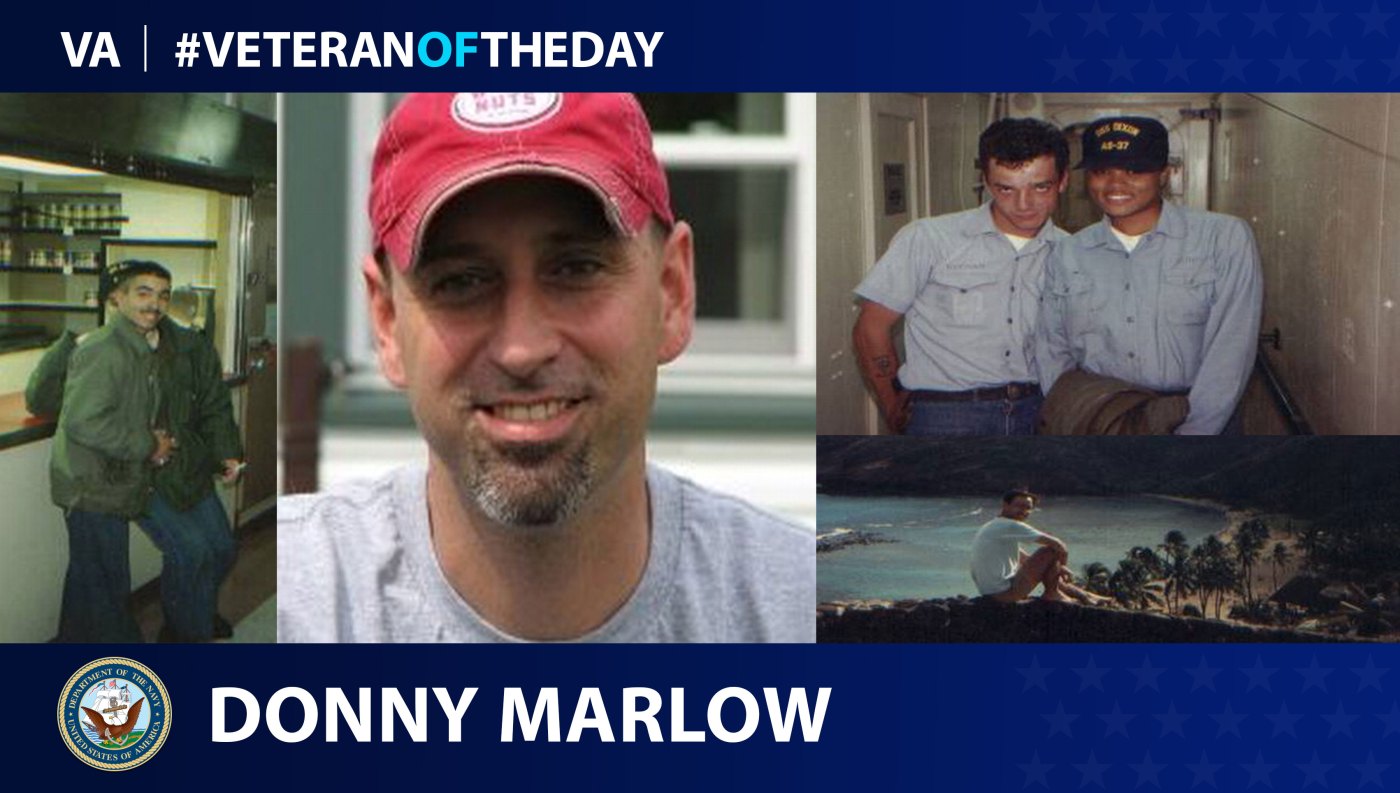 Today’s #VeteranOfTheDay is Navy Veteran Donny W. Marlow, who served from 1988 to 1992, including on a submarine during the Gulf War.

Donny Marlow just graduated high school when he decided to join the Navy. College seemed like it was out of reach. He felt like the military was his only option. He liked water, was afraid to join the Marines, and hated flying. For him, the Navy was the logical choice. He soon shipped off for basic training in San Diego, California.

The Ohio native was 18 years old and had never been away from home. California was very different from Ohio, and the only thought that comforted Marlow was that he knew everyone else was just as scared as he was. Or worse.

After training, Marlow worked in maintenance. One time, while the ship was pulling into port, Marlow was watching the capstan rope to see if it was working properly. The rope wasn’t working properly, so he told the officer in charge. He responded that it wasn’t Marlow’s job to give opinions. The rope was put on backward. It came off the capstan, hitting Marlow in the face, cracking his jaw and knocking him unconscious.

Later, Marlow served on a submarine during Desert Storm. He spent five months on the sub without coming to the surface.

The Navy discharged Marlow in 1992, after what he said felt like a long four years in service. He earned his bachelor’s degree in psychology and used the VA home loan to purchase his first home.