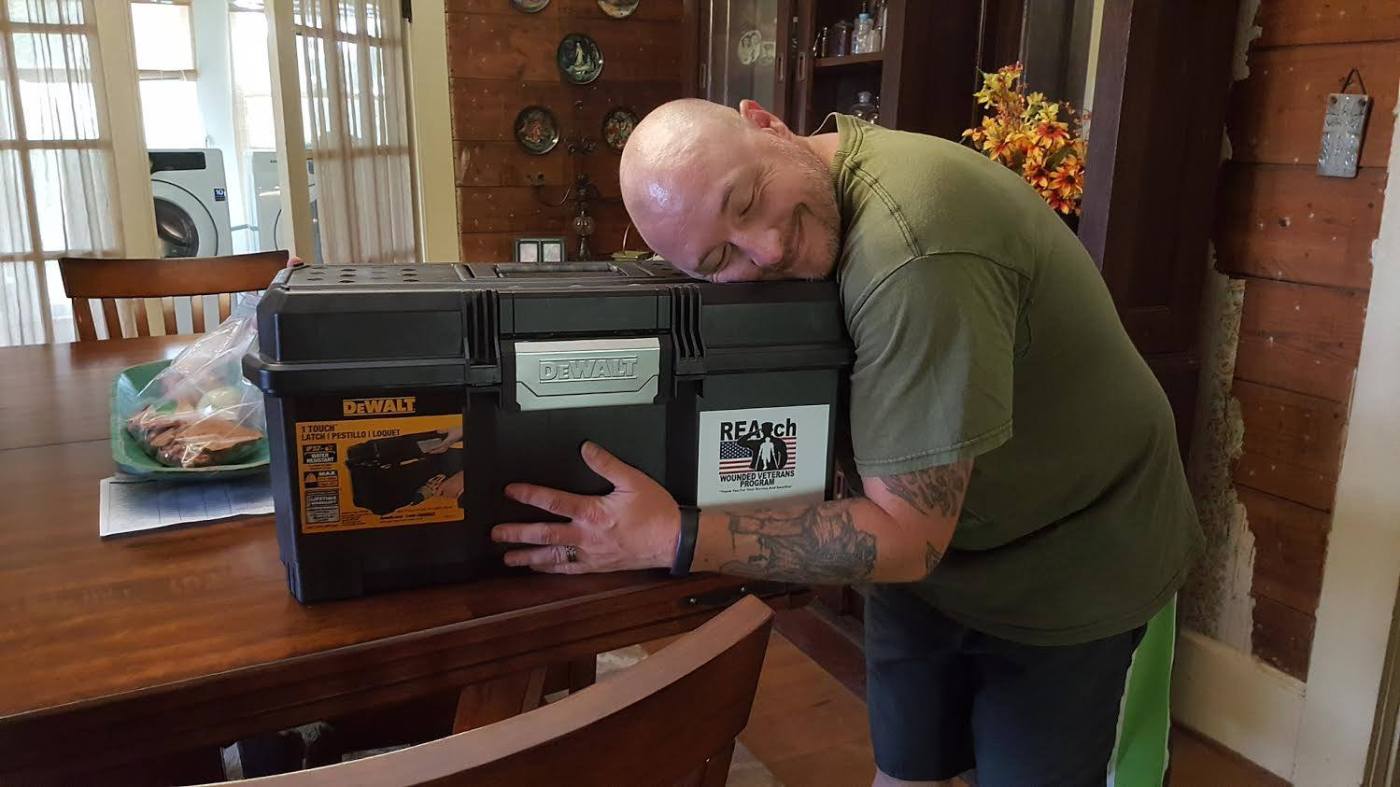 Shepherd refocused his attention on Post-9/11 combat wounded Veterans in 2012 by creating the Veteran Toolbox Program. He provided them with free toolboxes to assist with their transition into civilian life. Although Post-9/11 Purple Heart Veterans are priority for the program, all Veterans can apply.

U.S. Army Air Corps Veteran Bud Shepherd served as a B-17 tail-gunner in WWII and held as a Prisoner of War.

“I always wanted to do something for Veterans, and I came up with the toolbox program,” said Shepherd. “We talked to some tool companies, and they were interested in getting involved. We talked to Stanley and Black and Decker about what we wanted to do and they came back with one word – absolutely! APEX tools, Wooster paint brushes, and Johnson & Johnson are also great supporters.”

The REAch Veteran Toolbox Program has shipped more than 8,000 toolboxes to Veterans, which contains about $600 worth of tools.

“This is the most satisfying thing I’ve ever done in my lifetime,” said the 94-year-old.

Shepherd works six days a week, gets up at 5 a.m., and leaves work at 6 p.m. most days. But he’s no stranger to hard work.

He enlisted in the U.S. Army Air Corps in 1943, when he was 18 years old. He served in the 8th Air Force in England as a tail-gunner on a B-17. Enemy forces shot down his plane six months before the end of WWII. Shepherd was captured and sent to a prisoner of war camp near Berth, Germany.

“Once we got settled down, things went along fairly smooth because there was 9,000 of us, all Air Force people,” Shepherd recalled. “About 7,500 Americans and a few Brits. We were liberated by the Russians and I made my way back home.”

Tim Shepherd (left) son of Bud Shepherd (right) at the tool room getting 10 boxes ready to ship for the day.

“We hear from a lot of these guys and their families,” Shepherd said. “Last week we got an e-mail saying ‘You saved my husband’s life. He hasn’t been out of the house in three months but ever since he got his toolbox he’s been out in the garage or the backyard working on something.’”

REAch operates in Graham, North Carolina, but ships the toolboxes across the country.

“I go to the VA hospital in Durham, North Carolina, for yearly physicals, but my health is excellent,” he said. “These people down there that I deal with at the VA hospital, they are just good people… In my lifetime, I’ve been blessed, and I enjoy every minute of it.

Learn more about the Veteran Toolbox Program at: https://reainc.org