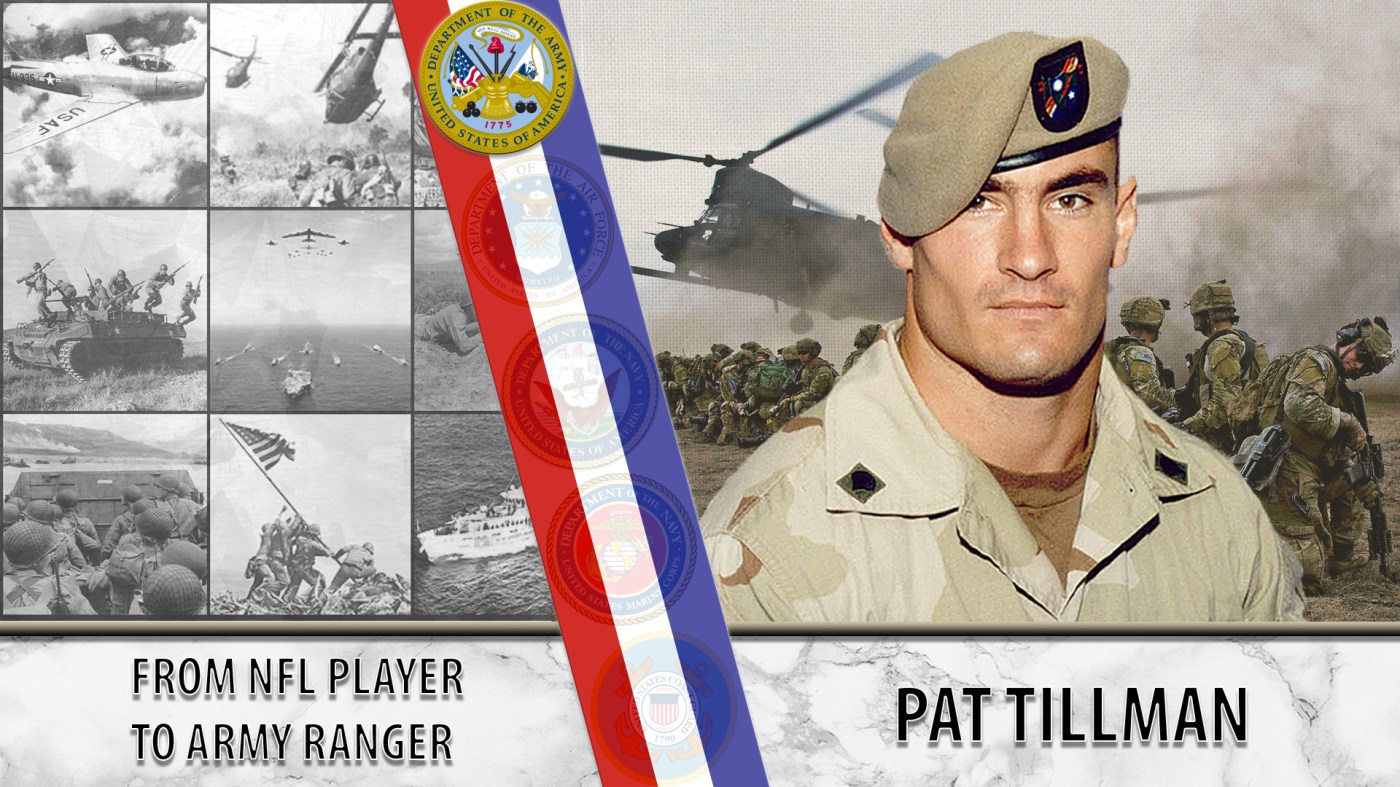 From NFL star to Army Ranger: Pat Tillman left professional football at the height of his career to serve in the Army following the events of 9/11.

With the start of the NFL season, we honor the service of a Veteran who played professional football.

Pat Tillman was born Nov. 6, 1976, in Fremont, California. He was the oldest of three, and was very close with his family and friends. At school, his football talent led the high school team to the division championship; it led him to a college scholarship at Arizona State University (ASU).

In 1998, the NFL’s Arizona Cardinals drafted him to play professionally. In his rookie season, he played ten games, helping the team to its first playoff berth in 51 years. He posted 145 tackles in 2000. As if that wasn’t enough, he prepared for the 2001 training camp by competing in a 70.2-mile triathlon. Because of his loyalty to the Cardinals, he rejected an impressive multi million-dollar offer to play for the St. Louis Rams.

After the events of Sept. 11, 2001, Tillman completed the remainder of the 2001 season, then turned down a lucrative contract extension from the Cardinals to enlist in the Army.

He wanted to serve his country.

He told NBC News, “My great grandfather was at Pearl Harbor, and a lot of my family has gone and fought in wars, and I really haven’t done a damn thing as far as laying myself on the line like that.”

Because of his decision, Tillman received a lot of attention from the media. Few people are good enough to play professional sports. Fewer rise to the top.

Tillman was killed in action April 22, 2004, in Afghanistan. His battalion was involved in Operation Mountain Storm, part of the U.S. campaign against Al Qaeda and the former Taliban government along the Afghanistan-Pakistan border. An Army spokesman stated that Pat was killed in the early evening during a firefight on a road about 25 miles southwest of a U.S. base at Khost.