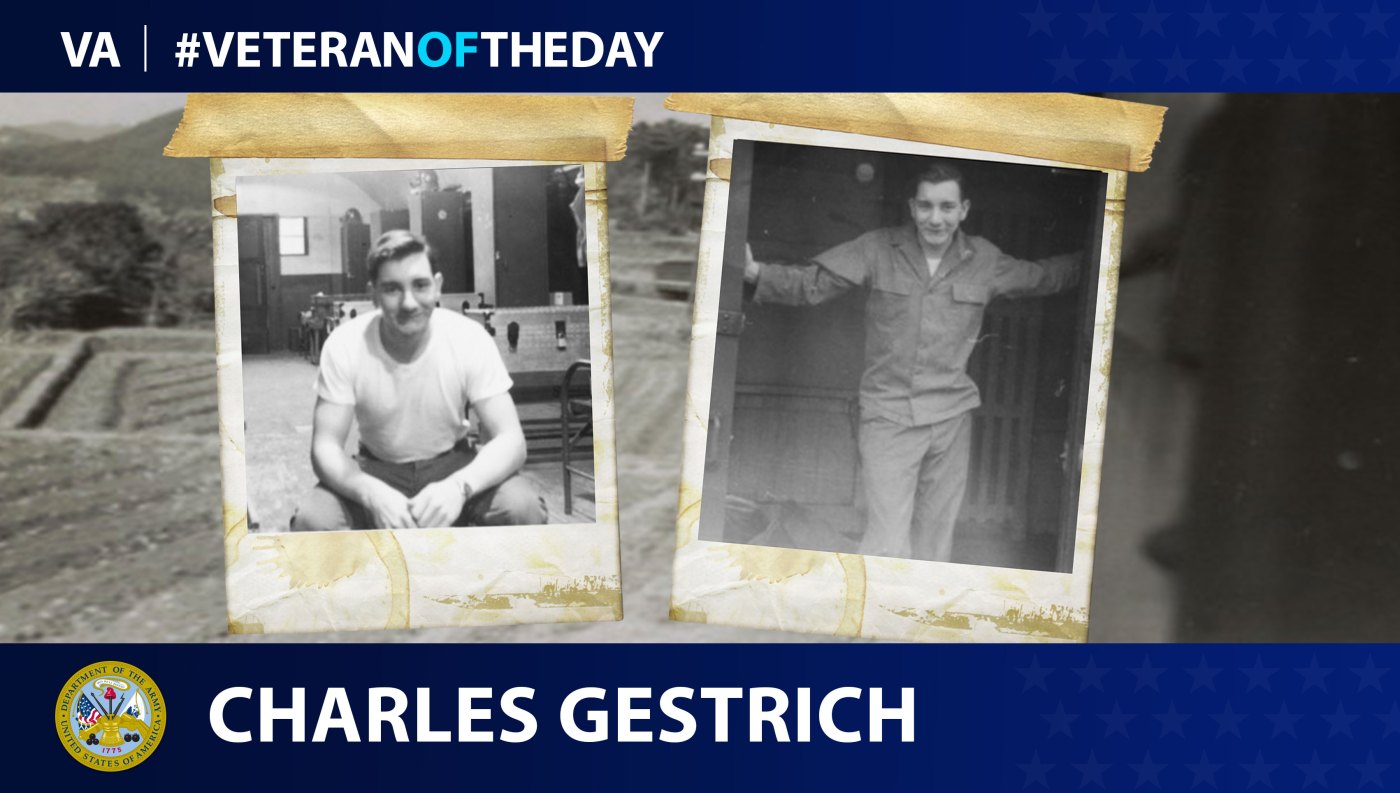 Today’s #VeteranOfTheDay is Army Veteran Charles J. Gestrich, who served as a railway mail clerk during the Korean War from 1951 to 1953.

Charles Gestrich was born in 1929. He graduated from Central High School in 1947 and then worked as welder and machine operator at Pittsburgh Railways. At 21, the Army drafted him and sent him to Camp Breckinridge, Kentucky, for basic training. After graduating basic training, he was sent to Fort Bliss, Texas, for antipersonnel training.

After training, and due to his previous work experience, the Army shipped Gestrich to Yokohama, Japan, where he worked the railway postal system. There, he rode mail trains to Sasebo and Sapporo.

In 1953, the Army discharged Gestrich. He went back to his old job at Pittsburgh Railways. Gestrich also went to the Pittsburgh Institute of Aeronautics for two years and earned his power plant mechanics license. He died in 2015.