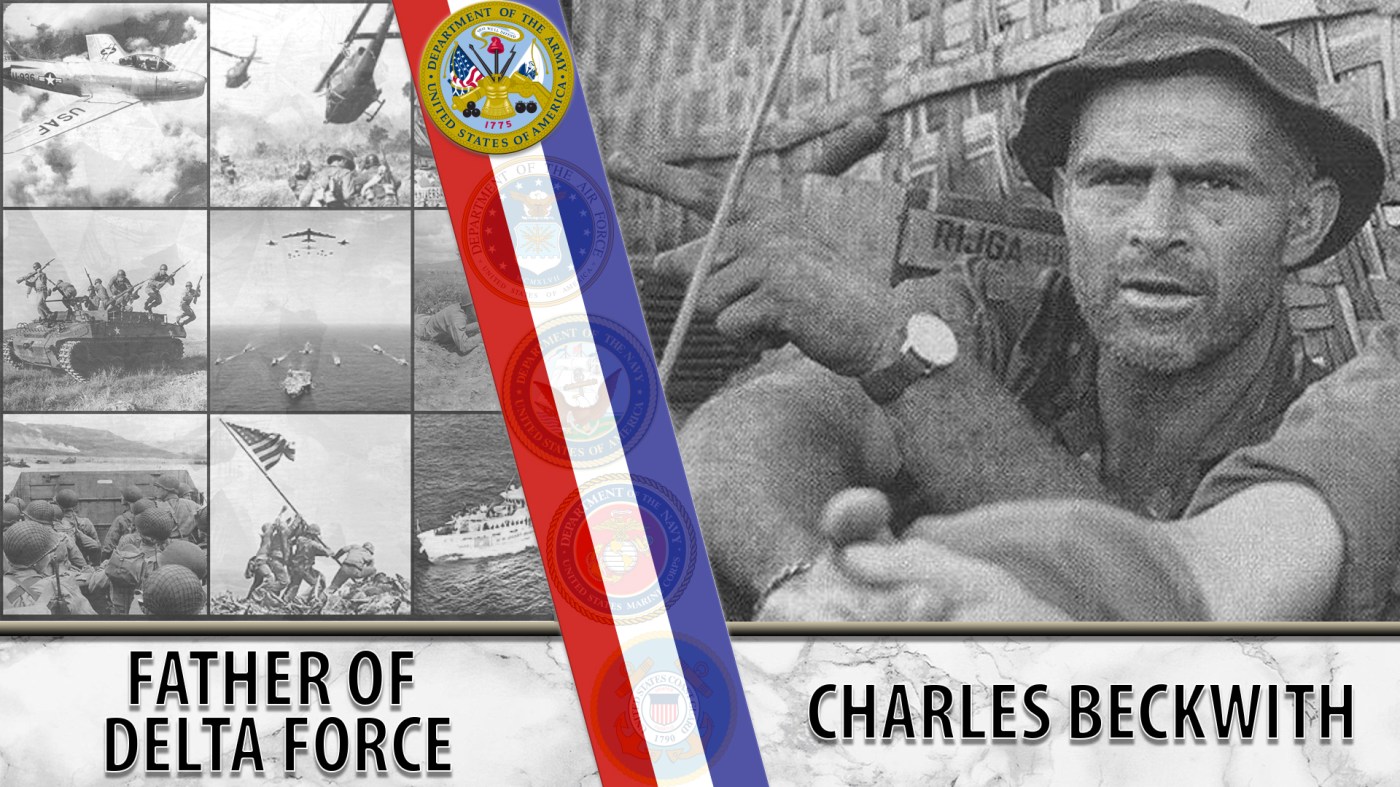 After graduating from the University of Georgia, Charles Beckwith turned down a chance to play football for the Green Bay Packers. He chose instead to serve his country in the Army. He deployed to Vietnam with the 7th Special Forces Group in support of Operation Hotfoot, a covert mission to train and advise Laotian military forces.

Origins of what would become Delta Force

When he returned from Vietnam, Beckwith joined an exchange officer program and led members of the British Special Air Service on counterterrorism operations in Malaya. There, he developed the idea for creating Project Delta, a Special Forces counterintelligence detachment. He created a selection process to find the right candidates, and then assumed command of its operation in South Vietnam.

While serving with Project Delta, Beckwith took a 50-caliber bullet to his abdomen, putting him in such a critical condition that the surgeons deemed him as beyond saving. He made a full recovery.

When promoted to Lieutenant Colonel, Beckwith returned to Vietnam with the 2nd Battalion, 327th Infantry, 1st Brigade, 101st Airborne Division, where his unit fought to establish Fire Base Bastogne.

After being promoted to colonel, Beckwith became the commandant of the Army Special Warfare School at Fort Bragg.

On Nov. 19, 1977, Beckwith co-created Delta Force to address the increasing threat of global terrorism. He led the elite unit on its first mission to rescue 54 hostages held at the American embassy in Tehran. Though the mission failed, Beckwith’s recommendations led to the creation of SOAR and JSOC.

Beckwith retired in 1981, then wrote a memoir about his time creating and leading Delta Force.

We honor your service, Charles Beckwith.