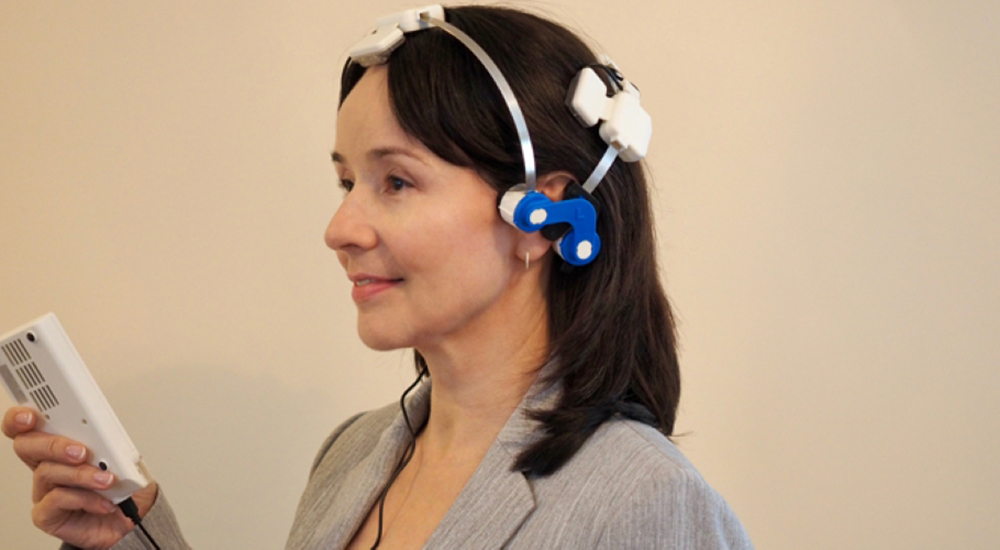 Eric Viitala, 49, is an Air Force Veteran of the Gulf War who lives in Maine. He experienced low levels of energy and concentration for years after his service. He had headaches, couldn’t finish projects, and was losing interest in things.

“My wife would tell me I left the cupboard doors open and she would walk into them. Or I’d put the recycling in the trash.”

Shortly after the Gulf War, Viitala hit his head in an accident in Saudi Arabia. When he visited the War Related Illness and Injury Study Center (WRIISC) in East Orange, NJ, he was diagnosed with traumatic brain injury. At the WRIISC, a doctor referred him to the VA Boston Healthcare System’s light-emitting diode (LED) therapy program.

VA’s Center for Compassionate Care Innovation has been working with VHA staff in Boston to explore the use of in-home LED treatment since 2018.

Last year, Viitala completed a 12-week course of in-home LED treatment while in communication with his VHA health care provider. He still uses the treatment at least twice a week.

Improvements in memory and energy way up

“There were huge improvements in my memory and concentration. My energy was way up. I’d pop up in the middle of the night and go clean the garage,” said Viitala. “It’s amazing because I have been dragging for years, but now I have the energy to go do things.”

The LED treatment does not disturb sleep.

During LED treatment, patients wear a lightweight headset affixed with light-emitting diodes. The arrangement of LEDs is customized for each person. The diodes do not generate heat and the treatment is painless and noninvasive. Each session lasts only 25 minutes. There is evidence to suggest that LED therapy promotes a healing response at the cellular level, due in part to increased blood flow.

When Viitala uses the LED equipment, he simply sits and relaxes with the LED headset on. The equipment was provided by VHA at no cost to the Veteran and belongs to him permanently. He went to Boston for one round of treatment at the medical center and to pick up the equipment. But he communicated with his health care provider by phone during treatment.

“It’s worth every second.”

“That was really helpful and beneficial for her to call and keep encouraging me. She would ask how it’s going. It helped remind me to do it.”

Viitala credits the staff members at the New Jersey WRIISC for validating what he was feeling and referring him to the LED clinic in Boston. He encourages fellow Veterans with similar symptoms to ask their providers about LED therapy.

“Don’t be afraid to speak out. There’s nothing to lose with LED. Nothing hurts. They don’t have to go inside your body. There’s no drugs, no side effects. It’s worth every second.”

For more information on this and other innovative treatments, please visit https://www.va.gov/HEALTHPARTNERSHIPS/CCIMission.asp.

Christine Eickhoff is a Health System Specialist with the VHA Office of Community Engagement.