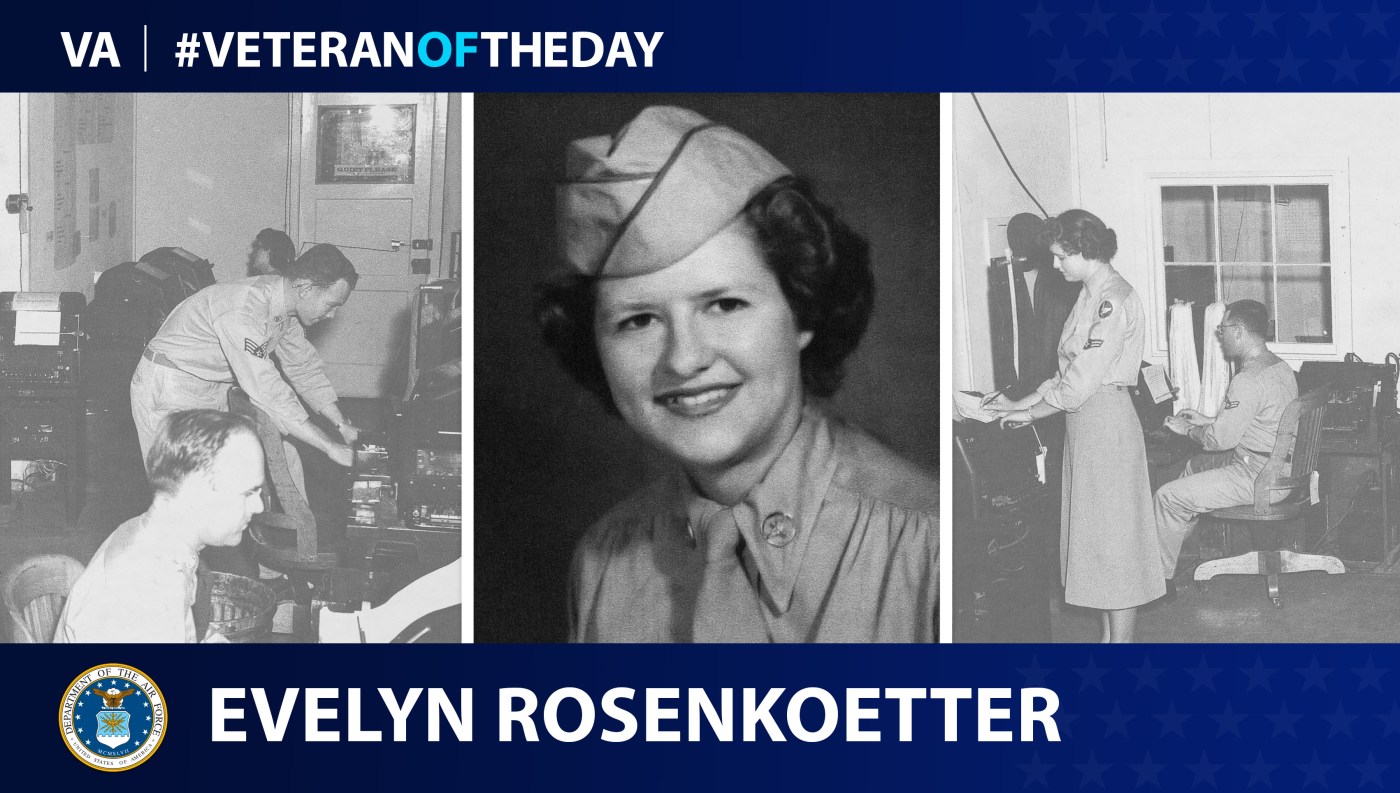 Today’s #VeteranOfTheDay is Air Force Veteran Evelyn Rosenkoetter, who served as a teletype operator during the Korean War.

In August 1949, Nebraska native Evelyn Rosenkoetter enlisted with the United States Air Force. She traveled by train to San Antonio, Texas, for basic training at Lackland Air Force Base. After completing basic training, Rosenkoetter went Francis E. Warren Air Force Base in Cheyenne, Wyoming. There, she trained as a teletype operator, responsible for transcribing and deciphering sensitive written documents onto encrypted tapes for mailing.

After completing her training, Rosenkoetter became as a teletype operator with the 9th Air Force Base Group stationed out of Travis Air Force Base, California. There, she encrypted and deciphered sensitive documents for the base. Following the United States’ entrance in the United Nations mandated defense of Korea, Rosenkoetter and her fellow teletype operators became inundated with work, at times working 12 hours a day, seven days a week, decoding and transcribing vital intelligence.

Roenkoetter completed her enlistment Nov. 19, 1952. Shortly after returning to her home state of Nebraska, she began working at Fairacres Dairy as an office cleric. After 27 years with Fairacres Dairy, she worked for Nebraska Transit, retiring after 15 years of service.