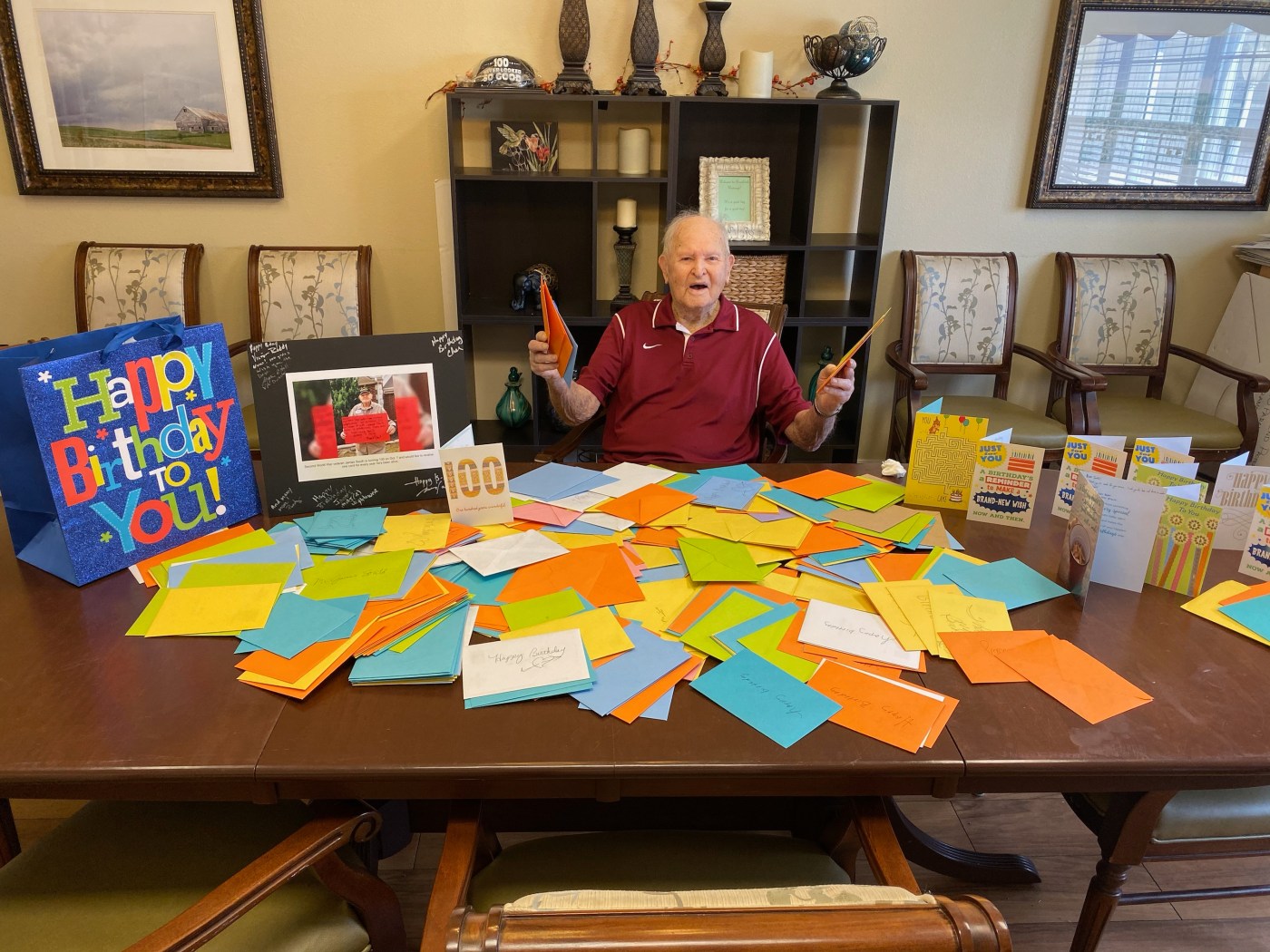 South, a World War II Veteran of the Invasion of Normandy, also spent part of the day reading some of the 300 birthday cards he received from VA North Texas Health Care System employees and patients. VA North Texas’ Veteran and Employee Experience team saw South’s plea on social media and answered the call for birthday cards through donations from staff and other Veterans.

These cards represented a small fraction of the nearly 100,000 cards he received after a simple Facebook posting asking for 100 birthday cards went viral and garnered national and international attention.

“What an honor it is to celebrate the 100th birthday of a true American hero like James South,” said Dr. Stephen Holt, VA North Texas Health Care System Director. “It’s so great to see our patient, Mr. South, thoroughly enjoying life and playing golf with his son at 100 years—we should all be so fortunate.”

South, who resides in a Watauga, Texas, retirement home, became a fan of regular written correspondence during his military service overseas when his then girlfriend would write him a letter every day. He would later marry that girlfriend, Sophie, and they enjoyed 55 years before her death in 2001.

“I’m so happy to get all of these cards,” said South. “I want them up on my walls so I can enjoy them every day.”

South is one of 134,000 active patients that utilize VA North Texas Health Care System for their health care over 1.5 million times per year.